The Environmental Studies Program continued its Climate Justice Lecture Series this past Tuesday with a lecture by James Hansen, a leading climate researcher and director of NASA’s Goddard Institute for Space Studies from 1981 to 2013.

Hansen began his talk by explaining the origins—and consequences—of the United States Industrial Revolution. Since the Industrial Revolution began, atmospheric carbon dioxide has increased at a rate of 2.5 parts per million per year as a result of fossil fuel usage, according to Hansen.

He explained that the increased carbon dioxide levels have caused Earth’s atmosphere to trap more of the sun’s energy, more commonly known as the greenhouse effect. Hansen connected the greenhouse effect to many of the problems commonly associated with climate change, especially record-high temperatures and steadily-rising oceans.

Historically, sea levels have risen an average of 14 inches per century, but this rate has doubled twice in the past century, Hansen said. He warned that a multi-meter rise in sea level—which could put more than half of the world’s major cities under water—may occur within 50 to 150 years if fossil fuel use continues at its current rate.

Following the overview on modern findings, Hansen gave a brief summary of his time in the government. In 1988, he and his colleagues concluded that based on empirical data, global temperature increase due to the effect of greenhouse gasses had already begun. In June of that year, he testified before the Senate and explained his findings.

The following year, he returned to testify again regarding climate change, but his testimony was altered by the White House with the goal of making his findings seem unreliable, he said. Hansen took his case to the public, and soon enough President George H.W. Bush attended the 1992 Rio de Janeiro Earth Summit—which Hansen attributed to the growing public concern about climate change.

Hansen’s proposed solution to climate change is based on two major changes in energy policy, he said. The first of these included stricter regulations, better-funded research, and a carbon fee and dividend, which would tax companies for fossil fuel emissions and distribute the money acquired to nearby residents.

His second solution involved nuclear energy. Despite the fear surrounding it, nuclear power is still the safest power source available. It is estimated that at least two million people have been saved by the use of nuclear power over fossil fuels, according to Hansen. Nuclear power is also far more efficient than otherenergy  options, he said. Unlike fossil fuels, nuclear power produces no carbon emissions, but still generates far more power than other carbon-free sources like wind and solar, Hansen said. Those “soft renewables” also require more materials than nuclear power and take up more space, he said.

To end his talk, Hansen called on the students in the audience to take action. In his view, it is the duty of college students to spread awareness and to fight for policy changes.

“We can achieve a more perfect union,” he said. “The bottom line is we’re going to need a new party if we are going to make America America again.”

The Climate Justice Lecture Series continues on Oct. 24 with Julia Olson, who is representing a group of 21 children in a suit alleging that the U.S. government knowingly failed to take action against climate change at great cost to future generations. Hansen is involved in the case, known as Juliana v. United States. 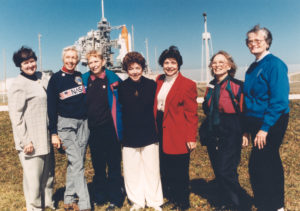