Boston College’s Institute for Liberal Arts welcomed Ying Zhu, professor of cinema studies at the City University of New York, to Devlin Hall on Tuesday, where she explained how the current trade war between the United States and China has affected Hollywood, as well as the relationship of the two nations’ film industries.

Zhu, who is also the director for film and moving image research at the Academy of Film at Hong Kong Baptist University, came to Chestnut Hill as a result of her friendship with Professor Martha Bayles, who first heard about Zhu and her studies in 2007 while she lived in Hong Kong. Currently, Zhu is in the final stages of publishing yet another book and has produced two documentaries: Google vs. China (2011) and China: From Cartier to Confucius (2012).

Zhu began by detailing the history of foreign films in China: The government banned American films from its theaters in the middle of the 20th century. This wasn’t reversed until 1994, when The Fugitive became the first U.S.-produced film to be screened in China. Now, China is one of the biggest film markets on the planet, having become critical to any major movie’s box office numbers.

She then switched tracks to explain the close relationship U.S. trade policy and the film industry, which began in 1934 after tariffs started to include production companies. This connection poses a serious threat for President Trump, who values both the market and the opinions of his supporters, Zhu said.

“Trump’s reelection campaign continues to drive his trade policy and make it harder for Hollywood to do business in China,” she said. “It’s especially severe, you see, because Hollywood films are one of the only exports that are imported at much higher rates than they are exported,” she said.

In 2001, then-President George W. Bush signed a proclamation establishing permanent normal trading relations (PNTR) status to China. In doing so, Bush nearly fully globalized the U.S. economy, according to Zhu—which is exactly what she sees Trump attempting to undo.

She made a point of noting, however, that elected Republicans aren’t necessarily on the same page when it comes to free trade. Zhu, who said that Trump is “arguably the most anti-free trade Republican president in history,” reminded the audience that when the PNTR declaration was passed, three-quarters of House Republicans voted to extend the status of permanent trade.

Media has always had an excruciatingly important effect on politics, she said. For example, when the movie Warcraft (2016) debuted, it was a flop in the U.S. market but was wildly successful overseas. Within two days of opening in China, Warcraft generated over ¥600 million, which is equivalent to $83 million.

Zhu said that U.S. production companies now must aim to “pander” to the Chinese market.

She gave the example of The Martian: The directors went out of their way to ensure that the Chinese National Space Administration played a prominent role in the movie, in hopes of drumming up excitement among Chinese moviegoers.

Another technique used by both Chinese and Hollywood directors is to purposely include very few cultural references, according to Zhu. She said that The Meg (2018) is a great example of this strategy. In a film that features both Chinese and American characters, there are hardly any instances of cultural norms or common stereotypes about Chinese characters—there are no Chinese math nerds, no accents, and no extremely gung-ho American characters, according to Zhu. Perhaps most importantly, there are no overt highlights of either government, she said.

Zhu said an easy way to avoid market issues is to simply side-step them: Some Chinese directors won’t even attempt to appeal to the United States’ market. Instead, to reap the most profit from their own market, they will mirror Hollywood techniques and produce the movie in their own country. The film Wolf Warrior II (2017) implemented this strategy and saw only 2 percent of its profit come from the American market, Zhu said.

A major roadblock that bars the Chinese from influencing global markets is their government’s strict Internet and media restrictions. Zhu cited an argument from Han Han, a popular novelist and blogger, who has said that “the restriction on cultural activities makes it impossible for China to influence literature and cinema on a global basis or for us culturati to raise our heads up proud.”

Bayles asked Zhu whether or not the Chinese could do what Hollywood did in the ’20s—strongarm their way into the overseas market in the wake of World War when the European market was in shambles. Zhu responded by noting that the conflicting interests of the government and the industry would probably preclude any growth, saying “the government wants to control propagation, and the film industry wants to make money.” 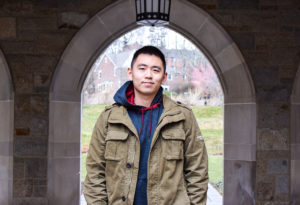 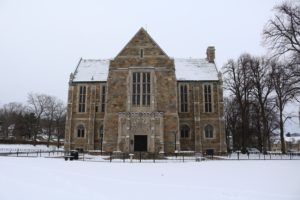