Maria Scibelli Greenberg is running as an incumbent candidate to be the Ward 1 councilor.

Greenberg is a cardiac sonographer at Newton Wellesley hospital and is originally from Springfield, Mass. She moved to Newton in 1992 and, after meeting her husband, decided to start a family here. Scibelli Greenberg ran for city council in 2017, but has been involved in the community in Newton for many years. She has been a member of the Nonantum neighborhood association since 2011, and she’s worked on projects such as village beautification, crosswalk painting, and sidewalk replacement, among many others.

Greenberg said that one of the biggest reasons that she decided to first run in 2017 was because of 2016 Presidential Election. Greenberg wanted to become more involved, and so when a current councilor told her she should run for city council, she decided to do it.

One of Greenberg’s priorities as a city councilor is to address the affordable housing crisis in Newton. Greenberg supports the Newton mayor’s plan to develop more housing and different types of houses to attract people of all ages and income levels into Newton.

Greenberg wants to reduce traffic congestion—it’s one of her top priorities because this is the most popular issue voiced by constituents. Greenberg thinks that voters of Ward 1 should vote for her because she has a proven record of getting things done, and because she has a long history of being an active member in a community that she cares about.

Allan Ciccone Sr. is challenging Greenberg for her seat. He has lived in Newton for all his life, attended public school in Newton, and is a Vietnam veteran, he said in a video recorded for newtv.org. He was also a Newton police officer.

“I am concerned about the infrastructure in our schools, especially on the north side of our city,” he said in the video, “and what the impact on them is going to be when there are 600 hundred units of housing under construction or proposed to be built.”

He is concerned about the city’s proposal to narrow Washington Street to three lanes, he said, due to the traffic that already develops there. He cited traffic diversions that run through Newton to get away from the Massachusetts Turnpike as potentially problematic, and promised to inform the public if these were to occur.

Ciccone Sr. also wants to see equal effort from the City Council when it comes to developing housing for seniors and developing affordable housing.

Alison Leary is running for reelection to serve a fourth term as councilor-at-large for Ward 1. Leary says that her ascent to the position of councilor on the Newton City Council was a natural progression.

The Newton native was active in the community long before she was on the Newton City Council. Leary served on the board of the Newton League of Women Voters and twice served as the vice president of the Newton Conservators, which is an organization that seeks to protect and preserve natural areas in Newton.

Leary said that one of her biggest priorities is to implement the citizens’ Climate Action Plan, which lays out a plan to gradually reduce the usage of greenhouse gases so that Newton can be carbon neutral by 2050. Leary has also focused on zoning reform and development in Newton.

Leary believes that zoning reform can create zones that more closely mimic natural boundaries and will create more opportunities for housing. Zoning can create better sidewalks and roads that will make it easier for people to get around and will allow people to be less reliant on driving, she said. Another issue on Leary’s agenda is the further development of Newton. Leary mentioned that she believes development of Newton could provide opportunities for more housing, especially for low- and middle-income residents, which she says Newton is in need of.

Allan Ciccone Jr. is also running for reelection. He could not be reached for an interview. 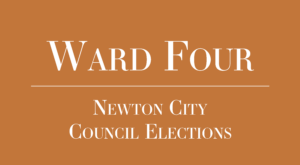 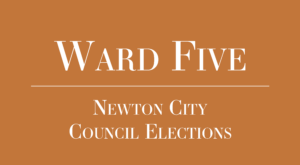 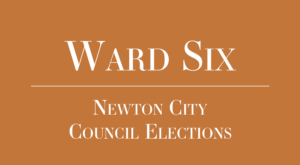