The Boston College student-athlete whose initial suspension was overturned by a judge in August is now requesting a jury trial against the University.

The student, “John Doe,” is bringing a suit against the University in which he alleges that investigators erred in finding him responsible for engaging in a non-consensual sexual encounter with another student, “Jane Roe,” in November 2018.

The investigative report, which was completed this summer, didn’t conclude that Doe had known or should have reasonably known that Roe was incapacitated by alcohol, but rather found him responsible because Roe did not give “clear and voluntary agreement” to sexual intercourse, a separate issue from her level of intoxication, according to court documents.

Many of the issues raised in Doe’s demand for a jury trial also appeared in his request for preliminary injunction earlier this year, which was recently heard by the U.S. Court of Appeals for the First Circuit after BC appealed.

Doe’s argument in his request for injunction was that BC’s “single investigator” model did not test the credibility of the complainant or of the witnesses because Doe did not have an opportunity to present questions that the investigators would be required to ask in interviews. Doe has argued that this deficiency violated his right to fundamental fairness, which is inherent in all contracts under Massachusetts common law.

In cases of reported sexual misconduct, the University’s policy is to conduct an investigation that allows for the parties to sit for interviews, put forth evidence, name witnesses, and review the evidence collected. The questions the investigators ask of the two parties and witnesses can be informed by previous testimony, but there is no formal process to present lines of questioning, according to court documents submitted by the University as part of the previous lawsuit.

Doe’s successful call for a preliminary injunction also claimed that the University erred when it denied his appeal on July 24 because Doe had learned of new evidence that could have affected the finding. One of Doe’s roommates—a witness in the investigation—had overheard “unambiguous signs of consensual sex from both parties,” including verbal instructions, but did not tell investigators, according to the complaint.

Doe’s demand for a jury trial lists five causes of action. Three of them—erroneous outcome in violation of Title IX, breach of contract, and violation of fundamental fairness—mirror the arguments Doe has previously made in support of blocking his suspension by addressing the investigatory model, the denied appeal, and the non-consensual finding.

The fourth cause of action is for “estoppel,” a legal defense often used when a party asserts facts contrary to a previous claim or agreement. Doe’s lawyers wrote that BC “should have expected [Doe] to accept its offer of admission and offer to join its [redacted] program, incur tuition fees and expenses, and choose not to attend other colleges” in part on the assumption that Doe would not suffer discrimination or be denied procedural rights. Doe weighed these explicit and implicit promises in his decision to attend BC, according to the complaint.

In describing the final cause of action, negligence, Doe’s lawyers wrote that the University failed to properly train and supervise Assistant Dean of Students Kristen O’Driscoll and external investigator Jennifer Davis. The complaint pointed to the nature of the finding—that Roe did not consent to sex, rather than was unable to consent—as evidence that the investigators did not properly fulfill their responsibilities.

Doe’s lawyers also said that the University was negligent in permitting Doe’s privacy to be violated, again noting that Roe reported her sexual assault to a BC employee with a relationship to Doe.

The demand for a jury trial expands on claims against the University beyond the process issues that previous complaints detailed—among them that the investigation resulted in an erroneous outcome, was biased against Doe for his gender, and violated his right to privacy. The complaint also includes new information about specific questions of credibility that the investigator did not thoroughly address, according to the complaint.

The complaint says that the investigators overlooked “unambiguous” evidence that Roe consented to sexual intercourse by giving verbal instructions during the encounter, assisting in the removal of her clothes, and instructing Doe to get a condom, all of which Doe testified to.

Doe’s lawyers pointed to “inconsistencies” in Roe’s testimony in each of her interviews with the investigators. These inconsistencies included Roe’s initial statement that she did not consent to any part of her encounter with Doe, which conflicted with her later testimony that she agreed to make out with Doe and helped him remove her clothes, according to the complaint.

More significantly, it criticizes the investigators for concluding that Roe was highly intoxicated to the point of being unable to make informed, rational decisions while also crediting her recollection when it diverged from Doe’s.

The final portion of the erroneous outcome claim alleges that Doe was not afforded a presumption of innocence due to gender bias, which the complaint says “was a motivating factor behind the erroneous findings and the decision to impose an unjustly severe penalty.” Doe’s lawyers cited the U.S. First Circuit ruling in Doe v. Brandeis (2016), which said that the Obama administration’s Dear Colleague Letter led universities to adopt “procedural and substantive policies intended to make it easier for victims of sexual assault to make and prove their claims and for the schools to adopt punitive measures in response.”

The Dear Colleague Letter is a 2011 Department of Education memo that reinterpreted Title IX, the federal civil rights law that prohibits discrimination on the basis of sex in education programs receiving federal funds. The letter told these institutions that sexual violence was a form of discrimination and instructed universities to afford a “prompt and equitable resolution” to sexual violence complaints as well as to utilize the “preponderance of evidence” standard in determining responsibility.

The preponderance of evidence standard is based on whether evidence points to at least a 51 percent chance the alleged assault occurred.

In addition to mentioning the effects of the Dear Colleague Letter, the complaint specifically cites the use of the word “victim” in BC’s Student Sexual Misconduct Policy. It also pointed to the final report’s inclusion of Roe’s behavior when informing her roommates of the alleged assault but not Doe’s reaction upon learning of the charges, which the complaint describes as “shocked, scared, upset and appearing as though he was going to vomit.”

Doe’s lawyers charged the investigators with misapplying the preponderance of evidence standard in deeming Roe’s version of events more reliable, despite a lack of cross-examination from Doe, either directly or through third party.

In addition to the breach of contract charge in the preliminary injunction filing, Doe also accused the University of a violation of confidentiality. The demand for a jury trial alleges that Roe, accompanied by a University employee, reported to another employee that someone had sexually assaulted her. That employee, who had an existing relationship with Doe, then determined Doe’s identity and called him into his office. The employee then spoke to a larger group about the meaning of consent, which Doe’s lawyers claimed allowed others to piece together the accusations against Doe.

Doe is suing BC for damages related to physical, emotional, and psychological damages; damages to his reputation; past and future economic losses; loss of educational opportunities; and the loss of future career prospects. The complaint cited Doe’s permanent disciplinary record, a delay in his anticipated graduation date, and the disclosure to potential graduate schools and employers as damaging. 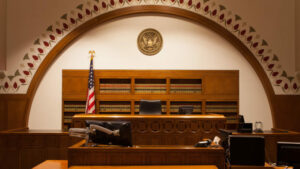 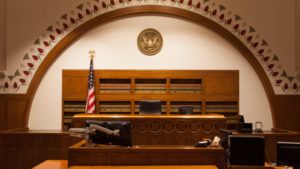 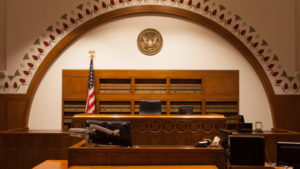