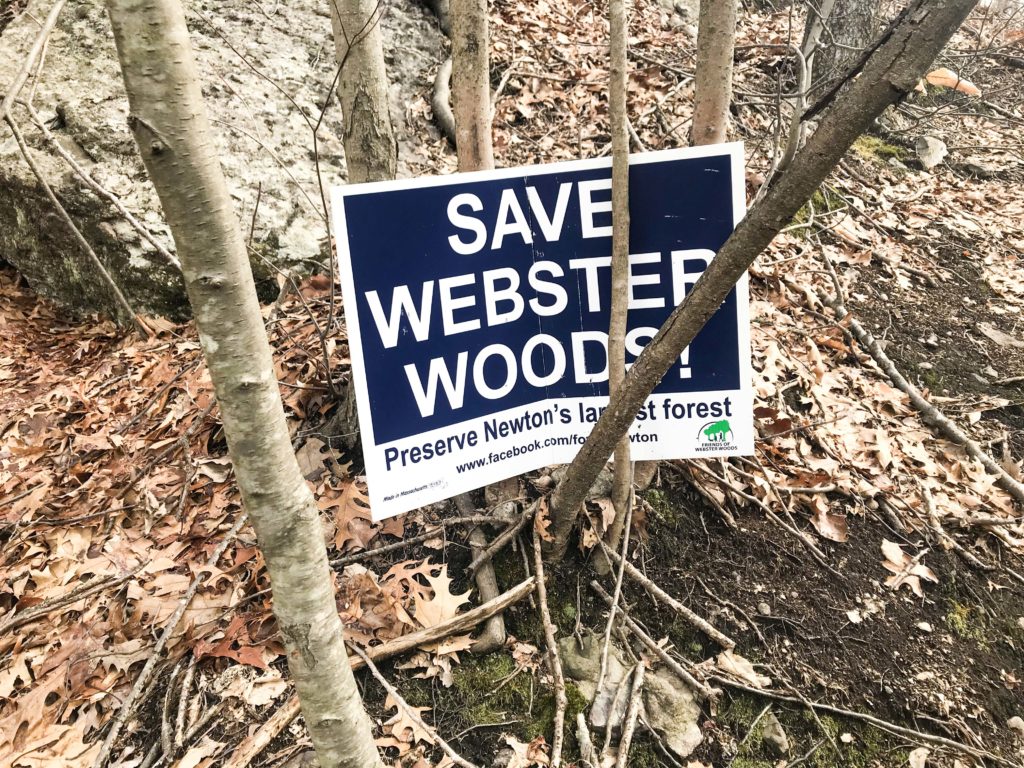 The proposal also includes the mayor’s request to accept and utilize a $200,000 donation from the Friends of Webster Woods, an activist group that aims to preserve the woods.

“We are disappointed with the City’s decision to seize Boston College’s property by eminent domain,” Associate Vice President for University Communications Jack Dunn said in an email. “This costly ordeal could have been avoided if the Mayor had not cut off negotiations, or had agreed to a land swap.”

In an interview with The Heights in September, Fuller said that she worked to come to a resolution with Boston College before deciding to move forward with reclaiming the woods.

Dunn said that the University will challenge the taking and the mayor’s appraisal of the land’s value in court.

“Our contention remains that the Mayor and City Council have grossly underestimated the value of the property and the legal cost associated with its seizure,” he said.

Under eminent domain, the government can take land from private groups as long as it pays them fair market value and maintains the land for public use. The woods were appraised to have a market value of $15.2 million.

BC purchased Webster Woods, which spans about 17 acres, along with the former synagogue and parking lot at 300 Hammond Pond Parkway for $20 million in 2015.

At Monday’s meeting, the City Council also unanimously approved a resolution from Leonard Gentile, councilor at large of Ward 7 and chair of the Finance Committee. The resolution states that the mayor’s office will ask the CPC to bond the $740,000 in funds that will be appropriated to cover legal fees of the acquisition so that the committee will still have this money in its account to fund other items.

Councilor Lisle Baker put forward a motion for the City Council to reconsider its decision to seize Webster Woods with a recommendation that the council vote it down so the process of passing the proposal could be completed Monday evening.

The councilors were told to vote “no” if they wanted the earlier vote on the acquisition of Webster Woods to stand, and the council voted “no” unanimously. The audience burst into applause as the City Council voted to uphold its decision.

Marc Laredo, president of the City Council, gave thanks to the people who took part in the process, especially Baker, who was a member of Fuller’s Webster Woods advisory panel.

“I think we all owe a great debt of gratitude and thanks to Councilor Baker, who is instrumental and tireless in leading the efforts in this as he has put in countless hours,” Laredo said. “He has organized our efforts. He has been exceptionally thorough, and I am deeply grateful.”

Update (12/3/19, 2:48 p.m.): A response from Associate Vice President for University Communications Jack Dunn and information from a previous interview with Mayor Ruthanne Fuller were added.