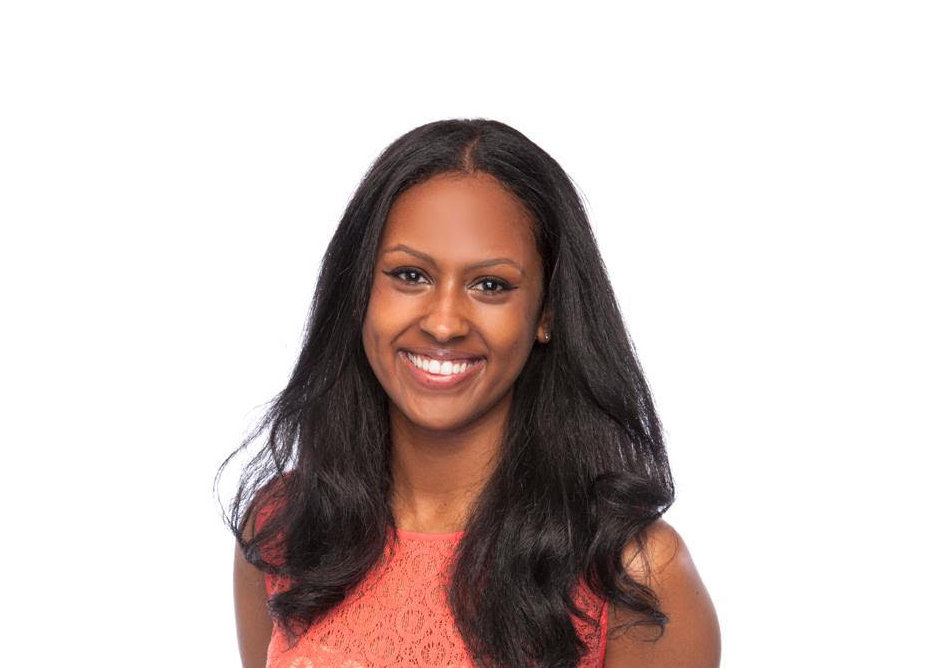 At Success Academy Flatbush, drop-off is between 7:15 and 7:45 a.m. Wintanna Abai, BC ’11, is there every day to watch the approximately 500 students, grades kindergarten through fourth, arrive at school. Though the drop-off is consistent, no two days are the same for Abai. As the principal of Success Academy Flatbush, the fast-paced environment of working in a school gives her new challenges every day.

Founded by Abai herself, Success Academy Flatbush opened its doors in 2016. Since then, 100 percent of students who have attended the academy have passed the Math and English Language Arts exam that New York City administers. This has only been accomplished by two other schools since 2013—Special Music School and P.S. 303.

During her time at Boston College, Abai realized her passions lay in education. A few months out of college, she moved to New York and began working as an associate teacher at Success Academy Harlem. She was promoted to lead teacher, and she taught both first and third grade before being promoted again—this time to assistant principal of a branch of Success Academy in the South Bronx. After one year in the Bronx, Abai founded a new branch of Success Academy in Flatbush, Brooklyn, where she remains today.

Abai grew up in west Los Angeles. Her family stressed the importance of a well-rounded education, she said. Abai attended Windward High School, a competitive private school that she said provided her with encompassing intellectual opportunities. Abai said that she was fortunate to receive this education and acknowledged the sacrifices her family made to afford her those opportunities.

Abai came to BC in the fall of 2007 after touring a number of East Coast schools. She picked BC because she had deeply connected with a high school teacher who was a BC alumna and because she resonated with the school’s ideologies, she said.

“I appreciated BC’s mission a lot in terms of thinking about other people and men and women for others … because I think that’s always something I’ve felt very passionate about,” Abai said.

Abai majored in philosophy and sociology at BC, and she was involved with the Undergraduate Government of BC as the director of programing. Being able to work with other students was an opportunity for her to further her own leadership skills and make connections with other student leaders at BC, she said. Abai noted that the most influential aspect of her time at BC was her involvement with the PULSE Program, which she said was hugely instrumental in her ultimate career path, influencing her desire to work in education. Her placement was at the Bird Street Community Center in Dorchester—which aims to foster intellectual and social leadership skills in the children and young adults at the center.

“I cared so much for the kids,” she said. “Actually getting to put a face and feelings to the students I had in my groups was incredible. I think that was a big part of me figuring out what I wanted to do. I felt happiest when I was doing that kind of work.”

The center’s mission contributed to Abai’s goals, she said, and ultimately inspired the work she would do with the Success Academy.

At BC, Abai was surrounded by peers she described as determined and hardworking. Working with them showed that hard work usually pays off, Abai said. Through her work in Dorchester at her PULSE placement, though, she was able to see that intelligence and competence couldn’t always guarantee success.

“All of the people I was working with [in Dorchester] were also hardworking and gritty, but they were not afforded the same opportunities as me,” Abai said. “I think that inspired me a lot as well.”

Abai’s experience in PULSE and with the other students she worked with directly impacted where she ended up. Not only did she discover her passion for education, but she also learned how to better serve others in all aspects of life, she said.

“That’s also very much aligned with Success Academy as well, which is about giving kids—no matter what their socioeconomic background is—quality world-class education,” Abai said.

During Abai’s four years as principal of Success Academy Flatbush, the school has grown from kindergarten and first grade to kindergarten through fourth grade with around 500 students. Abai said that she attributes her success to her absolute faith in her students.

“Of course I’m a competitive person,” she said. “But more than anything I feel moved by the mission, and I do think it is my responsibility, as well as others, to make sure that all children are getting quality education. My kids have shown that, with determination, with people believing in them, they are able to do it.

Abai emphasized her desire to immerse herself within the community. She always makes sure to live in the same neighborhood as the school she’s serving—she is working not to serve a community in which she is an outsider, but to better a community of which she is a member, she said.

Abai is conscious of involving families in the education system at Success Academy Flatbush, stressing the significant role the school’s Parent Council has played, both in organizing events and facilitating opportunities for students to spend quality time with parents and teachers.

Things that fall within this category of quality time include class cheers, games, awards, and a “Drop Everything and Read Day,” in which students and parents bring blankets and pillows to school and read together for the day. Abai explained that the students’ parents have often been subject to an unequal education system themselves, so it is part of Success Academy’s mission to build trust and to acknowledge that it serves not just the kids, but their whole families.

Recognizing that students from lower-income families are often ignored in the U.S. educational system, Abai said that she is very conscious when choosing staff for Success Academy Flatbush.

“I sort of think of this work of [our staff] is part of a revolution,” she said. “This country is failing so many kids, and everybody seems to turn the other way. I find that people who feel really passionate about that and feel determined to make it better and determined to give our kids exactly what they deserve end up doing really well.”

Abai said that her biggest challenge is learning how to cope with the circumstances that some of the children in the community face. By elementary school, many of her students have experienced homelessness or other hardships beyond what she and most of the staff members have ever dealt with, she said.

In spite of her impact on the community and families within Success Academy Flatbush, Abai reflected on her work with a sense of gratitude rather than triumph.

“Some of the kids live in shelters, some of them don’t have much, and they still come in excited and passionate to learn,” Abai said.

“I think that’s inspiring as an adult. … When you look into the eyes of our kids and see they can’t wait to tell you what book they read over the weekend, they can’t wait to go back to class to learn, they run up to school everyday … you become a better, smarter, more thoughtful person just by working with kids who are so kind and pure and gracious and loving and resilient,” she said.

Looking into the future, Abai said she wants to see continued growth at her school—there is a  waiting list of students who hope to be enrolled in Success Academy Flatbush. In contrast to so many surrounding school systems that Abai sees struggling, she is grateful to be a part of something that has continued to grow.

“My kids feel so proud to be at our school,” she said. “The point of our school is that they’ll flourish in Flatbush, and maybe they’ll go away to college, but they’ll come back to Flatbush because this neighborhood is just so special and has so much to give.”

For current students who feel inspired by the mission toward equal education and who want to get involved in the effort, Abai says that the most important step is to try. She described how she didn’t think she was a good teacher at the beginning of her career—but through being reflective and giving and receiving feedback, she has reached the point where she stands now.

“The expectation is that every day we are showing up better than we were the day before because we need to make a positive impact on kids,” she said. “I think [we] come in with a hunger and a passion to do well—and do better every day.”