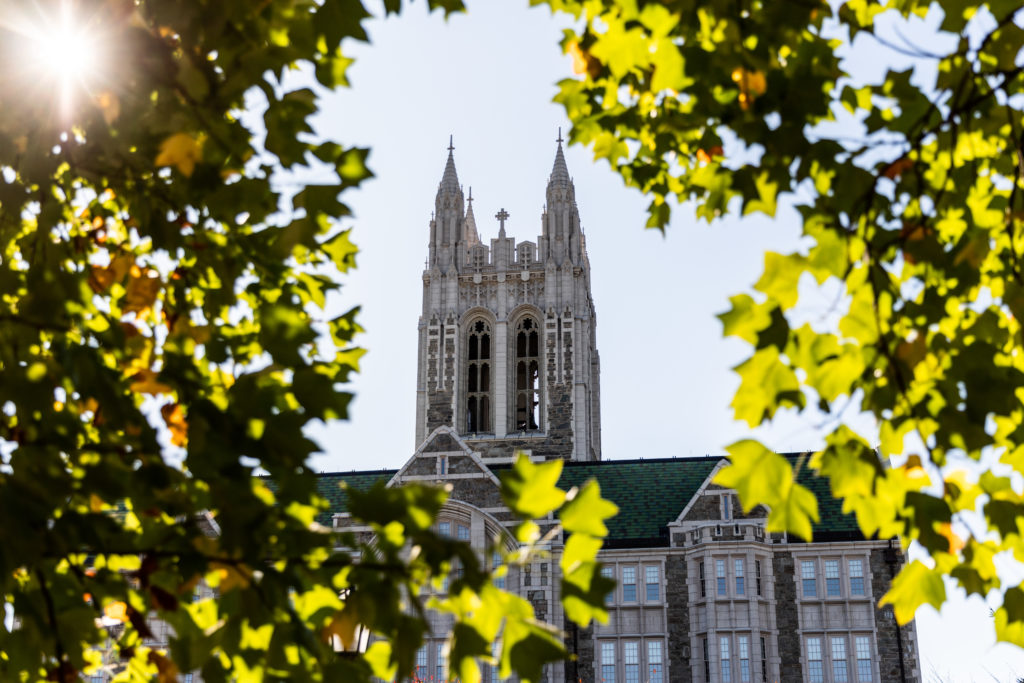 The lawsuit brought by a Boston College student-athlete against the University entered into discovery in U.S. District Court earlier this month. The schedule postpones the certification of any legal questions to the Massachusetts Supreme Judicial Court until after Judge Douglas P. Woodlock makes a summary judgment on the merits of the case over the summer.

Each side will have until May 13 to complete discovery, which will include depositions of fact witnesses and requests for documents central to the investigation into the suspended student, in addition to interrogatories and requests for admission.

The plaintiff, “John Doe,” was suspended in June after Boston College found him responsible for a non-consensual sexual encounter with another student, “Jane Roe,” in November 2018. In August, Woodlock ordered BC to allow Doe to return to classes for the fall semester after finding that the investigative process violated his right to fundamental fairness.

Key to Woodlock’s decision was Doe’s argument that he was not provided an opportunity to ask questions of Roe and other witnesses, or to write questions for a third party to ask, a process called “real-time cross-examination.”

Woodlock’s reasoning cited the August 2019 U.S. Court of Appeals for the First Circuit decision Haidak v. University of Massachusetts at Amherst, which says that public universities must provide an opportunity for real-time cross-examination under the constitutional standard of due process.

The First Circuit overruled Woodlock in November and reinstated the suspension, writing that “the district court abused its discretion” in comparing a private university’s obligation to provide a fair process to a public university’s due process standard. The First Circuit then remanded the suit back to District Court.

Both sides’ proposals for the Supreme Judicial Court contain questions central to the resolution of Doe’s claim that BC violated his right to basic fairness, addressing the lack of real-time cross-examination and fairness of the review and approval process.

In its November ruling, the First Circuit made a point of deferring questions of fundamental fairness to the Supreme Judicial Court or the state legislature.

While both sides agreed to limit requests for admission—statements that the receiving party must either admit or deny the truthfulness of—to 25 apiece, they disagreed on other forms of written discovery.

The parties have until June 10 to complete motions for summary judgement, at which point one side could move for Woodlock to dismiss the case without a full trial by arguing there are no factual disputes that would require a trial to sort out.

Both BC and Doe’s lawyers agreed that the University will produce the investigation file and evidence binder—which includes documents surrounding the investigation, the adjudication, sanction, and the appeal of Roe’s complaint against Doe—and statistical information about sexual assault complaints at BC since 2011.

Under the 2018-19 Student Sexual Misconduct Policy, the Dean of Students Office and the Student Title IX Coordinator received the final investigatory report “for their review and approval. In Doe’s case, this process was handled by then-Associate Dean of Students Corey Kelly and Associate Vice President for Student Affairs and Student Title IX Coordinator Melinda Stoops, according to court documents.

The Dean of Students Office was eliminated under an August 2019 “realignment” of Student Affairs that reorganized the division into new teams. Under the realignment, Kelly became the director of the Office of Student Conduct and O’Driscoll became the associate director. Stoops, who became associate vice president for Student Health and Wellness, retained her title as student Title IX coordinator.

They interviewed Doe and Roe multiple times, with each successive interview influenced by information raised by the other party, according to court documents. The University has argued that even though Doe could not formally provide questions to be asked of Roe, O’Driscoll and Davis were able to weigh Doe’s input in future interviews.

In July 2019, Doe attempted to appeal the “responsible” finding through Vice President for Student Affairs Joy Moore’s office. His appeal rested on the exclusion of testimony provided by “Roommate 1,” who lived with Doe and “heard unambiguous signs of consensual sex,” according to Doe’s initial filing of the lawsuit.

Roommate 1 did not participate in the investigation in part because Doe believed the investigation focused on Roe’s level of intoxication, not whether she consented at all, according to Doe’s original complaint.

BC’s initial notice of the investigation informed Doe that he had been accused of violating BC’s Sexual Misconduct Policy by “engaging in non-consensual sexual contact … without [Roe’s] consent while [Roe] was incapacitated.” The investigatory report ultimately found that “that [Doe] neither knew nor reasonably should have known, that [Roe] was incapacitated,” but it did find that Roe did not give “‘clear and voluntary’ consent” to the sexual encounter itself.

Doe’s lawyers have previously argued that the distinction represents a failure by the University to notify Doe of the accusation against him.

The University and Doe’s lawyers agreed on seven witnesses for the trial: Doe, Roommate 1, O’Driscoll, Davis, Moore, Kelly, and Stoops.

Doe’s lawyers identified several documents and one witness not named in the University’s filing, all of which relate to the handling of Roe’s complaint prior to the beginning of the investigation.

Doe’s eighth witness, Jocelyn Fisher Gates—BC’s Deputy Title IX Coordinator for Athletics—was the first to receive Roe’s complaint, according to Doe’s proposed discovery plan. She also “encouraged and accompanied [Roe] to a subsequent meeting about her complaint with another BC administrator,” according to the discovery proposal.

Information about Woodlock’s ruling on allowable witnesses was not publicly available with the other results of the Feb. 3 hearing.

The two parties agreed on what Doe should have to provide as evidence in discovery: all communications with Roommate 1 about Doe’s encounter with Roe, and all documents and communications concerning the investigation, adjudication, and appeal process.