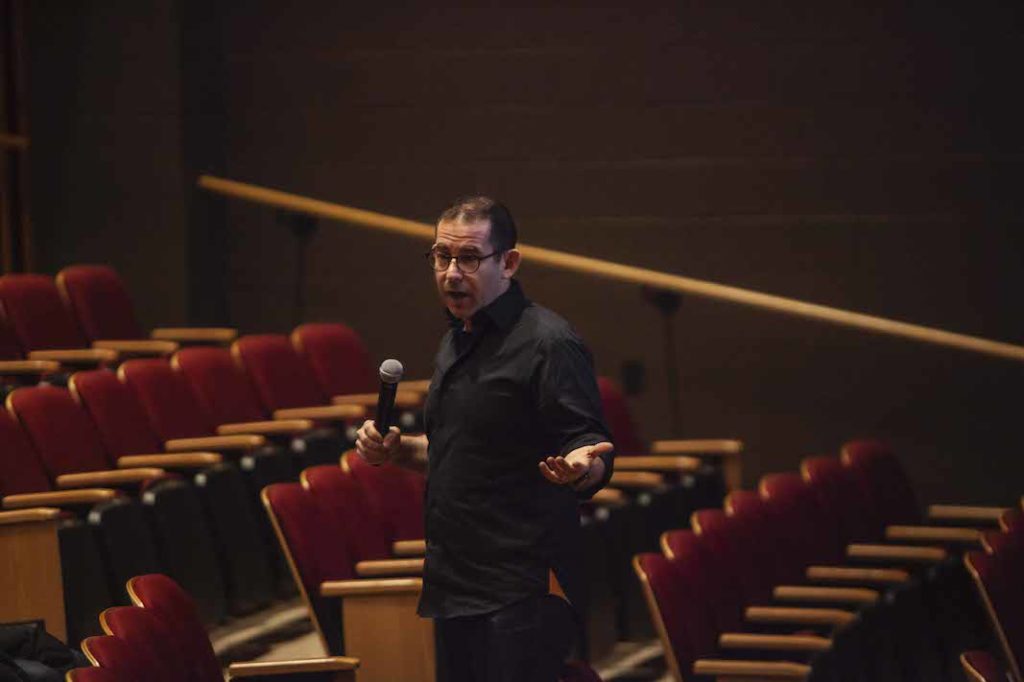 New York Times bestselling author Harlan Cohen addressed the emotional and social struggles that are central to the lives of college students on Feb. 27. Cohen, who has written various college-related books including The Naked Roommate, spoke to Boston College students about common problems students face, such as those related to relationships and self-confidence.

Cohen addressed the tendency of college students to stay in relationships they are unhappy in. People staying in poor relationships typically do so because they think they have no other options, according to Cohen. He recommended getting out of these relationships, as good relationships should improve over time.

“This is you feeling like you have a lack of options,” Cohen said. “When you have options, it’s very easy to demand respect and command respect, and the biggest problem is that a lot of you don’t know how amazing you are.”

Cohen also discussed how stress levels among college students are increasing, so much so that they are often more stressed than excited. He emphasized that most of the stressors college students face warrants little stress, in reality. No matter what, BC students are going to be great, Cohen said.

“Honestly, the stuff you’re stressed about, I can tell you with absolute confidence that being stressed about is not going to make it any better,” Cohen said. “The stakes are not that high. You’ve already been through the high stakes.”

As a result of increased levels of stress, college students also face decreasing levels of self-worth, according to Cohen. He said that during his freshman year of high school he asked a girl to the homecoming dance, but she said no because he was overweight. Cohen said he allowed this event to harm his self-confidence, which is something he regrets.

“I allowed this 14-year-old to be the evaluator of my value,” Cohen said. “I let her be the one to determine my value, and I realized that was the biggest mistake I made.”

Cohen went on to distinguish major changes in college into five categories: social, emotional, physical, financial, and academic. He challenged the audience to keep these in mind and think of their desires that will keep them motivated.

“I want you guys to want something, I think it’s really important to always have something you want,” said Cohen. “If you’re not excited about something, then something’s wrong.”

Cohen also stressed his concept of Universal Rejection Truth, which dictates that no matter what, there will be people who will respond to you in an unfavorable way. Rejection is a normal and natural part of life, but despite this, there will also be people who don’t reject you, according to Cohen. Sooner or later, he said, you will come across these people.

He also discussed how students should be open and share their goals with others, because one day, there might be someone with the ability to bring them closer to that desire.

A major barrier to people achieving their goals is impatience, according to Cohen. In an era of social media and the internet, people do not like to wait, he said. If people take their time, it becomes much easier to get what they want.

“The hardest part is being patient—everyone wants everything right now,” Cohen said. “Patience is the ability to tolerate the discomfort while going after what you want.”

Cohen encouraged the audience to tell themselves stories of the future as if it went well. By giving yourself positive thoughts about the future, people can significantly relieve their stress and increase their confidence, according to Cohen.

“Keep telling your story as if it happened. The worst thing that [can happen] is maybe a different story turns out, but at least [you] enjoyed that one,” Cohen said. “It really releases the stress. … because you’re going to be great.”