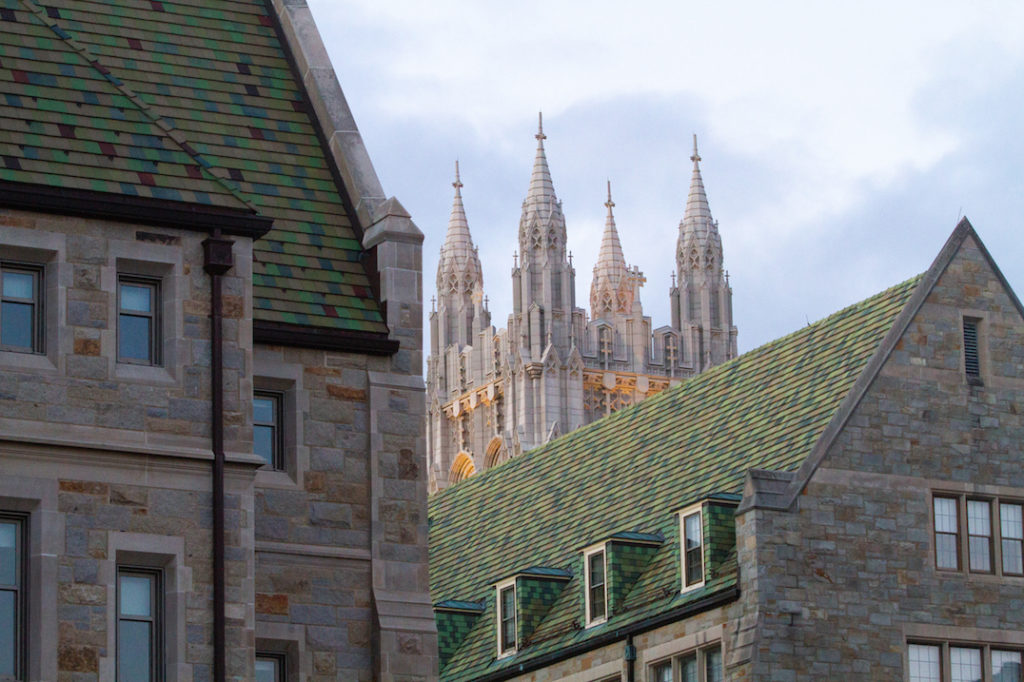 Students who were registered to live in Williams Hall on College Road next to Upper Campus for the 2020-21 academic year are being relocated to other living assignments on campus and possibly split up from their roommates as Boston College converts the residence hall into first-year housing, according to an email sent to students from the Office of Residential Life.

Approximately 70 students who were previously registered to live in Williams Hall will be moving to other spaces on campus, such as Greycliff Hall and Stayer Hall. Stayer Hall, on Lower Campus, contains suites typically occupied by juniors and seniors, while Greycliff Hall, several blocks down Commonwealth Ave. from Lower Campus, contains traditional rooms similar to those in Williams Hall.

“We did not make this decision lightly, and we are doing our best to make sure all students have a safe and healthy environment when we open the residence halls in the fall,” Jay Cusick, assistant director of Assignments and Occupancy, and Greg Jones, director of Housing Operations wrote in the email.

The Office of Residential Life will try to keep roommate groups together throughout the process of reassignment, which will occur on a rolling basis over the course of this week. Students will be allowed to request a random reassignment to a vacant space in another room with another housing group already assigned to the space.

Though the email did not say why Williams is being expanded into solely first-year housing, BC announced last week that this upcoming year it will not be housing students in “forced triples,” or traditional freshman doubles that house three students. With the change, the University would need to find more rooms to house first-year students.

Gleni Garnett, CSON ’23, expressed her frustration with this recent decision. Originally registered to live in Williams Hall, she and her group have now been relocated to Greycliff Hall.

“I think it’s unfair to do this when we’ve already gone through the housing process,” Garnett said. “They should’ve let us know that this was a possibility in the very beginning.”

Garnett said that the news has shaken up her and her housing group’s plans, and they are even looking to off-campus housing as a potential alternative to the reassignment.

“We’re also trying to look into off-campus housing, but BC’s timing is really unfortunate since we only have until June 30 to cancel our housing without a 20 percent cancellation fee,” she said. “We’re essentially scrambling for anything right now, but it’s difficult because it’s so last minute.”

The Office of Residential Life did not respond to multiple requests for comment.