Home » As Number of Positive Cases Climbs, BC Reminds Students of ‘No Party’ Policy 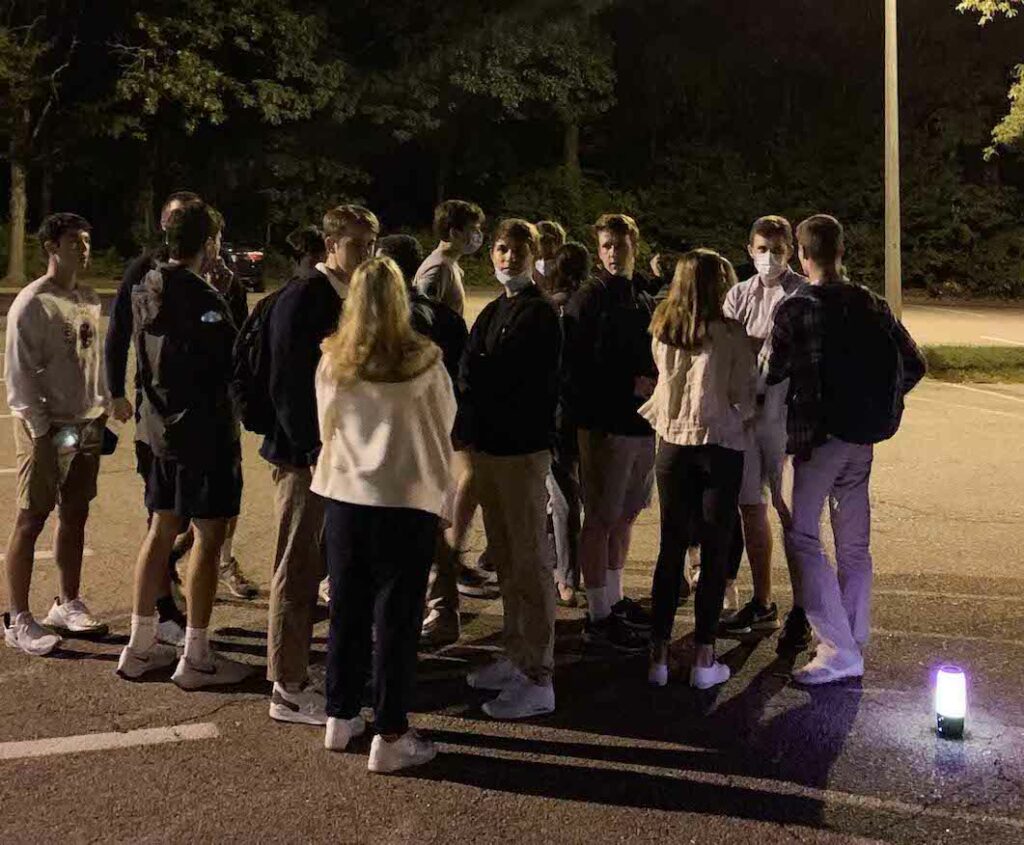 As Number of Positive Cases Climbs, BC Reminds Students of ‘No Party’ Policy

Boston College has reported 21 additional cases of COVID-19 among undergraduates since Thursday. The positivity rate for undergraduates tested last week dropped from 3.75 percent on Thursday to 2.5 percent on Saturday, according to BC’s COVID-19 dashboard. Between the Thursday and Saturday updates of the dashboard, BC said it has performed 1,419 undergraduate tests.

Sixty-seven undergraduates have tested positive out of the 2,647 tested since last Monday, Sept. 7.

The COVID-19 dashboard update contains a discrepancy in testing numbers, throwing into question the accuracy of the only source of regularly updated information about testing numbers that BC provides to the community. According to the dashboard, between Thursday and Saturday, the University conducted 1,419 undergraduate tests but only 1,234 community tests, though undergraduate test numbers are included in total community tests.

Senior Associate Director of University Communications Ed Hayward could not immediately be reached for comment explaining the discrepancy in numbers.

Eighty-two undergraduates were in isolation as of Saturday, with 42 recovering at home and 40 in University isolation housing. BC has leased 74 rooms at Hotel Boston for student isolation housing, and it has set aside additional rooms at Pine Manor College, and at other locations in Dover and Cohasset, according to the Pine Manor reopening website.

Twenty-two students had recovered as of Saturday, according to the dashboard. Since the University began testing on Aug. 16, it has conducted 25,084 tests with a total of 104 positives. Of the total amount tested, 15,084 were undergraduates, and all but two of the positives were undergraduates.

Vice President for Student Affairs Joy Moore emailed students on Friday afternoon reminding them that they must abide by the Eagles Care Pledge, which includes University and state guidelines regarding gatherings, testing, quarantine, and isolation. She also reminded students of the “no party” policy both on and off campus, and that violators of the policy may be subject to suspension and loss of on-campus housing.

Associate Vice President for University Communications Jack Dunn told The Boston Globe that BC had 30 positive cases among student athletes, many of which can be linked to an off-campus gathering. Dunn also said that the University has suspended dozens of students for violating social-distancing restrictions.

Moore’s Friday email reminding students to follow social-distancing protocols was the first email from the University about the state of COVID-19 cases on campus since Sept. 4, though the Friday email did not provide any information about the scale of the cases or the locations of any clusters on campus.

Despite Moore’s admonition, large groups of students gathered outside freshman residence halls on Upper Campus and Newton Campus just hours after the email was sent, many of whom were not social distancing or wearing masks.

No University officials were seen on site to enforce the University’s restrictions this past Friday night as dozens of students gathered adjacent to residence halls, many not wearing masks while standing in close proximity.

On both Saturday and Sunday night of Labor Day weekend, a week prior to Moore’s email, groups of students outside freshman residence halls on Upper Campus could be seen in close proximity, with some not wearing facial coverings.

The next morning, after a night of large student gatherings on the basketball court on Upper Campus, the University removed the rims and nets and placed a sign notifying students that the court was closed. Still, students gathered on the court that night and the next weekend. BC usually contracts Boston Police Department officers to patrol off campus and is continuing to hire the same number of BPD officers this year as it has in previous years.

Moore cited recent student gatherings as being largely responsible for the uptick in cases. Though many students have abided by the rules, she wrote, those who have not have put the BC community at risk and “jeopardized the successful semester that we have all worked hard to achieve.”

Chief of BCPD William Evans and the Office of Transportation did not respond to interview requests, and Dean of Student Conduct Corey Kelly was not available to speak with The Heights before press time.

Students began circulating a Change.org petition on Saturday calling on the University to place all students in a mandatory two-week quarantine to contain the current outbreak, and to test all students twice a week. The petition, which was created by Morgan Finnegan, CSON ’22, and has 239 signatures at the time of publication, also demands that athletic teams without fall seasons stop training.

It also criticized BC for testing at lower rates than other Boston universities, and it said the University has placed too much blame on students for the outbreak given its “extremely inadequate testing and policies.”

One week after its reopening in August, the University of Notre Dame temporarily moved classes online and further limited gatherings to contain an outbreak of 147 positive cases, including a rise of 102 cases in one day. Most cases being linked to off-campus gatherings. The University resumed in person instruction on Sept. 2 after a significant decline in positivity rate.