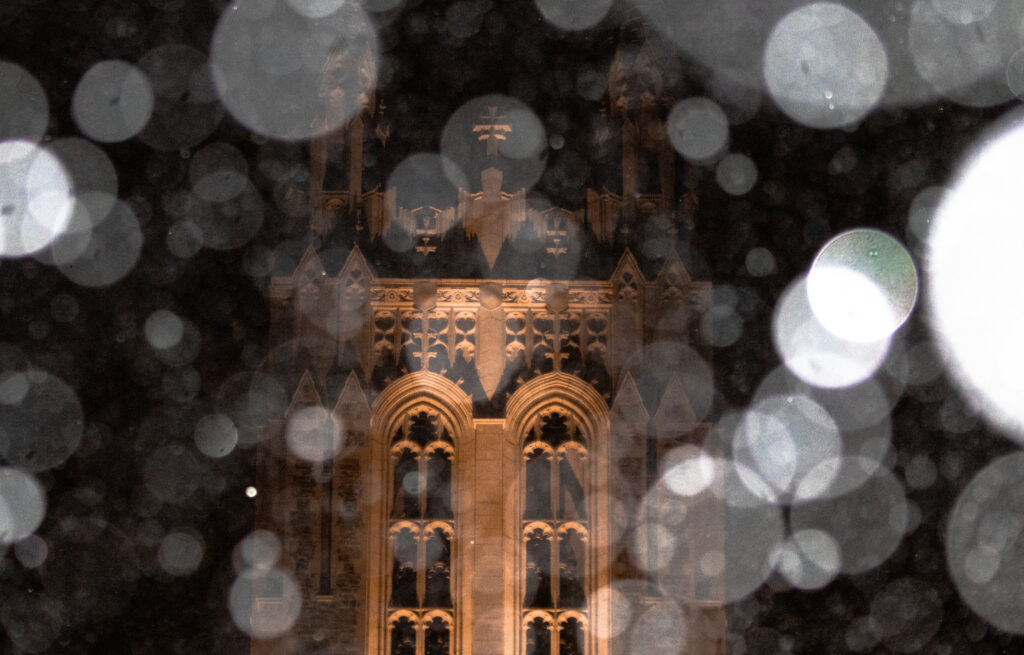 While in previous years students have gathered on campus to share food, poetry, and music to kick off National Hispanic and Latinx Heritage Month, students logged onto Zoom on Thursday for an event hosted by the Thea Bowman AHANA and Intercultural Center to mark the beginning of a month-long celebration of the historical contributions made by Hispanic and Latinx individuals in the United States.

This year, the event centered around highlighting some of Boston College’s newest and most prominent Latinx organizations to provide students with an opportunity to get involved with Latinx-based clubs and events on campus.

Co-chair of the AHANA Alumni Advisory Council Juan Concepcion, BC ’96 and BC Law ’03, was the event’s keynote speaker. He opened the meeting by introducing two recently inaugurated clubs, the Brazilian Club and the Colombian Club, and opened the floor for the club leaders to give introductions to interested students.

Valentina Pardo, co-president of the Colombian Club and CSOM ’22, stated her desire to promote cultural recognition on campus.

“We saw that there were many Colombian students at Boston College, but there wasn’t really a place for us to come together and share our passions and heritage … so we decided that we needed to create that platform,” Pardo said. “We also found that there are many misconceptions about Colombia, regarding what the country really is, so we wanted to raise awareness about who we really are.”

Bernardo Schuback, president of the Brazilian Club and CSOM ’21, shared his similar struggles in finding a community with other Brazilian students upon arriving at BC.

“When we got here, we had a Brazilian Club, but no one really did anything about it,” Schuback said. “It took us until my junior year to get a head start on our own club, and after scouting freshmen and other students to join, we’ve seen that the demand for the club was far beyond what we could have imagined.”

The meeting also featured presentations by the Organization of Latin American Affairs, the Mexican Association of Students, and the Cuban-American Student Association. The event also displayed a recording of past performances by Latinx dance groups VIP: Boston College Latin Dance and Fuego del Corazon.

Julia Wiersum, treasurer of the Organization of Latin American Affairs and MCAS ’23, expressed her aspirations to uplift Latin American students by establishing a safe group to share cultural experiences and customs.

“As one of the largest culture clubs on campus, the main goal of our club is to unify all of the Latin American countries and facilitate dialogue and events that foster a community among us,” she said.

Sadie Blanco, co-president of the Cuban-American Student Association and MCAS ’21, shared the values that she appreciates most about Latinx Heritage Month.

“It’s the opportunity to recognize and educate each other on the past and present contributions that Latinx citizens in America have offered over the decades, as well as a time to appreciate the cultural and spiritual characteristics that we all embody,” Blanco said.

Concepcion discussed the importance of language in Latinx culture, and said the shift in language to using the word “Latinx” improves the way Latinx heritage is perceived.

“The term ‘Latinx’ is one that did not exist not too long ago, but I’m excited for its use,” Concepcion said. “It is a very futuristic, very well-intended, and very necessary term that brings important discussion into our lives.”

Concepcion concluded the event by saying he appreciates the cultural commemoration that the month brings.

“After listening to so many beautiful expressions about what it means to be a Latin American, and to have so much pride for the great countries that we hail from, as well as the great racial groups which come together to create this tapestry, I think it is all simply incredible to have these moments,” he said. 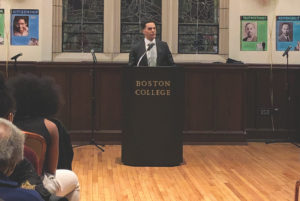