Home » ‘All In: The Fight for Democracy’ Charts Voter Suppression 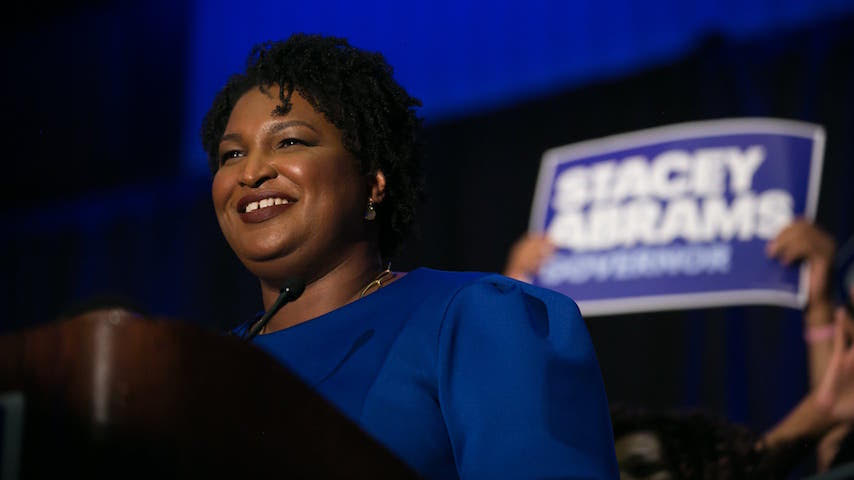 ‘All In: The Fight for Democracy’ Charts Voter Suppression

As everyone is well aware, the Nov. 3 general election is fast approaching. And among the political ads, concerns about voting in a pandemic, and polarizing rhetoric lies the fact that the United States has one of the lowest voter turnout rates in the developed world, according to the Pew Research Center. In fact, the center found that only about 56 percent of voting-age Americans cast a ballot in the 2016 Presidential Election.

It is this very issue that co-directors and co-producers Liz Garbus and Lisa Cortés try to tackle in their new documentary All In: The Fight for Democracy, which was released on Amazon Prime Video on Friday.

All In follows the history of voting and voter suppression in the United States, intertwining it with the story of Stacey Abrams’ failed run for Georgia governor in 2018. Abrams, who lost by an incredibly narrow margin and cites rampant voter suppression for her loss, co-produced the documentary.

Carol Anderson, a historian and writer who will coincidentally be speaking virtually at BC at the end of the month, argues in the documentary that voter suppression is an important part of this country’s political history, one that must be reckoned with to understand today’s democracy.

Moving from the country’s founding, when only white, male, property-owners could vote, to the passage of the 15th Amendment, which made it illegal to deny the right to vote to anyone based on “race, color, or previous condition of servitude,” there have obviously been a number of historic wins for voter enfranchisement. But the Jim Crow South’s literacy tests, poll taxes, and racial violence made it nearly impossible for people of color to vote for generations. Abrams remembers her grandmother telling her how scared she was to vote for the first time, even after the Voting Rights Act of 1965 was passed.

But All In acknowledges that Indigenous Americans, Latinx Americans, the poor, the young, and other groups have also felt the pressure of voter suppression laws.

“Intimidation from the government is real, it is powerful, and it is because of the changing demographics in the nation, the fear of what this larger vote can mean,” Anderson says in the film.

Abrams and the other historians included in the documentary also focus heavily on voter suppression that is currently happening in this country. The 2013 Supreme Court decision in Shelby County v. Holder essentially removed the protections afforded by the Voting Rights Act of 1965. Justice Ruth Bader Ginsburg, who died on Friday, likened the decision to “throwing away your umbrella in a rainstorm because you are not getting wet.”

The documentary cites this decision as the impetus for a new crop of voter suppression efforts—voter ID laws, voter purges, poll closures, gerrymandering, and more.

In aligning the story of American voter suppression with Abrams’ own political career, All In takes a decidedly political stance on voting in this country. The documentary blames conservatives in power for creating a hostile voting environment for the everyday American. Regardless of political leanings, however, Garbus and Cortés want to make one thing clear: the issue of voting in the United States is truly a fight.

And with historical context and statistics combined with emotional anecdotes from Abrams, Anderson, and other interviewees, All In makes a valid case for why every person should jump through the necessary hoops to vote in the upcoming election.

Though All In at times falls into the trap of being so context-focused that it moves too slow to keep a viewer’s attention, the most interesting thing is how it shifts the blame of low voter turnout rates from the voters themselves to the systems in place, which it argues, are designed to keep people from the polls.

This argument differs so strongly from the very common political narrative that Americans are apathetic to their democracy, too lazy to take time out of their day to vote. All In rejects this thinking, and it empowers people to stand against the voter suppression that the documentary says runs rampant in this country.

“The fight over voting rights is ultimately about power,” says political writer Ari Berman. Though you may not agree with Abrams, Cortés, and Garbus that it’s conservative forces to blame for voter suppression, All In at the very least is an energizing call to action. The directors’ hope is clearly that in pulling back the veil on voter suppression efforts, people’s anger will be enough to motivate them to do whatever it takes to vote.

All In: The Fight for Democracy might not be the most entertaining or compelling documentary you’ll ever watch, but it’s certainly relevant. In shifting the narrative to voting as a right that must be fought for, the documentary aptly illustrates the lengths that Americans must go to in order to participate in their democracy. And whether you think those barriers to voting are justified or not, Americans must do whatever it takes to make their voices heard, in this election and in every election going forward. The country’s future and success depends on it.

All In: The Fight for Democracy Stacey Abrams
‘Antebellum’ Wrestles With Slavery’s Enduring Influence
Carmichael: Podcasts to Pass the Time