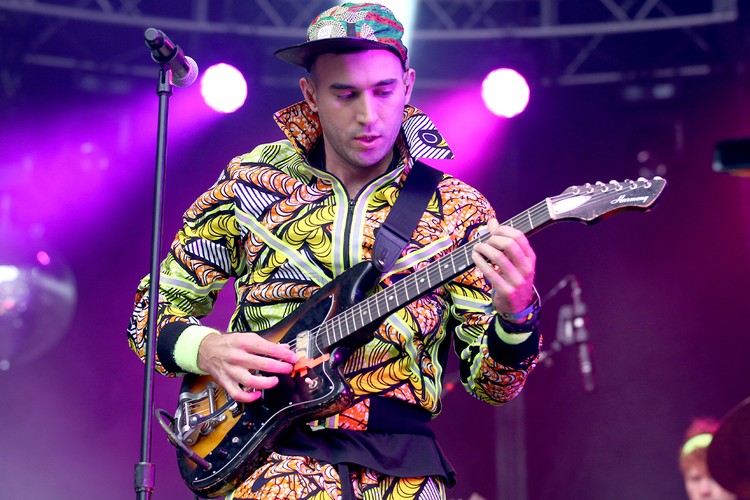 Sufjan Stevens’ eighth solo studio album, The Ascension, is a sonically complex reflection on personal longing and the artist’s skepticism of modern society. The electro-pop album, which came out on Friday, adds to Stevens’ diverse discography, which ranges from soft indie-rock to orchestral music to intense electronic. Through the cacophony of synth and drum sounds, Stevens’ smooth and whispering voice longs for love and questions the world he sees around him. Anyone looking for more soft love songs and rhythmic dance music, similar to the popular pieces Stevens contributed to the soundtrack of Call Me by Your Name, won’t find it on his latest album. Instead, the artist offers a thought-provoking record about his desires, hopes, and doubts set to soaring electronic beats.

The 15-track, hour-and-20 minute record opens with “Make Me an Offer I Cannot Refuse.” The song begins with the vocals of a chorus warming up, which are interrupted by a sputtering Stevens before the track quickly transitions to a heavy electronic beat. Multiple songs on the album layer choral voices on top of heavy synth sounds, showcasing the artist’s familiarity with a variety of genres. The song also introduces the collection of questions that Stevens continues to ask throughout the album. Stevens asks for guidance as he sings, “Move through to me / Show the face of all of my dreams / Was it all for nothing?” The track builds with a surging bassline and finishes with the fading echoes of the beat, as Stevens offers a pleasant introduction to the variety of sounds and words of longing that shape the record.

The album continues with the softer and reverberating tones of “Run Away with Me.” Stevens aches to escape the confusion and fears that he addresses on the rest of the album. Before diving into a deeper examination of his mind and reflection on society, he asks for his love to follow him in a “sweet falling fantasy.”

“Video Game,” arguably the best track on the album, jumps right into the artist’s resistance against pop culture and the reverence of celebrity. In a flat and self-assured voice he sings, “I don’t care if it’s a popular refrain / I don’t wanna be a puppet in a theater / I don’t wanna play your video game.” In the most striking line of the song, he sings, “All you want is what the resumé tells you,” criticizing surface-level desires. But the song mostly shares Stevens’ personal attitudes, and he is careful not to sound as though he is preaching to his audience. The thought-provoking lyrics are set to popping drum sounds that you can’t help nodding your head to.

Stevens sustains momentum with increasingly complex and layered beats. “Lamentations” is a funky mixture of vocal samples, Stevens’ gentle singing, and an ethereal ambience. The album takes a darker turn with “Die Happy” and “Ativan,” as Stevens vulnerably sings about the numbed and hopeless drugged state he finds himself in. He continues to ask for answers and guidance as he sings, “Is it all for something? Is it all part of a plan?” The album falters with “Goodbye to All That,” which features a beat recycled from earlier tracks. Stevens quickly recovers with “Sugar,” a mellow song with a catchy chorus that shows the artist’s exploration of the pop genre.

The album closes with the remarkable, 12-and-half minute song “America,” which Stevens fittingly released earlier this year on Independence Day. The song begins with haunting notes and then crescendos into a chorus of guitar and bouncing drum beats. Stevens seems to be telling a story as he peels back layers of sound, transitioning to softer eerie tones as the final song fades out. Stevens reveals how he has lost faith in the country as he laments “I have loved you, I have grieved / I’m ashamed to admit I no longer believe.” In an interview with The Guardian, Stevens discussed how this chaotic time has unearthed all the flaws of America, and he proposed that now the country has a chance for rebirth. Yet, there are no obvious protest songs or political statements on the album, only sounds of mourning and a hidden message of hope.

With The Ascension, Sufjan Stevens delivers a complex and intensely personal album that will make listeners contemplate their own desires and allegiances. If you were searching for the soundtrack to your next identity crisis, look no further. 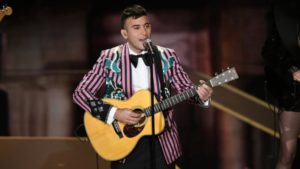