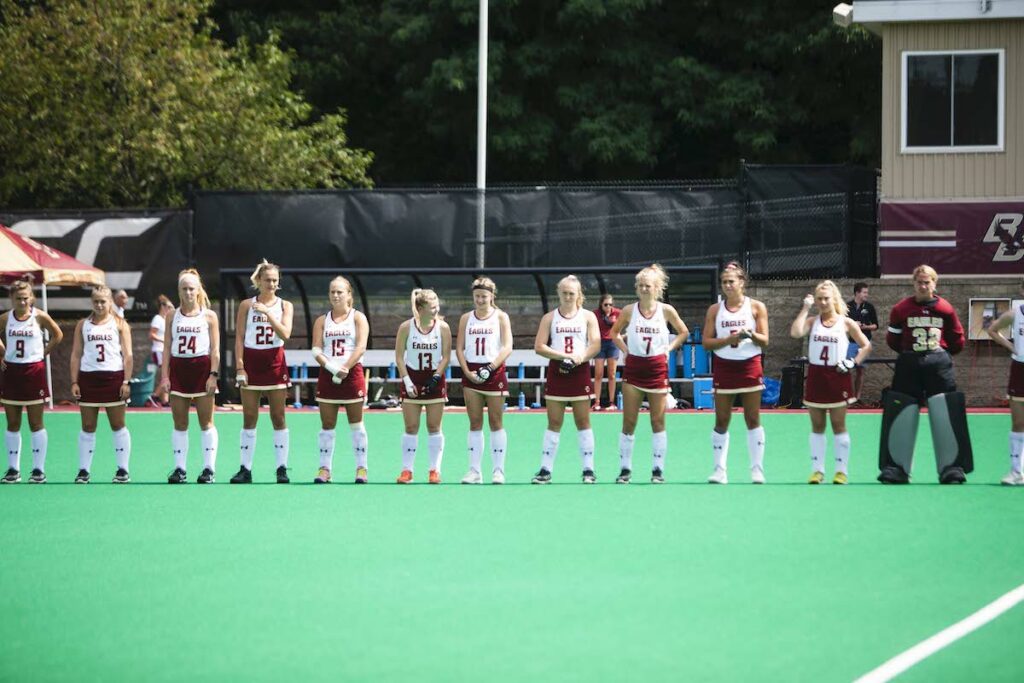 As a result of precautions related to the coronavirus, the next five Boston College field hockey games have been postponed, according to Senior Associate Athletics Director for Communications Jason Baum. One member of the team has tested positive for COVID-19, and due to contact tracing efforts, a total of nine other players are currently in quarantine.

All other members of the team were tested again on Tuesday morning for the virus, and all received negative results, Baum said in a press release.

The nine players currently in quarantine and one in isolation make up 47 percent of the Eagles’ roster.

BC was set to take on Syracuse twice this weekend—once on Saturday and again on Sunday. After that, BC was scheduled to play at Duke on Oct. 16, followed by two home competitions against Virginia on Oct. 18 and North Carolina on Oct. 25.

The Eagles opened their season last weekend—up to three weeks later than other teams in the ACC—with a 2-1 loss to Louisville.

BC’s coronavirus dashboard has reported a total of seven positive tests out of 4,642 conducted so far this week.