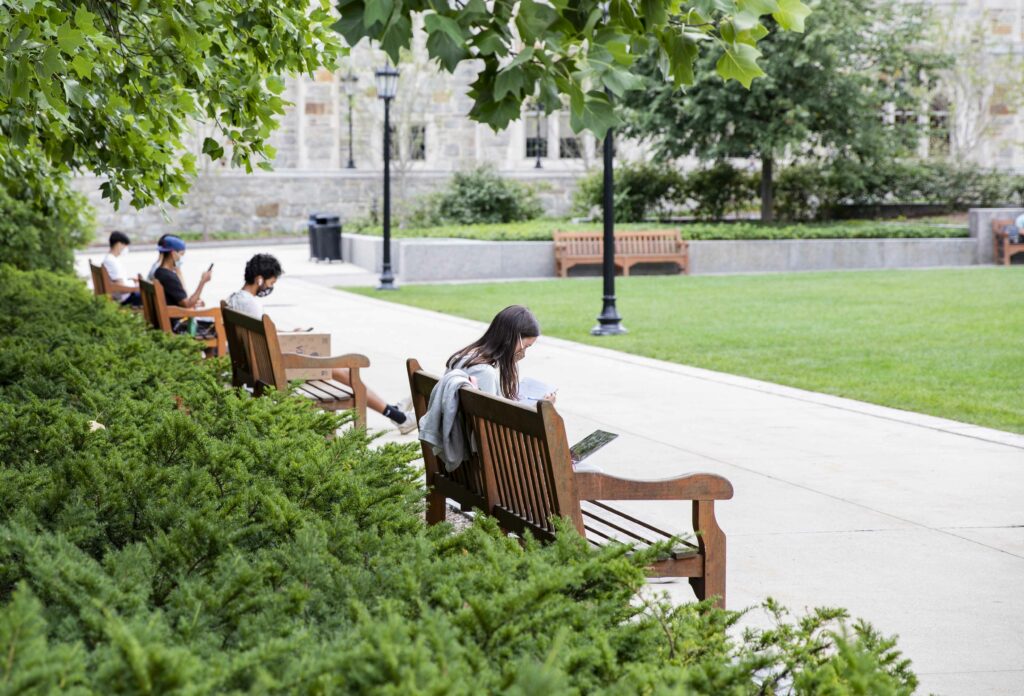 The University reported 27 new undergraduate cases of COVID-19 out of 4,734 undergraduate tests it conducted since the Wednesday update of its COVID-19 dashboard, a positivity rate of .57 percent. Fifty-seven undergraduates tested positive last week, the second-highest number Boston College has seen this semester, surpassed only by the outbreak during the second week of the semester when BC reported 73 cases.

The new cases BC reported on Thursday and Friday were the second- and fourth-largest increases respectively in positive tests at BC in a single update this semester. The largest increase in cases the University has seen was during the week 2 outbreak when the total number of cases more than doubled, prompting widespread media coverage.

Students who tested positive last week and those who will be tested this week, as well as those they list as close contacts, must isolate or quarantine through the Thanksgiving holiday this week, according to an email from Associate Vice President for Student Engagement and Formation Tom Mogan.

Sixty-seven undergraduates were in isolation housing as of Saturday after testing positive for COVID-19, the largest number since Sept. 17 when 85 students were in isolation. The University does not disclose how many students are in quarantine for coming into contact with someone who has tested positive.

BC required all undergraduates to be tested last week as many students prepared to return home for Thanksgiving Break this week. An equipment issue at the Broad Institute, which BC contracts for its COVID-19 testing, delayed many of BC’s tests last week, affecting tests the institute received from the early afternoon on Wednesday through midday Thursday.

Of the 67 undergraduates in isolation as of Wednesday, 54 are in BC isolation housing and 13 are isolating at home.

The University also reported in its Wednesday update that it had conducted 108,990 total tests this semester, with 350 total positive cases, through Friday. These numbers include 81,039 undergraduate tests, with 332 positive undergraduate cases.

Senior Associate Director of University Communications Ed Hayward told The Heights on Thursday that the increase is consistent with nationwide trends.

“The increase is consistent with all colleges and universities in the region and cities and towns across the country,” Hayward said. “We are testing all of our students this week and urge all members of the community to continue to follow public health guidelines and to maintain the discipline and cooperative spirit they have shown throughout this unprecedented semester.”

The spike in cases of COVID-19 at BC comes amid an increase in cases across the Commonwealth and in the Boston area over the last several months, similar to numbers the area saw earlier this year. The seven-day Massachusetts positivity rate came in at 3.02 percent on Sunday, down from 3.17 percent on Wednesday.

Boston’s positivity rate for the week of Nov. 9 through Nov. 15 was 5.6 percent, down from 9.6 percent the week before. According to the Thursday update of the Commonwealth’s weekly dashboard, Boston is in the moderate-risk category for COVID-19, while Newton falls into the low-risk category.

8:20 p.m. on Nov. 23, 2020: The sentences “Under the same metric Massachusetts uses to determine community transmission risk, based on approximately 8,600 undergraduate students taking classes at BC this semester, BC’s average daily cases per 100,000 undergraduates for the past two weeks is 66.5. This means that, with an undergraduate population under 10,000, BC would be considered a high-risk community for COVID-19 transmission.” have been deleted as the application of high-risk community standards to Boston College is misleading in this context.

boston college Coronavirus COVID-19
Editorial: Men and Women for Others? Or Men and Women Against One Another?
‘The Crown’ Captivates With Endless Scandal