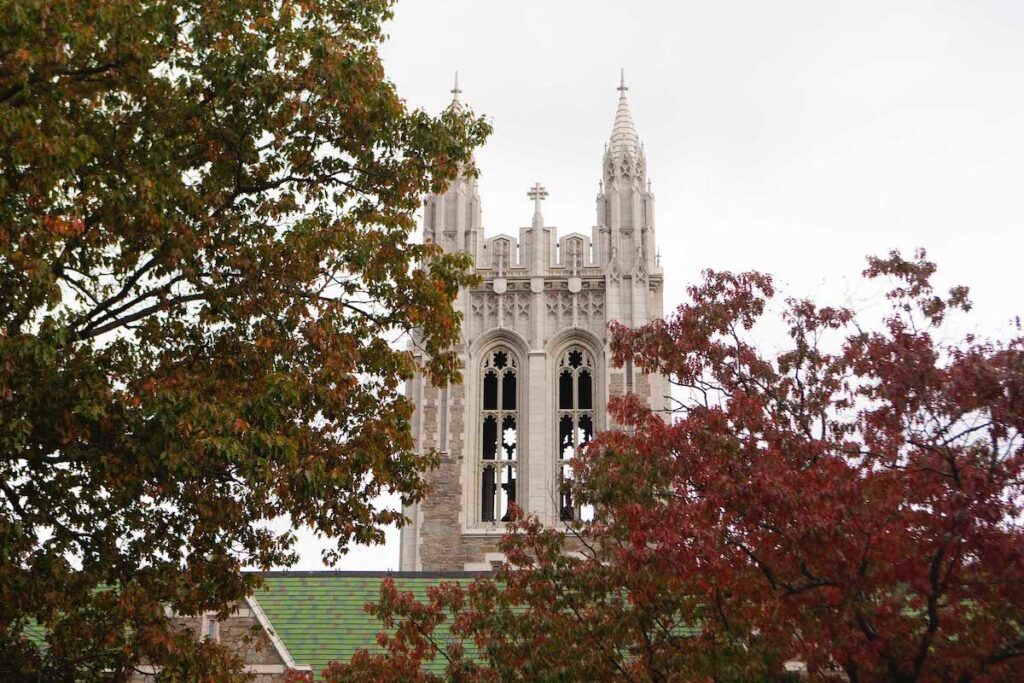 David Queeley, director of eco-innovation for the Codman Square Neighborhood Development Corporation, said that it is his team’s mission to be actively anti-racist and equitable by ensuring that everyone has equal access to resources.

Queeley outlined his organization’s process of planning and enacting projects in the Codman Square Neighborhood of Dorchester at the virtual 2020 Jane Jacobs Lecture on Nov. 17.

One major issue Queeley’s team faces is the conflict between improving the neighborhood and the risk of gentrification. If the neighborhood is greatly improved, many more people may want to move in and displace the current residents.

Queeley also described his corporation’s desire to promote urban agricultural sites, which are small farms or gardens found in urban areas, sometimes on roofs or in empty lots. A major part of this mission is helping men of color re-enter the workforce after serving time.

“We actually teach men of color who are re-entry citizens … how to grow, how to market, and how to sell, and how to interact with the public … particularly because men of color in Dorchester, in Boston, are a disenfranchised population,” Queeley said.

Queeley said one example of the work his corporation provides is planting trees in urban areas. Men who are re-entering the workforce can plant trees to provide shade, lower cooling costs by reducing the need for air conditioning, and decrease the amount of dangerous particulate matter in the air, he said.

“They are frequently shut out of the job market,” Queeley said. “ … If you were ever involved in the court system … it’s much harder to find a job, so you frequently end up in a recidivism position where you end up going back to jail for various reasons, so we’re trying to prevent that and kind of break that cycle.”

Queeley also discussed the correlation between race and environmental impact. Because many neighborhoods with large minority populations are often low-income communities, environmental infrastructure is usually lacking, he said.

He said that one major issue at the intersection of race and climate change is stormwater, and one solution to this issue has to do with green infrastructure. Sidewalks on one side of a street may be removed to make way for green spaces or drain swells, which will return the water to the water cycle and decrease the amount of heat released from sidewalks, Queeley explained.

Queeley said that this green infrastructure is incredibly important because 68 percent of the world’s population is projected to live in urban areas by 2050.

Energy usage and new ways of thinking about that energy are also a major part of urban sustainability, Queeley said. Companies that invest in solar energy can then pass on their excess energy and savings to other people.

“If we have excess energy … we can actually act like our own electrical company and give that excess energy to somebody,” Queeley said. “So how do we do that? How do we figure out a way to incentivize folks, number one, to insulate their homes because that’s the easiest … thing you can do to save money, and then if they go and do that … how can we then say to those same folks … let’s get you some more savings by giving you some free electricity and then neighbors see that.”

At the end of the lecture, Queeley stressed the importance of the federal government in helping to incentivize green energy.

“To some extent, I think it depends on what’s going on in Washington,” Queeley said. “With Joe Biden … coming in, I’m really hoping that we get a little bit more enlightened on our energy policy. We’re really gonna have to, because if … we are facing a climate crisis of the scale we think we are, and we have a target of … 2050 of really trying to turn things around, we have to start doing that yesterday. … It starts at the federal level.”

Featured Image by Colleen Aslami / For the Heights