Home » Eagles Blown out by Florida 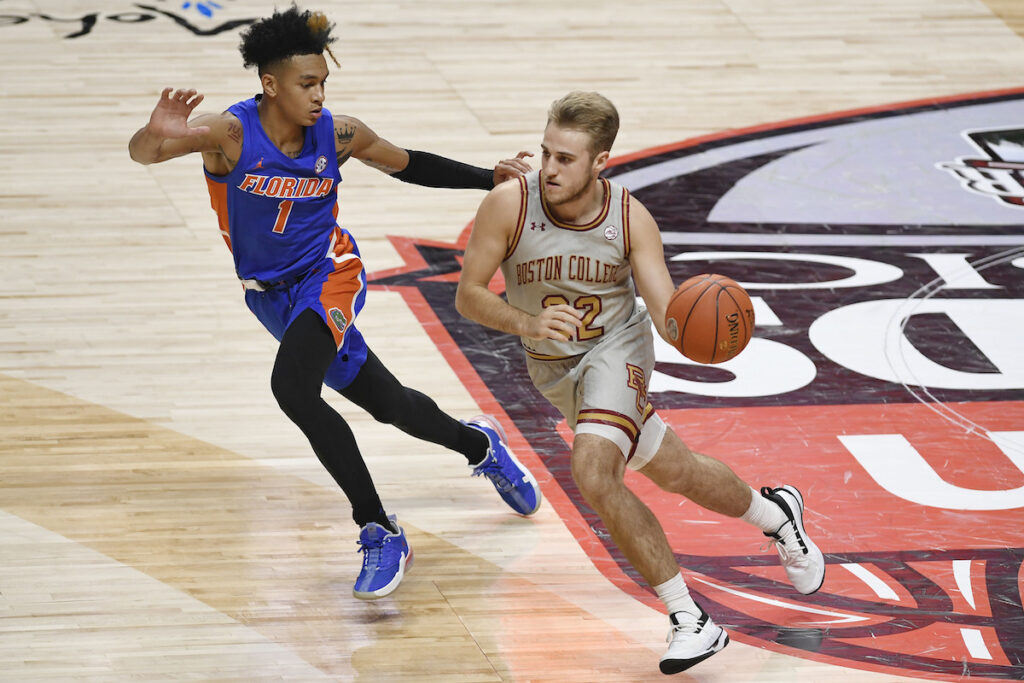 Eagles Blown out by Florida

The clock flashed 3:31. Rich Kelly stepped back and put up a 3-pointer. It landed. Boston College got the ball back. Demarr Langford Jr. swung it out to James Karnik, who let it fly from beyond the arc—it went in as well. With it, BC had cut Florida’s lead down to just 18 points with 2:43 to go, a welcome reprieve after the Eagles had trailed by 31 with just 7:57 remaining in the second half.

“They were just scoring right over the top of us. We were not shrinking that space and giving them too much room,” BC head coach Jim Christian said after the game. “They made every contested shot in the lane and that’s why they’re a good basketball team.”

BC played a sloppy first half. The Eagles shot 33.3 percent from 3-point range, turned the ball over 10 times, made just five out of their 10 free throws, and were outrebounded 17-12. The Eagles showed life with a 7-2 run at the end of the half, but their momentum was quickly squelched.

“The off-floor togetherness … of our team has got to spread to on the floor, and we do it, but it’s not for the entire game,” Christian said. “We might get a wide-open shot and not make it, and then we come back and give them an easier bucket than we should. It’s the tough-mindedness of our team. We’ve just got to get better at that.”

The Eagles showed glimpses of their potential togetherness in the second half, but it started similar to how the first ended.

The two teams traded baskets, but the Gators’ lead continued to grow as the Eagles played sloppy offense and gave up easy points on defense. Jay Heath received a technical foul at 9:21, and Christian was tabbed for one of his own 36 seconds later. Florida took a 31-point lead—its biggest of the night—with 7:57 on the clock.

The Eagles responded with an 8-0 run, and ultimately tied Florida in the second half, but it was too little too late. BC continued to close the gap in the game’s final minutes but was unable to affect the outcome. When the clock flashed zero, BC still trailed by 20.

“I think we’ve got to keep getting better,” Christian said. “We don’t have much time to fix things because we’re playing game after game. We’re playing great teams, which we wanted to do. This is real stuff that we need to fix and get better at, and it’s what we sign up for and that’s what we’re doing.”

Though the outcome was less than favorable for the Eagles, several BC players performed well on the court. In his first game since being granted immediate eligibility just before the game on Thursday, 6-foot-9 Karnik earned six rebounds and seven points. Wynston Tabbs continued his comeback season with 12 points, and CJ Felder put up 11 of his own. Kelly once again showcased his 3-point shooting abilities with 3-for-4 shooting from beyond the arc.

The Eagles’ play left them with a result that was far short of adequate, but BC proved its ability to make its way back into games after trailing for the second game in a row. Cutting a 31-point deficit down to 18 is not the same as turning a blowout into a close game, but it is an indicator of a team’s ability to make adjustments.

“It’s just the tough-mindedness of our team—we’ve got to get better at that,” Christian said. “Obviously the first two games we had it for the majority of the games, and in the last two games we have not. We just got to dig down, find ourselves, and get better.” 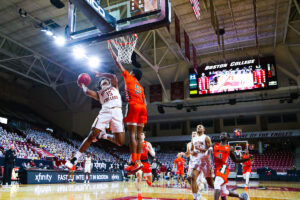 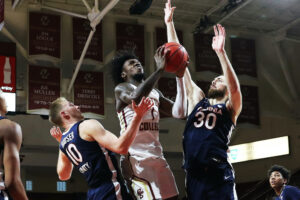