Contemporary R&B artist Gallant is back with a powerful new release, Neptune. Even better than his 2019 album, Sweet Insomnia, Gallant has proven that his musical capabilities mature and fine-tune with each passing year.

Every song on Neptune is in conversation with one another, as each one unravels the story of a tumultuous love between Gallant and his muse. Many of the sounds off this album create an ethereal, floating-in-space sensation, and that feeling of weightlessness is never lost due to the smooth transitions between the eight tracks.

Gallant, born Christopher Joseph Gallant III, a graduate of New York University with a degree in music, said he initially didn’t pursue R&B as a genre.

“I tried to rebel against R&B because I felt like it was too close to what I was supposed to like,” Gallant said in an interview with The Fader.

Gallant was referring to a common assumption that Black artists gravitate toward R&B. Much of his music, however, is classified as a blend of R&B and soul.

If there was a way to describe Gallant’s voice and overall artistic style, it would have to be called the love child of Maxwell’s vocals on Embrya  and Ginuwine’s musical composition—silky, soft, a touch scratchy, higher-pitched, and vulnerable. But unlike Maxwell, Gallant’s music doesn’t dabble on the neo-soul side. Instead, it is more of a continuation of Ginuwine’s “So Anxious”—which exudes the floating feeling characteristic of contemporary R&B.

Neptune begins with an apology. The album opens with “Comeback.,” in which Gallant explains why he couldn’t commit to a relationship. In brilliantly written lyrics, he explains, “I was distant to monogamy / Tried to break up the monotony.”

It is an interesting twist of an apology, as Gallant sounds more like he’s suggesting to his significant other to forgive him rather than making a plea.

“Comeback.” transitions from a slow ballad to the pop beat of “Chemical Romance.” This piece embodies what it feels like to realize you’ve caught the feels for someone—a complicated concept, slightly embarrassing, exhilarating, and scary all at the same time.

This natural feeling arises upon attraction, which is why Gallant reassures his significant other, “Baby, butterflies are justified.” Marvin Gaye once sang “half a love is all I feel,” and Gallant continues singing about such unrequited love as he sings, “You won’t let no chemical deceive ya / It’s only gonna leave you brokenhearted.”

The album features three artists: Brandy, who Gallant said is his favorite singer, R&B singer Arin Ray, and Nigerian-American R&B duo VanJess. Of the three tracks, Gallant’s duet with Brandy, “Dynamite.,” stands out. “Dynamite.” is surprisingly down to earth, and with jazz undertones led by a commanding piano, it perfectly complements Gallant and Brandy’s husky but soft vocals. They make a stunning duet, with Brandy lamenting, “With Neptune in retrograde / Got used to the shine (Of rose-colored haze).”

In this duet, Gallant and Brandy discuss how they now see their relationship for what it really is as they explore whether it would be easier to fight or talk things out. The pair ultimately opts to sing in a calm demeanor, as they both know there’s no use in fighting.

Sometimes in relationships, fights can lead to steamy make-up sessions and this is made very clear in “Julie.” and “Relapse.” “Julie.” exudes ’80s retro vibes while “Relapse.” is the slow-burning outro of how two people can’t stop themselves from letting their guards down and allowing their emotions to guide them. The two concluding songs leave one to wonder if the couple learned anything from what they went through. 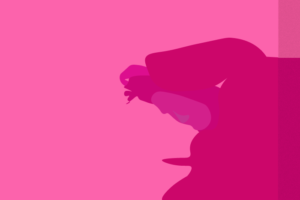