“I was trying to think more about different ways for students to engage in conversations like that outside of just the classroom,” Wieboldt, founder and editor-in-chief, said. “So one idea that I pitched to the director of undergraduate studies, Professor Cooley, … [was] about maybe starting a journal for the theology department.”

Mystērion’s inaugural issue was published on Aug. 31, and featured six articles from undergraduates at BC, Princeton University, and Fordham University.

Wieboldt said the editorial board was pleasantly surprised by the volume of submissions for the first issue.

“We got a good number of submissions for our first edition, which was something that we were pleasantly surprised by,” Wieboldt said.

“It’s supposed to refer substantively to the idea that there are hidden things that we can explore through theological inquiry, and then also it’s supposed to honor Father Michael Himes,” Wieboldt said.

Himes, a former theology professor at BC, frequently referred to God in his lectures as a “Sovereign Mystery.” Mystērion draws its name from these two things.

Theology and bioethics professor Andrea Vicini, S.J., the faculty adviser of Mystērion, said that the journal serves as a platform for undergraduates to publish theological works through BC.

“It is not an initiative limited to BC, but is through BC for undergraduates who are working in theology,” Vicini said. “So it can become and is really becoming a platform for featuring one’s ideas, thoughts, critical engagement of authors, and I personally think is a great idea for students to have this possibility.”

The articles dive into various theological topics, from the history of feminist theology in the United States, to personal reflections on poetry and prayer, to comparative essays on Hindu and Christian visions of liberation, according to Wieboldt.

Sean O’Neil, MCAS ’23, wrote an essay on the Catholic Church’s use of Dignitatis humanae, a declaration of religious freedom by the Second Vatican Council in 1965.

“My argument in the paper is that the church published this document in an attempt to secure its own place in an ever increasingly secular world,” O’Neil said. “So the idea was that in forcing states to acknowledge religious freedom as a fundamental human right, the church could then build on that principle and create a space for itself, even though states are increasingly antagonistic towards the church.”

O’Neil said he never thought he would publish in an academic journal, and was excited to have his work be part of the first issue of Mystērion.

“It was really exciting and I’m glad I get to be a part of that inaugural edition,” O’Neil said.

Wieboldt said he felt a sense of relief after publishing the first issue of Mystērion. Of the three other journals Wieboldt is involved in on campus, Mystērion has the most extensive editing process, he said.

“Of all the journals I’m on, Mystērion definitely has the most extensive editing process really because we want to make sure that the content of the journal is accessible to an audience that might not be automatically familiar with some of the concepts that we’re talking about,” Wieboldt said.

For O’Neil, Mystērion is an important way for the theology department to share ideas with the BC community.

“There’s a lot of really good work that’s done in the theology department at BC … and I think that even our journal shows that there’s a wide range of areas wherein theology can be applied,” O’Neil said.

Vicini said the journal is also important for students interested in publishing their articles about theology.

“It is an opportunity for students who have an interest in theology, whether it is a major or minor, to find a larger audience and engage ideas showing their abilities, their competence, their expertise, and their interests,” Vicini said.

The engagement on theological topics that Mystērion fosters is a reflection of student interest, according to Wieboldt.

“I think it’s just a testament to the fact that there are so many students here who are really interested in having those serious conversations,” Wieboldt said.

Vicini said the journal is a platform for stimulating interest and sharing ideas, as well as making critical reflections regarding theology and the world.

“The journal could be a way in which within [the] University and across other universities … students find the platform to articulate their ideas and acquire competence and acquire skills to reflect on, again, what’s happening in society now, what we would like to happen in the future … and also what happened in the past,” Vicini said.

Wieboldt said he hopes that the journal will continue to be a source of engagement for students interested in theology.

“My hope is that in future years, the journal continues to publish and continues to operate, because I really do think it engages students in an area that maybe some students wouldn’t typically engage,” Wieboldt said. 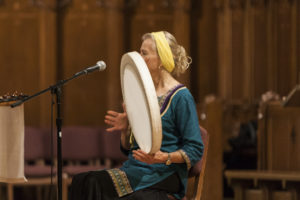