Pets Are The Best Friends

Americans have taken the phrase “a dog is a man’s best friend” to a whole new level-and I can’t say that I’m not one of them.

Until my junior year of high school, half of my friends thought Todd was my brother, not my rescue Beagle-yellow Labrador Retriever (and God only knows what else) that I got for my 11th birthday.

“You take walks with your brother?” my friend asked. “That’s so cute.”

Even when I got to Boston College, it took my roommate a few weeks to figure out that when I whined, “All I want to do is watch a movie with Todd,” I wasn’t missing my ex-boyfriend, but my canine friend who is the only one who would watch Superbad with me for the eighth consecutive Friday night without complaining.

To my surprise, I’m not the only one who shares an intense emotional relationship with a dog. Recent statistics show that millions of Americans feel the same way I do.

A recent study conducted by researchers at George Regents University reveals that in a hypothetical situation in which a bus was hurtling out of control, bearing down on a dog and a human, it depended on the kind of human or dog that was in danger for the participant to determine whom to save.

While some people criticize these honest participants, I can’t say that I would choose someone I’ve never met over my life-long companion, who has stuck with me through countless hours of awkward backyard family reunions and Boy Meets World reruns.

Perhaps even more interesting than the study’s findings is how recently these attitudes toward pets have intensified. In 1994, a mere $17 billion was spent on pets in the U.S. per year. Only 18 years later, in 2012, pet spending nearly doubled to $53 billion. To put that into perspective, the Sochi Olympics cost Russia about $53 billion.

Now, I’m telling you this for two reasons: the first being to prove that I am not alone in my obsession, and the second to ask why. Why is it that Americans feel so strongly toward their pets?

I think it’s because pets are starting to replace people, specifically significant others. If you think about it, over the same period of time, the amount of people, particularly women, who opt to remain single in America has increased significantly.

Pets can provide many things that people long for in a relationship without many strings attached. Pets, especially dogs and cats, provide unconditional affection no matter what you look like or how much money you make.

Most dogs, no matter what size, give a sense of protection and safety to their owners, something that many seek in a long-term relationship. (I say most dogs, because Todd could not be a watchdog if I bribed him with a life-long supply of Bacon Bites-which I provide for him anyway-but I digress.)

Pets are never afraid to display their affection for their owners no matter who is watching, another quality that significant others may yearn for.

I could keep going, but it is easy to see why judges are no longer taken aback when there is a custody battle between divorcees over a pet in addition to their children.

In general, pets’ love makes their owners feel special and wanted, and isn’t that what people are looking for in relationships anyway?

I’m not saying one should abandon all hope of a human relationship and head to the Humane Society for a rescue dog. What I am saying, though, is that maybe people should take some notes from their canine counterparts.

Maybe if everybody treated each other how pets treat their owners, the world would be a little better place-certainly filled with more loyalty, affection, and security than it is now. 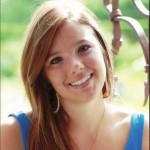 Jim Christian Hired As BC Basketball Coach
SOFTBALL: BC Takes Three Of Four From BU