Home » With Rap Veteran Jeezy, You Haven’t ‘Seen It All’ Yet 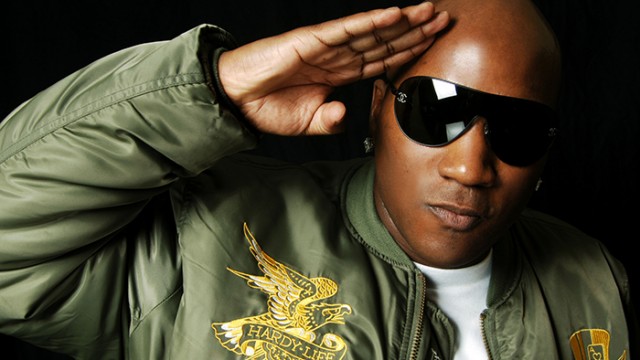 With Rap Veteran Jeezy, You Haven’t ‘Seen It All’ Yet

More than 10 years after entering the rap game, Young Jeezy has brought his music far outside the borders of Atlanta, Ga.. Following the success of five studio albums and countless features, Jeezy’s raspy, canned verses have become all too familiar. Seen It All: The Autobiography, Jeezy’s most recent release, delivers that familiar sound through a tracklist littered with bass-heavy drug anthems. The record features some impressive guest artists, including fellow trap rapper Rick Ross, Compton’s Game, and R&B superstar Future.

While the majority of the album is more or less what you’d expect from Young Jeezy, the veteran street rapper makes a solid attempt at diversifying the record—with an emphasis on melody in the album’s instrumental production and a couple unusually sentimental tracks. Three years after the release of his last full studio album, Jeezy comes back with an enjoyable record, succeeding in providing his listeners with his familiar sound, and a little something new.

The album opens up with three hard-hitting tracks, the first of which is easily the best of the lot. “1/4 Block” starts the album with a bang. The synth- and snare-heavy instrumental pairs seamlessly with Jeezy’s gravelly voice, creating a track guaranteed to make your head nod. The following tracks, “What You Say” and “Black Eskimo,” have similarly absurd amounts of bass—which is cool—but end up feeling repetitive and contribute very little to the albums overall success.

On the record’s fifth track “Holy Ghost,” Jeezy raps over an emotional instrumental backdrop. He begs the Lord for forgiveness, over—you guessed it—a sufficiently sentimental hook. This hook breaks up verses detailing Jeezy’s past and present pain. The album’s first single, “Me Ok,” provides another bass-heavy trap anthem produced by Drumma Boy. Seen It All has an impressive list of producers, also including Mike Will Made It.

While the aforementioned tracks provide the majority of the record’s substance, “Beautiful” and title track “Seen It All” are the true highlights of the record. Any song involving three veteran moguls of the rap game should certainly be good, if not great. Rick Ross, Game, and Jeezy do not disappoint with “Beautiful.” While the smooth, soulful beat produced by Black Metaphor has been used by an array of rappers (Curren$y, Mellowhype, Logic, etc.), none is as successful as Jeezy and friends. Game and Jeezy switch off, exchanging bars until Rozay finishes the song with great finesse.

“Seen It All” provides a slightly different sound than we’re used to hearing from Jeezy. The beat for “Seen It All” is produced by Cardo (known for his production for artists like Wiz Khalifa, Ty Dolla $ign, Mac Miller, and Meek Mill), and brings the track into the territory of being the best of Jeezy’s career. Oddly, Cardo recorded the track’s initial sample for Detroit rapper Big Sean, but then accidentally sent it to Jeezy in an email mix up. Jeezy should be thankful, as his scratchy voice fit flawlessly with the beautiful instrumental. Jay-Z also adds an incredible verse, arguably better than anything on his most recent album, Magna Carta Holy Grail.

The remainder of the album has its moments, but is brought down by several weak attempts to add variety to the record—including (but certainly not limited to) “4 Zones,” “Been Getting Money,” and “No Tears.”

With “4 Zones,” Jeezy tries his hand at creating a Future-esque autotuned chorus, but instead comes up with an awkward-sounding and ultimately undesirable refrain. Jeezy also struggles with the record’s eighth track, “Been Getting Money” featuring Akon. The artists fail to recreate the collaborative success they had with 2009 hit “Soul Survivor.”

The album finishes strong with “How I did It (Perfection),” closing the project nicely with a laidback, jazz-inspired beat. Jeezy raps about his beginnings and the road to success, explaining how he truly has “seen it all.”

After “seeing it all” myself (or to speak more accurately but less punnily, “listening to it all”), I will say the album has more wins than losses, with standouts like “1/4 Block,” “Beautiful,” and “Seen It All” making up for any deadweight.

album review rap
Maroon 5 May Be On The Map, But Will Fans Follow?
2014 Football Preview