Despite its relatively quiet presence in Devlin Hall, the McMullen Museum of Art at Boston College has been home to dozens of internationally renowned art exhibits—this semester’s exhibit, however, showcases one of the museum’s most extensive and elusive collections in its history.

Now on display at the McMullen is Wifredo Lam: Imagining New Worlds—an unprecedented retrospective gallery of more than 40 paintings and over 80 total works of Cuban artist Wifredo Lam (1902-82), whose style encompasses a wide range of multinational influences and cultural themes.

The exhibit marks only one of many in the museum’s history, and features works never before housed in the same location. While some were previously held in major museums, much of the artist’s works had been purchased by and dispersed among private collectors around the world, making the task of gathering them in one space a challenging task for the exhibit’s organizers.

“There are probably 47 paintings and there are lots of works on paper, so there’s probably close to 80 works in the whole show,” said museum Director and arts professor Nancy Netzer.

“And some of the paintings are really big—there’s a lot of big, big stuff. So the shipping and the crating was a nightmare,” Netzer said. “The [pieces] were coming from all over the world—I mean, not a real nightmare, but it was very hard to coordinate.”

The exhibit was largely the product of 10 years’ worth of research and outreach by Hispanic Studies professor and exhibit curator Elizabeth T. Goizueta, who spent the past decade working with auction houses, museums, and individual collectors to showcase Lam’s uniquely international style.

“We’re really at the beginning,” Netzer said of the new exhibit, which opened Aug. 30. “We started something, and that’s very important for a university, and that’s what university museums should be doing.”

A former director within BC’s Office of International Programs, Goizueta’s initial aim for assembling a Lam exhibit developed while she was curating another McMullen exhibit on Chilean artist Roberto Matta in 2004 titled Matta: Making the Invisible Visible.

Since the Matta exhibit, Goizueta had been working with various collection managers through auction houses such as Sotheby’s and Christie’s to assemble one the largest collections of Lam’s pieces that, unlike previous Lam exhibits, span a wide geographic range surrounding the artist’s travels.

“The auction houses [Sotheby’s and Christie’s] very nicely … didn’t reveal the names of the people when they contacted them, they contacted them for us to see if they might be willing to lend,” Netzer said of the process of contacting private collectors. “And that was just such a generous service. It takes a long time to track it all down. We couldn’t have done it without the help of the auction houses and the dealers.”

All of the works are loans that still belong to their original owners, and Netzer speculates that the pieces were gathered from about 26 different lenders.

“[Goizueta] is the person who tracked down all of these loans a lot of them were in private collections, and we were helped a great deal by dealers, and, because they sell these pieces to other people, they helped us because sometimes the people are anonymous … but the dealers very nicely contacted people who they knew were collectors,” she said.

Netzer also noted that while some of the works were gathered by means of fortunate chance occurrences, most were discovered as a result of Goizueta’s persistent searching.

“Sometimes you meet people who know people who have things—so some of it’s serendipity too,” she said. “But it’s very hard to find things in private collections unless you have the help of dealers and auction houses.”

Following its holding at the McMullen, the showcase will next travel to the High Museum in Atlanta, Ga., where it will be on display from February to May 2015. Afterthe High Museum installation, all of the pieces will be redistributed to their original owners around the world—likely to never be assembled in one place again.

Netzer noted that the Centre Pompidou in Paris, the Reina Sofia in Madrid, and the Tate Modern in London are among several other museums actively seeking works by Lam currently held in the McMullen.

At the University Convocation last Wednesday, University Executive Vice President Patrick Keating publicly announced that the McMullen Museum will be relocated to Brighton Campus in 2016, with plans to begin its move as early as this October, pending the approval of the University’s Board of Trustees at its next meeting.

Netzer said she hopes the museum’s relocation will attract future students who will live in the 2150 Commonwealth Ave. dormitory, which has only recently begun construction.

“What we’re hoping is that students will be more involved and more vocal in helping us to determine the hours and role that they think the McMullen can play as it moves to a new location,” Netzer said. “What we really want is, we want our students to be proud of our university through this.” 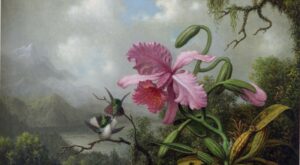 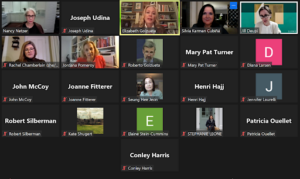