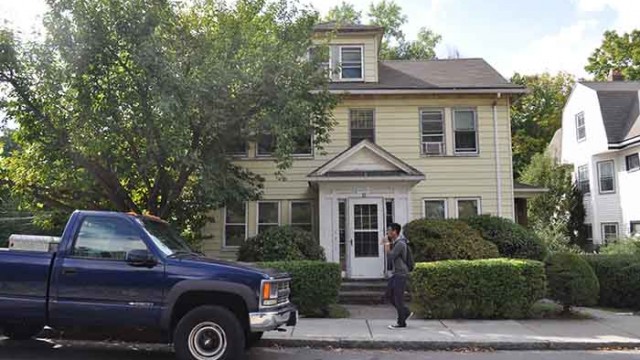 Each year, during a three- or four-day period that bridges August and September, the Boston College campus is perhaps the busiest it is all year, with thousands of students, family members, and friends working to transform empty dorm rooms into homes for the year.

Across the street, a similar scene unfolds throughout the roads that populate the other side of Comm. Ave. Students—mostly juniors and transfer students—unload furniture, clothes, bedding, and decorations from their trunks and carry it all into their new apartment or house. Despite the fact that this is happening off campus, there is a high probability that, like in an on-campus residence hall, these students—especially those living on streets such as Foster, South, Gerald Rd., Radnor Rd., or Kirkwood Rd.—are living with other BC students, next door to other BC students, and in rooms that have been inhabited by BC students for several years running. Neighborhoods like this one, that have been slowly transformed into unofficial student housing for a nearby college or university, were dubbed “shadow campuses” by former Boston City Councillor Michael P. Ross. This term became the namesake for a three-part spotlight piece published by The Boston Globe this summer on the overcrowding and unsuitable conditions of many homes that house undergraduate students in the city.

The series identified BC as one of the schools whose students, because of high rent costs and occasional pressure from landlords, routinely disregard the city ordinance forbidding more than four undergraduate students to live together in one unit. Until the death of Boston University student Binland Lee in 2013 in a fire at her off-campus home, the city of Boston had traditionally disregarded the ordinance as well, rarely enforcing it.

“This city zoning code provision has been on the books for a long time, and the reality is all colleges and universities in Boston have tended to address it, but with the understanding that it may not always be adhered to because of the reality of the Boston student housing market,” said University Spokesman Jack Dunn.

That reality is a complex one, involving high rents, occasionally adversarial neighborhood-university relationships, students who have never rented a home before rushing to secure a coveted house, and a city that has historically failed to enforce its “No More Than Four” law.

Approximately 85 percent of each BC class receives three years of guaranteed on-campus housing. BC is unique among most other American universities in that nearly all of its seniors choose to live on campus. As a result, students almost always elect to live off campus their junior year. Because several hundred juniors study abroad each semester, the final number of BC students living off campus at any given time usually falls between 1,200 and 1,300, according to George Arey, associate vice president of Student Affairs for Residential Life. These students can choose to go to the Office of Residential Life for assistance in the process of finding an off-campus house or apartment, but many opt to contact realtors and look for locations on their own. Those who go through Residential Life are warned about the “No More Than Four” ordinance and strongly urged to comply. When students begin to talk with landlords, however, many realize that landlords are often indifferent to the law and willing to skirt it by having only four names on the lease.

“Landlords, we’re told by students, would encourage them to ignore the ordinance,” Dunn said. “That situation worsened in recent years as the cost of renting an apartment in Boston raised dramatically, primarily because absentee landlords and investors were spending a million dollars to purchase a home in Brighton, and therefore to meet their mortgage obligation, they had to increase the rent. For students to afford the rent, they had to bring in more than four.”

Andrew Babbitt, A&S ’15, who lived off campus last year in a house on Gerald Rd., cited finances and an indifferent landlord as the reasons that he and his five housemates disregarded the law.

“We ignored the four to a house rule simply because housing would have been too expensive had we obeyed it,” he said. “Also, our landlord was comfortable having up to six guys in the house, so there was no reason to abide by the policy.”

Boston Mayor Martin J. Walsh, WCAS ’09—who was inaugurated in January, succeeding Thomas Menino after 20 years in office—has vowed to reverse this trend of overcrowded and sometimes unsafe off-campus housing for students. Over the summer, the city amended a request it had made of colleges and universities months earlier to release the names and addresses of all students living off campus. BC, along with most other Boston schools, had declined, with BC citing privacy violations. A few months ago, however, the city adjusted its stance, and requested only the addresses and number of students living in each location, not the names. BC and all other Boston universities then complied, according to Vice President for Governmental and Community Affairs Thomas Keady.

This fall, when students were moving into off-campus residences, there was more evidence of the city’s concern for student housing, as City Hall officials were available on Comm. Ave. for residents who had concerns about their living conditions. City Hall’s Inspectional Services Department also held a series of meetings over the summer with college and university representatives, as well as meetings with landlords, in order to identify problems and explore how to get students to comply with the “No More Than Four” rule. These meetings were evidence of a higher level of cooperation among universities and city officials than existed with the previous city administration, according to Keady.

This cooperation will also aid BC in accomplishing its long-term solution to the off-campus housing problem: meeting 100 percent of undergraduate housing demands on campus. The Globe’s spotlight piece faulted Boston colleges in general for admitting many more students than can be housed on their campuses. The city itself, however, has proved the largest obstacle to BC’s efforts to build more residence halls on campus. In the Master Plan that the city approved in 2009, BC pledged to be the first Boston college or university to house all of its undergraduates on campus. As BC moved forward on its plan and sought city approval for the individual projects, as is required, it was met with resistance by the previous mayoral administration on many of the plan’s elements, including the new residence hall that is currently under construction on the site of the recently demolished St. Thomas More Hall.

“While the BRA [Boston Redevelopment Authority] approved our Master Plan in 2009, we were not able to secure the permit for 2150 Commonwealth Ave. until this year,” Dunn said. “It showed how slow City Hall moved during the Menino administration.”

Since Walsh became mayor, the University has begun construction on 2150 Comm. Ave., and is now in the process of securing a permit to convert 2000 Comm. Ave., currently an apartment building and the temporary residence of BC’s Jesuit community, into a residence hall as well.

“There’s a new spirit of cooperation not only at BC but amongst the new administration and colleges and universities throughout the city, because I think the mayor recognizes—and his administration recognizes—that higher ed is an economic engine for the city,” Keady said.

After the openings of 2150 and 2000 Comm. Ave., which are planned for fall 2016, Edmond’s Hall will be demolished. There will be a net gain of about 240 beds, which is still not nearly enough to end the issue of overcrowded houses off campus. In the future, BC plans to construct additional residence halls on Shea Field, but those will not be completed for several years.

In the meantime, the Office of Residential Life has added staff and resources in order to help students looking to live off campus make more informed decisions about where they live and from whom they rent.

“Due to a recent reorganization within the Division of Student Affairs, the off-campus housing program has been moved fully to Residential Life, and with that I think is a huge piece of an opportunity for us to address not only this issue, but the safety, the security, the good neighbor piece,” Arey said. He hopes to formalize the Eagle Ambassador program, which designates off-campus students as leaders of their communities, as well as introduce technology that will allow students to see pictures and assess the quality of available spaces online. The goal is to make students informed consumers, capable of asking the right questions of realtors and landlords and signing a lease with full knowledge of what is in it—in short, to make BC students living off campus safe and smart inhabitants of the “shadow campus,” while it still exists. 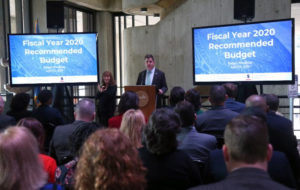 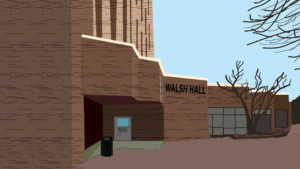