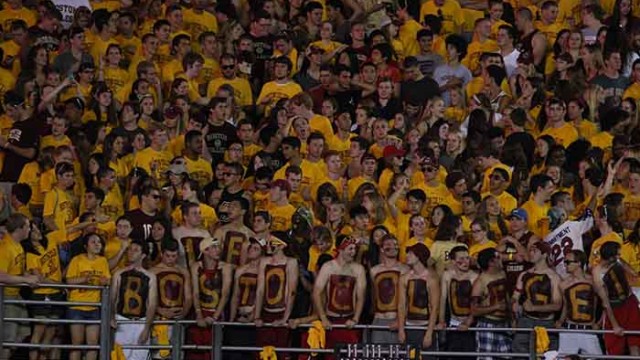 Concurrent with the start of the football season, the Boston College athletic department implemented new features to the Gold Pass—an athletic event ticketing mechanism available to students via their Boston College student IDs and now through a smartphone app.

At a price of $199, an increase from the 2013 price of $175, this year’s Gold Pass will include the same access to ticketed basketball, football, and hockey events, but now also incorporates rewards prizes for those who garner the most Gold Pass points.

In addition to access for high-demand games—or events with an expected turnout potentially too large to accommodate all students—Gold Pass holders who earn top spots on the Gold Pass point leaderboard will receive BC-specific prizes, such autographed memorabilia, athletic bobble-head figures, and panoramic photos.

This year’s most significant change, though, is the introduction of a smartphone app that students must use to record their attendance at Gold Pass events.

The app uses an electronic geo-fence that locates a user’s smartphone to determine his or her location. Once a student swipes in for a Gold Pass event, he or she must check in on their smartphone, which then uses the geo-fence technology to verify their presence at the event. Students who stay for the entire event are rewarded with additional points.

The app’s locating ability tracks a user’s time spent at the game by determining his or her positioning. If the geo-fence is broken, or when a venue is exited, the app will automatically record that user as having checked out of the game.

The development of the app comes as part of a revamped marketing strategy for the Gold Pass and a heightened focus on student ease and accessibility of attending BC athletic events. While students are now asked to check in via their smartphone for Gold Pass games, the app also allows users to see a continually updated event calendar, check their award eligibility, post directly to local social media via the app’s “Fan Cam” feature, and view rosters at any time. The app also uses push notifications to alert students of upcoming events and send check-in reminders when attending a game.

According to Laurel Carter, an assistant coach for the BC ski team and member of the marketing team responsible for structuring the Gold Pass system, attendance for basketball games has increased by 157 percent and hockey by 18 percent since the inception of the Gold Pass in 2013.

Carter also noted that—excluding Montserrat Coalition students, band members, spirit program students, and student athletes—84 percent of the available undergraduate student body has purchased a Gold Pass, more than 4,500 of whom had downloaded the app as of Sept. 9. The BC athletic department has also officially partnered with the Montserrat Coalition, and allots students within the program free Gold Passes for normal-demand games, while high-demand games are distributed through a lottery system.

Jamie DiLoreto, associate athletic director of External Operations, noted that the Gold Pass has not only increased attendance among students, but also how early those students arrive.

DiLoreto also noted that most of the price increase was attributable to the incorporation of a rewards system this year, along with an additional number of home games.

“Last year, we dropped [the price] dramatically because our big sensitivity was if people are only going to buy football in a transition year, how would they feel if all of a sudden [they] had to spend additional dollars—so that’s why they dropped it down to $175 for that year,” he said.

“We wanted to keep that price attractive, but also take some dollars and invest,” DiLoreto said. “The app costs dollars and the reward prizes cost dollars, the amount of marketing and support we’ve put behind this and manpower costs us dollars. So, I think what we want to do is take some of those dollars and invest, and that’s what we’re doing.”

Non-smartphone Gold Pass holders are still able to check in by using an iPad at a designated ticketing table at each event. According to Carter, the app’s developer, SuperFanU, speculates that only about 1 to 5 percent of Gold Pass holders do not own a smartphone.

Another major change to the Gold Pass includes an increase in points awarded per game—a method of creating greater variation within the leaderboard. Whereas last year students earned single-digit point values per game, Gold Pass events now have an inflated point value at a minimum of 10 points.

“When we had the 1-2-3 system, it kind of locked it down where you couldn’t really go below one point, and now in this system we want to keep it so that’s it’s specifically attendance to athletic events,” Carter said.

While the app has seen success among students in recent weeks, DiLoreto said that the app still faces potential kinks when used under heavy electronic traffic, and must be kept open during the entirety of a user’s attendance at the game. If logged off or closed out of, the app will record a user as having checked out of an event, which may pose issues for those who stay for an entire event.

Carter and DiLoreto said that despite minor setbacks, the app has boosted attendance across events and that the athletic department will continue to examine and address the needs of Gold Pass users.

“I think what we want from the student body is what [students think] is working well and what do we need to continue to improve upon, because we’re still in a trial period with a new technology, with such a large audience—in a short, short window, coming through that game,” DiLoreto said. “Making sure that it’s working really, really well.” 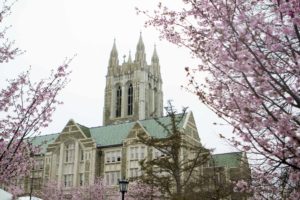 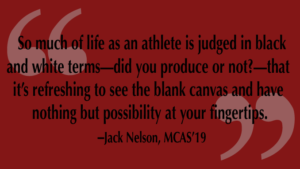