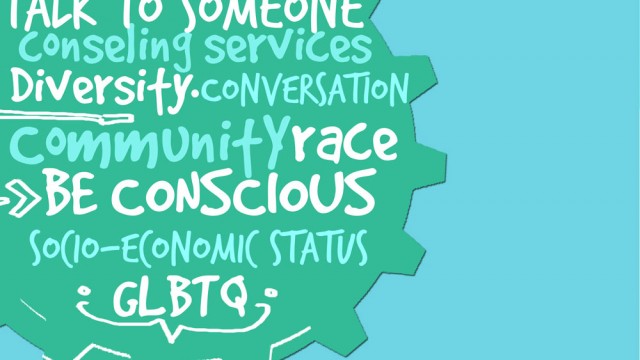 BC Ignites Aims To Spark Awareness

After a semester-long hiatus, BC Ignites will return to O’Neill Plaza this Wednesday, Sept. 24 at 7 p.m. to address the subject of mental health on campus. The organizers of the event say the topic is one of growing importance for the BC community.

“In the last year alone we’ve seen mental health rise to the top of people’s heads— it’s something they want to talk about and better understand,” said Connor Bourff, the UGBC vice president of Student Initiatives. “We [UGBC] needed to do a better job in connecting students to the conversations that already exist, and we chose BC Ignites as a platform to do so.”

Organizers expect a considerable number of people to show up and participate in this edition of BC Ignites. “We’ve had several hundreds of people participating at previous BC Ignites and we’re shooting for that same number,” Bourff said. “Something really nice about doing the event in O’Neill Plaza is that people sort of stumble into it even if they’re not aware of the conversation or are not planning on joining it, and they stop and listen.”

The event will have the traditional setup, which has been implemented since the first edition of BC Ignites.
“The way BC Ignites has worked in the past is that you have the keynote speaker and then you have students speak, as well as a cappella performances,” Bourff said. “We have taken that same format because it has worked very well in the past.”

Since the event is about mental health, the upcoming edition of BC Ignites will feature the participation of the University Counseling Services. “Our keynote speaker will be Dr. Thomas McGuinness, who’s director of University Counseling Services,” Bourff said. “He’s been in the conversation [about mental health] for awhile, and I think he’s going to give a fantastic keynote about understanding it from the University’s perspective and the perspective of the students.”

As a complement to the more formal student speeches, the a capella group The Acoustics will be performing at the event, Bourff added, in order to provide a sense of entertainment and enjoyment to the event.

Organizers say, however, that to have optimal participation in the discussion, the event’s aim must be understood clearly.
“It is important to understand what BC Ignites’ purpose is,” Bourff said. “We understand what the limitations of a one-night conversation are—it can only do so much, it can only reach so much people.

“So, what BC Ignites is about is sparking conversation—that’s actually where the name comes from,” he said. “It’s to spark conversation, many conversations, not to be the only conversation. This one event, this one discussion is not enough, is not sufficient. The idea is to create thousands more conversations, not only in O’Neill Plaza but also in dorm rooms and classrooms across the college. This is just the beginning of a larger conversation.”

UGBC plans to continue talking about mental health throughout the year.

“We’re bringing the What I Be Project, which is a really interesting photography project, as well as comedian Kevin Breel to talk about mental health, depression, and suicide,” Bourff said.

Correspondingly, UGBC intends to organize two other BC Ignites discussions this academic year, something that has not happened since the event was founded in 2012.

“We plan to do three BC Ignites this year: one, this upcoming one, about mental health, one about socioeconomic status, and one about race,” Bourff said.

The event about socioeconomic status was originally planned for this past spring but never took place, while race issues were the topic of the inaugural BC Ignites as well.

“The event [on socioeconomic status] was cancelled in spring because of organizational problems, and we want to retake it this semester,” Bourff said. He added that organizers are aware that having the event later this semester will necessitate modified logistics.

“We know that hosting the event later in the semester will mean the event would have to take place indoors, because it will be freezing outside, so we’re definitely taking that logistical difficulty into account and looking for ways to better solve it,” Bourff said.

UGBC plans to return to the topic of race, which was the topic of the first BC Ignites discussion, in the spring semester. “We want to get back to the root of BC Ignites,” Bourff said. “We think the discussion about race is a discussion that constantly needs to happen. It’s not enough with that one discussion we had two years ago.”

Although the topics of future BC Ignites are left to their successors, current organizers expect that future topics will alternate between new and previously discussed topics.

“There are topics that constantly need to be discussed, like race, gender and GLBTQ issues, and other more contingent ones that arise in a particular time,” Bourff said. “So, although it is future organizers who will be in charge of choosing future topics, we think the idea is to alternate, to create a mix between those more permanent and those more contingent topics so as to have many important discussions, not just periodical discussions of just one topic. We want discussions to continue, we want to keep discussing.”

Bourff added that he thinks the event is successful in prompting conversations about difficult topics.

“Even if just one conversation were sparked, even if the events did not take place or if no one went to them, they would already be successful, because at least someone would be aware,” Bourff said. “And hundreds of people are participating, so there’s no doubt they’re being successful.”