Home » My Struggle With ISIS 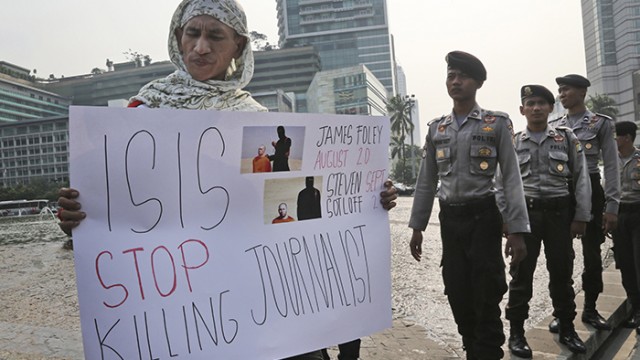 My Struggle With ISIS

James Foley, Steven Sotloff, David Haines. All dead. All suffered a public death—all because of ISIS.

Admittedly, I have been glued to the television since news of Foley’s death surfaced in an execution video. To me, this seems like something out of a Hollywood blockbuster thriller: scripted messages for the victim in the video, asking countries for ransoms in the hundred millions, and blatant propaganda are all things I’ve seen in movie theaters and maybe even history books, but never on my 30-inch-screen in my dorm room.

Although I can say I have been an avid watcher of the news on ISIS, or ISIL as Obama referred to it during his speech last week, I still don’t feel like I have even scratched the surface of relevant information concerning this terrorist group. As a citizen of the U.S., one of several countries that has been directly threatened by ISIS, and as a student set to study abroad in a few months in London, England, a country that just heightened its terror level to “severe” for the first time since a bomb threat in 2010, I can’t help but feel the need to take some sort of concrete action.

In my struggle to consume as much about ISIS as possible, though, I have felt a sense of helplessness. As a college student in 2014, I like to think that I can effect change on any issue I want, no matter how small a change or how large an issue. But with a group like ISIS, I have felt like I can do nothing but stay glued to the media in my room—which sometimes seems to make matters worse because technically that is exactly what ISIS wants me to do.

And even though I like to consider myself well-informed about this group and the overall political situation in the Middle East, I can never be sure of the validity of the information I have been obsessively consuming.

Through both my communication and political science classes I have constantly been told to be critical, if not skeptical and almost cynical, toward the media. I realize that no matter how objective a network may claim it is, there is no doubt it frames each and every story whether intentionally or not.

So here I am, a seemingly helpless student and citizen, channel-flipping between CNN, FOX, and CBS, possibly consuming incorrect information, and waiting for the next journalist, social worker, or even major city to be threatened by a group whose political, social, and religious roots I study every Tuesday and Thursday in my Rise and Rule of Islamic States class.

That is, I was that helpless, confused, and admittedly a little bit scared person until last Thursday night when professor Ali Banuazizi of the political science department and professor Julian Bourg of the history department gave a lecture entitled “ISIS & The American Response” to a full classroom in Stokes Hall.

Being in a room full of fellow concerned students (and possibly students who only attended because of a requirement for a certain class or club) helped me understand the current situation better—not to mention the professors’ incredible insights didn’t hurt my understanding either.

The fact that I was listening to these two clearly passionate and committed professors talk about ISIS allowed me to trust that the information I was receiving was valid. I felt I could trust their information because they were connected to me personally through the close-knit BC community and not through the hundreds of millions of strangers watching the same newscast.

In those moments in the crowded Stokes classroom, I was doing exactly what ISIS doesn’t want me to do. That is, I was uniting with my fellow classmates in understanding the American stance on the group. I was no longer cowering in my dorm room alone.

I am now confident in my knowledge of ISIS. I am also confident that I am not alone in my constant monitoring of the group. And finally, and perhaps most importantly, I am confident that I can make a difference in this struggle with ISIS. 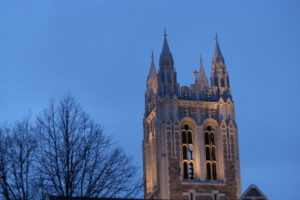