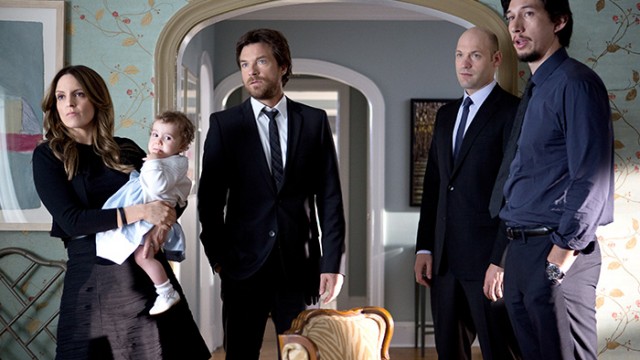 This is Where I Leave You follows Judd Altman (Jason Bateman)—a man who usually takes the safest and most planned route—as his life quickly deteriorates into hell. Judd learns that his wife has cheated on him during the past year with his boss, and soon after he learns this, his somewhat estranged father passes away. He returns home to his mother (Jane Fonda), a sexually liberated woman with recent implants, his highly dysfunctional brothers (Corey Stall and Adam Driver) and sister (Tina Fey), to sit shiva. As the week progresses, Judd reconnects with an old flame (Rose Byrne) and other acquaintances, but each one of the family members’ personal and relationship problems evolves into a huge disaster that threatens the stability and sanity of the family.

This film might be one of the best comedic ensemble casts in recent memory. Jason Bateman, Tina Fey, and Kathryn Hahn are all in their natural element with family dram-coms. Their natural talents make this sentimental tale believable with its tender and funny moments.

A poorly written and redundant script hinders the potential of these actors and characters, however. The dialogue fumbles all over the place. Fey especially does not seem to embody the character well with the dialogue given to her.

The only two actors to truly flower within the script are Adam Driver and Rose Byrne. Driver plays a toned-down version of his Girls persona, which adds an important quirkiness to contemporary American cinema. Byrne takes on a very different role from her usual alpha-female role. In this film, she plays a slightly strange and awkward girl next door, but she does a stellar job at fulfilling this role.

The plot itself is formulaic, cliched, and predictable. There are many instances when one can easily guess what happens next, ranging from fake-out punches to driving off in a car and leaving someone behind.

The story is stale—a dysfunctional family forced to be together due to the death of a relative is a very common theme in American film. This theme usually works well if the problems among the various family members are differentiated to add some variety and spice to the film. This movie focused on the relationship issues of nearly six members of the family. The lack of variety clearly hindered the potential for the film. By the time the film was finished, every single type of relationship problem or sexual orientation was explored, and the film lost any direction it had whatsoever. It felt almost as if some of the relationship problems were added for shock value, even though they do not move the plot or add any emotional depth.

Despite the muddled advice on love and relationships, this film did end on a somewhat happy note with a very meaningful message—that we should never take life too seriously and consider ourselves a failure when it does not pan out the way we want, no matter how safe of a path we take. Life is chaotic, superfluous, and fluid—we should be as malleable as it is suggests the film. Even more important than the life lesson, the film shows the value of forgiveness. When someone transgresses, it is valuable to realize that we have transgressed against the person ourselves. For instance, if a significant other cheats, it is both a culmination of the opposite party’s infidelity and the lack of love within the relationship itself.

At the end of the day, the This is Where I leave You still lacks many of the storytelling components that help keep an audience’s attention. It is a feel-good movie but definitely not one of the must-see comedies of the year. Our eyes should be focused on Oscar season and the many other good films that are just on the horizon. Plus, Jason Bateman will return soon in Horrible Bosses 2. 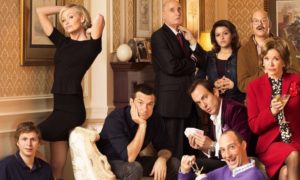