Home » Scotland And The UK: The Great Divorce That Didn’t Happen 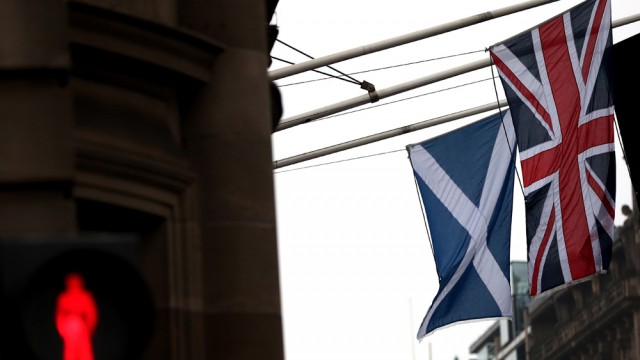 Scotland And The UK: The Great Divorce That Didn’t Happen

Last Thursday, Scotland headed to the polls. The ballot was simple—two boxes and a simple question: Should Scotland be an independent country? The date was picked carefully—Sept. 18, 2014 marked the 700th anniversary of the Battle of Bannockburn, a skirmish in 1314 in which Scottish clans joined together to defeat the English army. Despite this arrangement—intended to evoke a sentiment of nationalism on voting day—Scotland voted narrowly (54.3 percent to 44.7 percent) to remain within the union that is the United Kingdom of Great Britain and Northern Ireland. While Scotland has now settled the matter, the vote leaves the rest of the world with many lessons and a few lingering questions.

The Yes campaign had a strong presence in the media and on the ground, but the Better Together campaign was silently stronger. This was reflected even among discussions in Scotland. Results of an exit poll taken by Lord Ashcroft Polls showed that the Better Together voices remained hesitant to say their position through the campaign. The poll indicated that 14 percent of “no” voters said they would be hesitant to speak with friends or family about their vote, while only 11 percent of Yes voters felt the same. Such hesitance may indicate that even conservative movements with a majority backing in Scotland are not socially popular.

Although split almost down the middle on the decision, in the end Scotland came together in a monumental way—the nation showed the rest of the world the power of a direct democracy. BBC reported that 85 percent of the eligible voters participated, one of the highest turnouts in democratic history. To put that into context, in the 2012 U.S. presidential election, 62 percent of eligible citizens voted, according to the U.S. Census Bureau’s Current Population Survey.

The referendum highlighted how important it is to understand results in terms of the voters. The only people allowed to vote were those who were then residing in Scotland (meaning any person, of any nationality, with a permanent Scottish residence) and Scots serving overseas in the armed forces. Consequentially, Scots living in other areas of the UK or overseas were unable to participate, while all non-Scots living within Scottish borders were. This certainly leaves one to wonder what the outcome would have been if all Scots—and only Scots—had been allowed to vote.

Furthermore, the voting age was lowered to 16 years, versus the normal 18, specifically for the referendum. This had a great effect on the outcome. The Lord Ashcroft poll stated that 71 percent of 16 and 17-year-olds voted for independence. On the other hand, the same poll reported 73 percent of voters over 65 chose no. Such a drastic difference led many to wonder if youth were well informed or if they had been swept up in the nationalistic movement. The result of the poll also leaves a lingering question: If the youths were the ones who heavily supported independence, will Scotland see another referendum, and an independent country, in our lifetime?

There are a few things to take into consideration when looking at the possibility of another independence referendum for Scotland. First, another vote is at least a few decades in the future. There have been 35 years since the last, also unsuccessful, referendum, and Parliament will likely follow this trend and not permit another in the near future. This means, if there were to be another referendum, youth of this year’s vote will be in a new era of their lives, which could lead them to have a different, and more conservative, opinion. Second, it is expected that, by the time Parliament would permit another vote, the North Sea oil will have been depleted. The oil reserves are predicted to last another 30 years, and if Parliament follows the precedent of waiting a few decades, this source of income for the nation will be dry.

Yet another thing to consider: If Scotland had voted yes, or if it does in the future, the consequences for Europe could be greater than many realize. For example, Catalonia, a community in Spain that is also currently experiencing an independence movement, looked to Scotland to set precedence. This has created tension between Spain and Scotland. In an attempt to deter Catalonia from trying to secede, Spain warned it would vote against a potential application from Scotland to join the EU. Still, many Catalan pro-independence campaigners flew to Scotland a week before the election to support the Yes campaign. Other communities within Europe also looked to Scotland to set an example of secession. If Scotland had seceded, or does so in the future, it could inspire many other sub-national regions in Europe to do the same. Or, in a different scenario, Scotland may vote one day to be its own nation, and then be unable to join the EU. This would leave Scotland, or any other European country that tries for independence, without a widely used currency, relaxed trading laws, and travel flexibility for its citizens.

Only time will tell what the future holds for Scotland and other communities looking to gain independence. If Parliament does not follow through on its promises, it might be easy for Scotland to win over the 5 percent it would need in the case of another vote. One thing is certain—Scotland gracefully displayed how a people can come together and peacefully determine the fate of a country.