Woeful Wake Aims For An Upset

It seems like only yesterday that the Boston College Eagles were the joke of the ACC. Dropping from their high-water mark of a No. 2 ranking in 2007, BC’s peak since winning the AP National Championship in 1940, the Eagles regressed each subsequent year, bottoming out to an embarrassing 2-10 in 2012.

Under head coach Frank Spaziani, the Eagles managed one win against a Division-I opponent—a Maryland team lacking in talent. Since then, however, BC has turned it around under head coach Steve Addazio. Though not a dominant force just yet, teams no longer take the Eagles quite as lightly.

Wake Forest has yet to rebound as easily.

The Demon Deacons reached their peak around the same time that BC did—their run was capped off with an ACC Championship and an 11-3 record in 2006. Despite this achievement, head coach Jim Grobe never reached that same success at Wake Forest again, ultimately costing him this past year in favor of Bowling Green’s Dave Clawson.

Unfortunately for Clawson, things have not turned around this year, as the Demon Deacons sit with NC State at the bottom of ACC’s Atlantic Division. And for a desperate fan base that has suffered 18 losing seasons in the last 25 years, including six consecutive seasons under .500, the good times of the past—and those of the future—seem even farther away.

This weekend at BB&T Field at Groves Stadium in Winston-Salem, North Carolina, Wake Forest’s (2-5, 0-3) task to get that elusive first ACC win does not get any easier as BC (4-3, 1-2) comes to town.

The Demon Deacons have yet to beat a team in a Power Five conference this season, defeating FCS opponent Gardner-Webb 23-7, and needing a 10-point fourth quarter to pull back against 2-5 Army. Two of the Deacs’ losses have come against opponents in weak mid-major conferences, the Sun Belt’s UL Monroe, and Mountain West’s Utah State. Wake comes into this game on a three-game losing streak, outscored by a combined 73-10 in its last two contests against then-No. 1 Florida State and a mediocre Syracuse team.

Wake Forest should muster up enough defense to stay in the game, as it catches the Eagles at an opportune time. BC turned in its worst offensive performance of the year against then-No. 24 Clemson’s stout defense last week, amassing 263 yards, with only 120 yards on the ground.

While this seems like a decent output, the Eagles average 417.7 yards per game, with a whopping 287.7 rushing yards, ninth in the NCAA according to ESPN. This looks like a sigh of relief for the Demon Deacons’ mediocre rushing defense, ranked towards the bottom of the ACC at 79th.

The Deacs’ 20th-ranked passing defense, led by safety Ryan Janvion and cornerback Merrill Noel, will challenge the Eagles in the air. In a more balanced attack than previously seen by Addazio’s team, quarterback Tyler Murphy looked the best he has this season passing last week—but watch for him to struggle against a crew Florida State head coach Jimbo Fisher calls “a very talented secondary” and “the best defense [the ’Noles] played” this year, according to footballscoop.com.

Addazio isn’t taking Wake lightly. “I know getting ready for this game, they’re going to have a great plan, be meticulous and well‑prepared,” Addazio said in a teleconference on Wednesday. “That’s what I’m worried about right there. [Clawson] and his staff will have a great plan put together for his team.”

On the contrary, Wake Forest will most likely struggle mightily this week on offense as it has all year. BC’s defense ranks 16th in points and rushing yards against, making it a tough test for Wake’s weak ground game. The Demon Deacons rank last (128th) in rushing offense, gaining a measly 36.7 yards per game—Wake Forest’s rushers have reached 100 yards only once while having negative yardage in three games. In fact, the Deacs’ leading running back, senior Orville Reynolds, would rank sixth on the Eagles in rushing yards.

The Eagles’ 37th-ranked passing defense struggled last week to contain Clemson’s Cole Stoudt, giving up 285 yards to the senior backup quarterback. Chances are, however, Wake’s passing game won’t help the team either. Quarterback John Wolford has showed the freshman jitters this season, throwing 12 interceptions and merely seven touchdowns, with a 23.4 QBR. But with a nonexistent rushing offense, airing it out at the expense of the Eagles’ weakened secondary seems like the Deacs’ only option.
With only teams at or above .500 left on the schedule, a bowl game seems highly unlikely for Wake—at this point, the Demon Deacons merely play for pride. Only time will tell if Clawson will receive the same extended leash that Grobe got to rebuild a program with which frustrated fans now grow impatient. 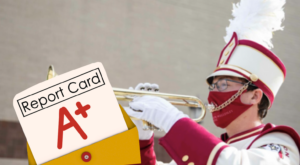 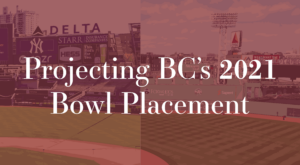