Home » Charli XCX Boom, Claps Her Way Up The Charts 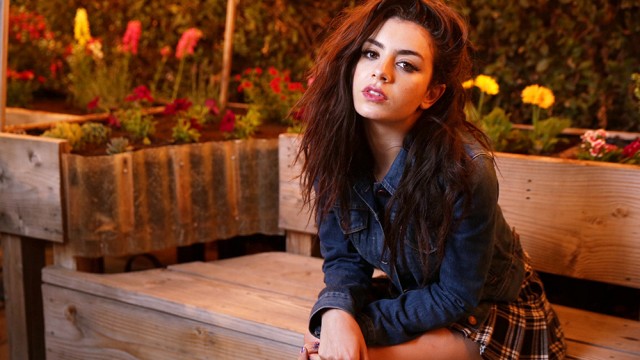 Charli XCX Boom, Claps Her Way Up The Charts

Charlotte Aitchison, better known as Charli XCX, has been a prominent behind-the-scenes force in pop music since 2012. Although she started off in songwriting and collaborations––hits including Icona Pop’s “I Love It” and Iggy Azalea’s “Fancy”—XCX has taken to her second major album release to show exactly how she stands as a solo artist. Sucker is a fierce, liberating, and unapologetic pop record that demonstrates Charli XCX’s dominance both as an individual artist and as a woman. Whether it is the empowering lyrics or the 1980s-inspired hard rock, the many elements of Sucker give pop music a new edge. The attitude is palpable, the message is anthemic, and the music rocks.

Second only to “Boom Clap”—a track featured in the wildly successful movie The Fault in Our Stars—“Break the Rules” stands as Sucker’s most popular song, and for good reason. “Break the Rules” is fit for the club scene with a heavy bass and a consistent dance beat. This track has earned significant radio play, it is lively, and completely captures the idea of pop, which makes it accessible for vastly different audiences. With “Break the Rules,” Charli XCX sets the tone for all that Sucker contains. It defies typical, overdone pop music and ventures into dance, electronic, and punk.

The title track “Sucker” is another display of Charli XCX’s fearlessness and creativity. It is more melodic than a majority of the record’s songs, and its synth line has a unique style. Especially in “Sucker,” and really throughout the entire album, her lyrics are at the forefront. The words pack an edginess that only XCX can deliver so well. She makes no apologies for her fierce outlook. With confidence and a blatant disregard for the haters, Charli XCX becomes seemingly invincible.

Both “London Queen” and “Gold Coins” weave together the feminine superpower and hard rock that marks Charli XCX’s music. Thoughtfully focused on storytelling, the lyrics to these song emphasize an energetic, lively spunk that balances out the more harsh punk instrumentation. When XCX so vividly describes her move to the United States in the autobiographical “London Queen,” she counters cool glamour with a retro, electronic groove. The musicality is dynamic, vacillating between punk rock and electronic, and it caters to the excitement of Charli’s story. “Gold Coins,” an empowering track about wealth, luxury, and a life of fantasy, contrasts gold and champagne with heavy guitar, synth, and hard rock. Charli XCX exudes artistry, and she clearly used Sucker to demonstrate her skill in writing and performing songs that are far from the norm, yet still easily appreciated.

In a more vulnerable moment, “Need Ur Luv” exposes Charli’s softer side. XCX is made sweeter in this track, and the shift is mirrored by the song’s instrumentation. Although the song is percussion-heavy, its lack of a strong guitar line ensures that Charli’s vocals are the song’s main melody. “Need Ur Luv” is extremely representative of indie pop music with its light, airy nature and its attention to character. Charli is less fierce in this track –– the content being as obvious as the song’s title––but no less skillful. She shows that she can be a pop “purist” of sorts, and does not use the rock instrumentation to cover up for any flaws.

The content of “Need Ur Luv” is a rarity among Sucker’s songs, though, as Charli XCX tends to naturally settle in her confidence. To put it simply, XCX knows what she’s doing: she has created an album that showcases her undeniable musicality, and she reiterates her confidence in her lyrics that serve to empower herself and others. She is front and center to her own career and she does not hesitate in congratulating herself.

Focusing again on romantic relationships, Charli uses “Breaking Up” to reassert her own strength. With an ’80s rock background to set the tone, Charli XCX channels the likes of Pat Benatar and other leading ladies of rock while demonstrating extreme attitude. In continually proclaiming that “breaking up was easy to do,” there’s no reason to be anything but confident.

“Body of My Own” bring the album together, showing off Charli XCX’s free spirited artistry. Though the lens of this song is obviously a relationship, Charli’s lyrics also speak to her singular strength as a musician. She does not need the fame of more popular vocalists to bring her lyrics to life, because she can do it herself.

Charli has paid her dues, working in the background and in collaborations, for long enough. Sucker is the way to liberate Charli XCX from that cycle, it captivates listeners and demands to be heard in a way that few albums really can.