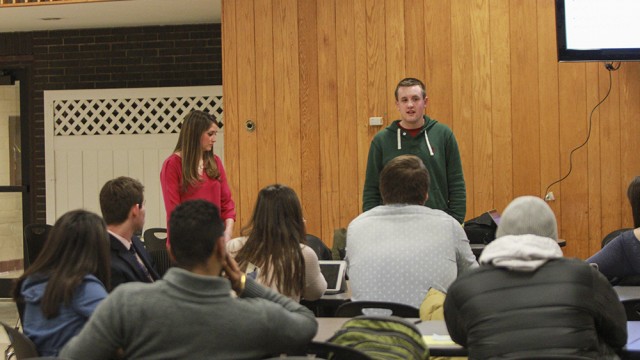 The teams have secured their nominations by attending the Elections Committee’s mandatory meeting on Thursday, and meeting Monday’s deadline for submitting the intent to run form, as well as garnering 250 signatures of support.

Ryan Quirk and Nico Varano, both CSOM ’16, were previously confirmed as bids in the upcoming election for president and vice president, respectively, but have recently withdrawn from the election. They cited other commitments as preventing them from devoting the necessary time to UGBC, according to the Elections Committee.

The official campaign season will begin on Feb. 9, following a campaign kickoff event on Feb. 8, and will last 10 days. Voting will open at midnight on Feb. 17 and last until 8 p.m. on Feb. 19. The official election results will be released at 8:15 p.m. that evening.

“The BC community has given us the responsibility to make sure these elections are transparent and that the candidates are held to a high standard,” said Dan Ahern, co-chair of the Elections Committee and A&S ’15, in an email. “We are happy to see that the candidates are excited and motivated to get their campaigns off the ground. The elections last year saw two energetic teams and an impressive voter turnout, so the EC hopes to see this same energy and an even more successful campaign season.”