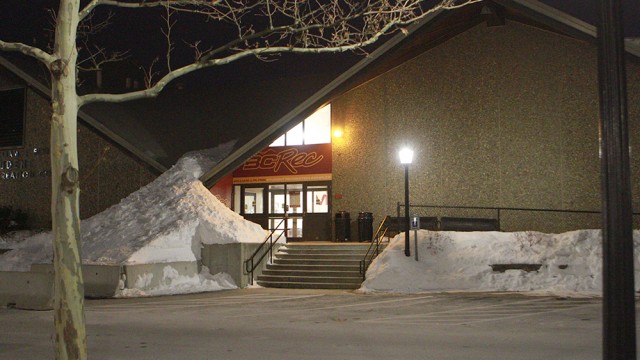 Lauren Baer, A&S ’15, heard the pop and went down screaming.

“It was the most excruciating pain I’ve ever felt in my entire life,” Baer said.

It was not a crash. It was not a gunshot. It was the sound of her ACL ripping when she twisted trying to avoid a ball to the face at a women’s intramural soccer game on a drizzly Sunday night under the lights of Alumni Stadium.

With national attention on concussions and other injuries in professional and collegiate varsity sports, stories like those of Baer have been largely overlooked.

“Mom and Dad send you to college and don’t expect you to get maimed,” said Allen Goldberger, a lawyer who specializes in sports law. “Yet, these aren’t just wrist sprains, they are debilitating injuries. Intramurals may not be tackle football, but you get the same kind of contact in these sports.”

The National Intramural-Recreational Sports Association said it does not keep statistics about the number of injuries in intramural sports, though a spokeswoman said such information is “usually” kept by schools. BC doesn’t document intramural injuries, according to Thomas Nary, director of University Health Services and sports medicine.

But many students have said that they have suffered breaks, sprains, and concussions, and one intramural referee said she has seen more this semester than in the past.

“People are pretty intense,” Maura Keith, the referee and A&S ’15, said. This is true especially in soccer, which she officiates, and flag football.

“Just because it’s an intramural sport doesn’t mean it’s any less competitive than a varsity sport, especially because the referees are students and they can’t do that much other than give you a bad sportsmanship rating,” Gaillardetz, who also plays intramural dodgeball, volleyball, and softball, said.

“[The referees] sort of carried me to the side but they didn’t seem to have a very organized protocol of what to do for an injury that wasn’t just a bruise or scratch,” he said.

Gaillardetz said he sat on the sidelines for 20 minutes before a referee brought him an ice pack. He was on crutches for five weeks, in a walking boot for another three, had to undergo physical therapy, and could not play club lacrosse.

After his football injury, Gaillardetz said a supervisor “freaked out and said he would call an ambulance.” Instead, Gaillardetz had his mother take him to St. Elizabeth’s Medical Center, where he later underwent surgery with anesthesia and had three pins and two screws inserted in his finger.

Caitriona Taylor, director of campus recreation, said intramural supervisors are on duty during games and are certified in first aid and CPR. They also carry first-aid kits and radios.

“Our intramural referees are trained to notify the supervisor any time there is even the slightest potential a participant may be hurt, just to make sure everything is okay before they return to play,” Taylor said.

Taylor said there are precautions taken to protect players. Sliding home in softball and contact in flag football are not allowed, and games are not played if fields are unsafe because of rain or poor visibility.

But students have indicated that they have competed on wet fields and have been allowed to return to play even after being injured. One, Brendan Sullivan, CSOM ’17, said he partially tore a tendon in his right hand while diving for a flag in intramural flag football, left in visible pain, got an ice pack in the Flynn Recreation Complex, and was allowed to return to the game.

While supervisors are trained in how to respond to injuries, referees are not, according to Connor Eckholdt, a supervisor for basketball at the Plex and A&S ’15.

“The training really focuses on rules of the game—when to call a foul, when to call offsides,” Eckholdt said. “They don’t focus on injuries because they’re not expected in intramural sports.”

Goldberger called it “a real unintelligent assumption that because it’s intramural activities and not at a higher level, the likelihood of injury is less. In fact, it’s probably more.”

It was at the end of the first half of her game, and Baer found herself on the ground in pain, while an intramural supervisor called BC EMS and then an ambulance. EMTs carried her off in a stretcher. A week later, an MRI showed that she had “obliterated” her ACL, according to Baer.

She underwent surgery, spent five days in bed, ended up on crutches and is now in a brace. Not long after Baer was carried off, Mike McShane, CSOM ’17, collided with two other players on the same field in the next soccer game. His teammate’s head hit him in the jaw and he smashed his head and neck on the ground as he fell.

“I don’t really remember anything for like 10 minutes leading up to getting hit,” McShane said. “I passed out and was on the ground for like 10 to 20 seconds, hyperventilating and seizing, then got up and walked to the sideline.

McChane missed a week of classes. “I wasn’t supposed to be using electronics or doing any mentally stimulating activities so I couldn’t watch much TV or anything like that because my head would hurt.”

Matt Waterhouse, A&S ’17, said he rolled his ankle and sprained his ACL going up for a pass when a defender landed on his leg in intramural flag football.

The referee suggested Waterhouse sit out. But he said no one approached him or asked him anything while he was sitting on the sidelines. When he asked the referee where to find an ice pack, Waterhouse said, the answer was, “‘Um … I don’t know, maybe the Plex?’”

When Erin Tonzi, A&S ’16, rolled her ankle kicking a ball around when her intramural soccer game was canceled, referees helped her to the sidelines, put ice on it, and called Eagle Escort to take her to the infirmary. She was diagnosed with a bad sprain.

“Intramurals aren’t immune from this at all,” Goldberger said of these kinds of injuries. “No matter what it is, you can stumble and hit your head … Most of the time you recover, but that’s most of the time.”

As for Gaillardetz, he said his injuries wouldn’t stop him from competing again. “It does scare me a little bit, considering I’ve had fairly significant injuries in both years I’ve played intramurals,” he said. 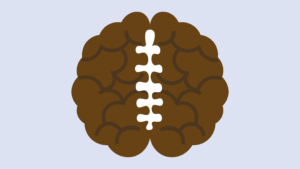