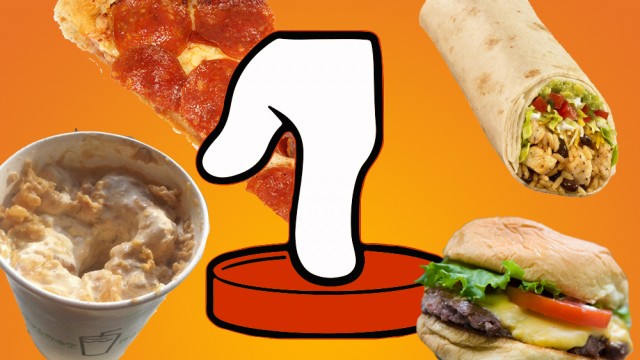 Crunchbutton Is Offering Students A New Way To Order Food

During his final year at Yale University, Judd Rosenblatt was hungry. But studying prevented him from making a tedious journey just to satisfy his craving. Coveting a sandwich popular among Yale students, The Wenzel—which consists of a chicken cutlet, cheese, mayo, and hot sauce—Rosenblatt decided to figure out a way to get himself and fellow students the sandwich without making the trip to the New Haven, Conn. restaurant. With this, the seeds of the app Crunchbutton—which functions as a third party delivery service from restaurants that do not deliver—were planted.

“It originally started in my senior year at Yale with a single sandwich,” Rosenblatt said. “I thought it would be cool if you could click one button online and get that sandwich paid for and delivered straight to your door.”

Rosenblatt is the founder and CEO of his startup, Crunchbutton. At Yale, Rosenblatt set out to make his idea a reality—starting by delivering The Wenzel to busy students in New Haven,  “So we launched a simple one-click food ordering site that let you do that,” he said. “And we’ve since sold over $200,000 of that one sandwich, and expanded the model to deliver from restaurants that don’t deliver across the country.”

Crunchbutton currently has a presence at several college campuses across the U.S., including Duke, University of North Carolina, Northwestern, and Syracuse. They are now launching their app at Boston College. In an effort to be responsive to customer feedback and input, Crunchbutton works directly with students at colleges in order to introduce and develop the app within the context of a particular campus (“Essentially bringing it as their own mini-business,” Rosenblatt explained). In addition to these liaisons who work to promote the service, Crunchbutton is also looking to bring together individuals who would like to work as delivery drivers.

Colton Hardman, A&S ’17, is a marketing intern for Crunchbutton. He believes there is a good market for the service among the student body, and thinks the idea will take off in Boston. “At BC, it’ll be very good because there are so many restaurants that are just out of reach,”  Hardman said. “BC is so close to Boston, but you can’t really walk anywhere, you have to jump on the bus or the T. Crunchbutton is designed to bridge that gap.”

Currently, the app is still in development stages for the area surrounding BC. According to Hardman, the team wants to gauge the reaction from the BC community, get a sense of the kind of following that they have, and then push forward with expansion to more restaurants. Right now, the app offers delivery service from local favorites including ShakeShack, El Pelon, Pino’s, New Hong Kong, China Garden, and Natalie’s Pizzeria.

As Crunchbutton expands across the country, Rosenblatt credits the idea behind the app for its popularity among college students far. “Students just love the idea of having their favorite food delivered to their dorm without having to do any work to go get it,” he said. “It significantly reduces drunk driving and it’s a great thing for people to have late at night, or for dinner while studying, or with friends.”

In effort to further maximize the user-friendliness of the app, Crunchbutton offers a feature that allows users to quickly place an order with the push of a button, simply by accessing past orders at their favorite restaurants. Although pricing varies based on which restaurant the user orders from, students are typically charged a three dollar delivery fee for the service, plus whatever they decide to tip the driver.

Looking to the future, Rosenblatt and the Crunchbutton team plan to expand the service in a series of better, faster, and more efficient launches. The app hopes to find customers beyond the student market, which Rosenblatt says is a natural progression from where they started.

The team is also working on a different app that will enable drivers to receive orders on their phones. But right now, the main thing motivating Crunchbutton is the process of continuing to build a presence for the app.

“We are getting better and better at launching quickly and efficiently,” Rosenblatt said. “And we are building sustainable, great communities where our customers love us and our drivers love us.”