Home » The Inside View Of UGBC 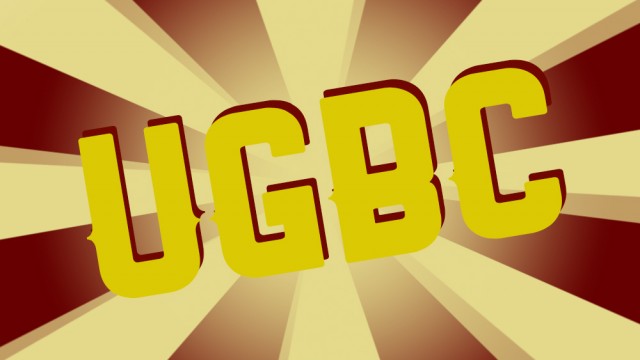 The Inside View Of UGBC

Three elections and countless hours into my involvement with the Undegraduate Government of Boston College (UGBC), I’ve grown aware that there are two contradictory facts about my relationship with student government. The first might come as a surprise: it is impossible to express the extent to which the UGBC can frustrate, discourage, and exhaust me. I don’t usually vocalize these feelings, but they have occupied my mind for many a cold walk to and from our meetings in Carney. The second fact is more pleasant. I am somehow still inspired enough to carry on—I still have enough belief in the UGBC that I continue to attend four to eight meetings and work sessions a week, watching homework pile up and other involvement opportunities pass by. So as campus elections reached their frantic climax and dozens of students took to social media to disparage the UGBC, I spent much of the last week reflecting on the organization, its flaws and its merits.

Sometimes I truly do wonder whether the UGBC is nothing more than a colossal waste of energy. Meetings—often poorly attended—can be bogged down by procedure and repetitive updates. As a result, real progress and advocacy usually only occur when members devote their own time to working on initiatives.

Unfortunately, many individuals can go weeks or months without putting in this type of independent effort; the sad reality is that the UGBC is usually the first commitment to be neglected when the rigors of classes and other clubs get in the way. Overcommitted and under-inspired members often drop out altogether, resulting in high rates of turnover and a dearth of experience throughout the organization.

The UGBC’s flaws go beyond individual members and their lack of initiative. Our student government’s leaders have undoubtedly made mistakes as well. Last year, the Student Assembly (SA) was run in too formal a manner, with procedure and protocol often stifling policy initiatives and transparency. This year, in an overcorrection of last year’s mistakes, the UGBC has been run in a much more casual fashion, with deliberation and discussion often missing from the picture. I myself am guilty of contributing to many of these problems. Last year, I gladly embraced the formality of the SA; in this year’s casual spirit I too have cut corners. And just like every other UGBC member, when my enthusiasm flags or other commitments demand my attention, I fail to live up to my potential as a student representative.

But this regrettable gap between goals and reality is a natural part of life, an unfortunate but unavoidable feature of all organizations, especially political ones. As human beings, we perpetually set our sights sky-high, creating Herculean tasks for ourselves without examining what it will take to complete them. And though we often fail to bring our dreams to fruition, we usually manage to notch some great achievements along the way.

It is these achievements and the passionate people who accomplish them that energize me to continue my work in the UGBC. For make no mistake—our student government is a magnet for some of the most dedicated, conscientious and service-minded individuals on campus. Last year’s Executive Vice President, Matt Alonsozana, stands out in my mind as a particularly devoted and genuine leader. While his administration made mistakes, they were not founded in carelessness, arrogance, or any of the other flaws commonly seen as UGBC’s cardinal sins. Rather, they were errors of execution that can never bring into question the goodwill that characterized his administration. This goodwill was especially evident in the community Alonsozana helped create in the SA; his leadership brought together passionate, serious individuals from every cohort on our diverse campus. In addition to creating a space for serious debate and discussion on issues ranging from the programming split to fossil fuel divestment, last year’s SA had real, tangible policy achievements. The most notable was the establishment of Campus Voice, a website where students can submit and vote on suggestions to the UGBC. Once suggestions receive 50 supporting votes, the UGBC must investigate their feasibility and advocate for their implementation.

Since last spring, five such ideas have come to fruition; UGBC updated and expanded PEPs, created a new 250-plus member-strong textbook exchange, and helped organize a bike share program, among other responses to Campus Voice proposals.

This year’s leadership has also been driven by genuine care for the student body. Like Alonsozana before her, President Nanci Fiore-Chettiar has made mistakes—but her selfless intent and boundless energy, absolutely evident to all who work with her, mark her as a truly sensational student leader. Under her watch—to name just a few of dozens of accomplishments—the UGBC website has been updated to display an abundance of easily accessible information; the organization submitted a thoroughly researched proposal to expand opportunities for free speech on campus; and Student Assembly leaders convinced the Department of Event Management to cancel a planned 20% surcharge for room bookings, catering and other student group needs.

For all the UGBC’s defects, it has recorded legitimate triumphs over the last two years. This is, above all else, a result of the passionate service and care of its members. I’ve only mentioned two names, but behind every Alonsozana and Fiore-Chettiar are literally dozens of equally heartfelt and energetic leaders. Yes, the UGBC often comes up short; the work of effecting change on campus is difficult and can be incredibly discouraging. But the dynamic and devoted individuals working in the UGBC undeniably make our University a better place.

Hagop Toghramadjian is an op-ed writer for The Heights and is a senator for UGBC.