Home » Learning To See The Self Through Failure 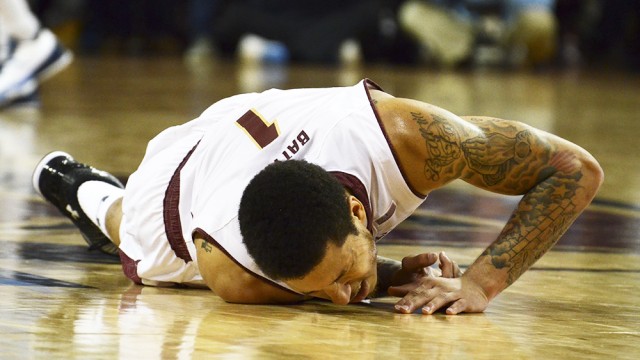 Learning To See The Self Through Failure

“Dear College, cheese makes me gassy. See you in September.”

This may not be a winning first sentence for a college essay, but this is all that Haley, from Modern Family, has got—that is, until her mother Claire helps her out. Haley is writing her college essay on an obstacle she has faced in her life—yet, as Haley complains, as he life has been so “boring” and “sheltered”, she has not had any obstacles about which she can write her college essay. So Claire puts Haley in the car, drives to the middle of nowhere, takes her phone and money, kicks her out, and drives away. Hours later Haley comes home and confronts her mother. Claire defends her actions: “I stopped coddling you and look … you overcame an obstacle!” “Oh yeah!” Haley retorts. “I grew up despite my crazy mom!”

Although this is an extreme example, it resonated with me. When I looked at Haley in this episode of Modern Family, I saw myself. Instead of obstacles and failure, my upbringing was characterized by strong parental figures, an excellent primary and secondary education, and an omnipresent support system. These factors, by creating strong foundation, allowed me to push myself and succeed in high school. Because of my background, I came to Boston College expecting immediate success. This, of course, did not happen. Instead, my first semester on campus was characterized by failure. In total, I auditioned, ran for, and tried out for 14 different things—and was rejected from every single one. I failed to achieve the grades I had in high school. I failed to immediately find and create the relationships I had experienced at home. I felt lost and unhappy. I had tried so many things and had succeeded at none of them—what did that say about me as a person? I was the exact student Dominic Randolph described in the New York Times article “What if the Secret to Success is Failure?” The article follows Randolph, the superintendent of the Riverdale Country School in New York, as he tries to instill both intellectual ability and character in his students. As he says about students who succeed in the classroom and on the SATs, “I worry that those people get feedback that everything they’re doing is great. And I think as a result, we are actually setting them up for long-term failure … When that person suddenly has to face up to a difficult moment, then I think they’re screwed, to be honest. I don’t think they’ve grown the capacities to be able to handle that.”

Randolph was talking about his own students, but he might as well been talking about me. To be clear, I was not—and am not—perfect. I did not get a 2,400 on my SATs. I was not the wealthiest, most athletic, or most organized student at my school. And I don’t want to undervalue the struggles I have experienced in my life.

This difference is caused by perspective: an understanding of what you have in the context of what other people have. And although from my failures I began to build my character and strengthen my resilience, more importantly from my failures I gained perspective. For the first time I had a deep appreciation of my privilege, which led to a deeper appreciation for the underprivileged. The failures I experienced at BC, by allowing me to truly see and understand myself, allowed me to begin to truly see and understand other people.