Home » Chris Herren, BC ’97, Brings Lessons In Sobriety Back To Chestnut Hill 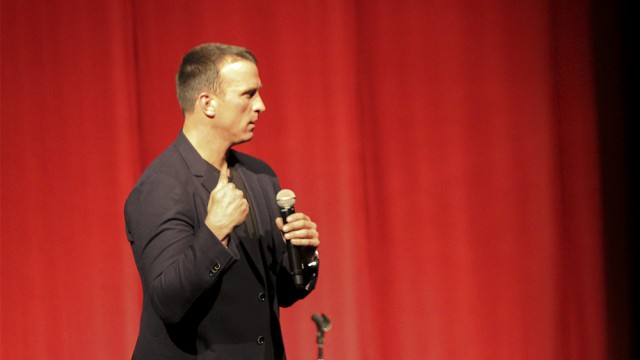 Chris Herren, BC ’97, Brings Lessons In Sobriety Back To Chestnut Hill

That was the progression of just some drugs used by former Boston College basketball player Chris Herren, who has taken to sharing his story in an attempt to inspire students to avoid a similar path. He spoke Friday at Robsham Theater about his experiences with substance abuse and his return to sobriety after his near-death experience in 2008. Now, The Herren Project, an anti-substance abuse initiative, works to educate the public about the dangers of experimentation with substances.

Referencing his brief time at BC, Herren explained that he was suspended for drug use, and, soon afterwards, suffered the same consequences at Fresno State, for the Denver Nuggets, and the Boston Celtics. Because of his substance-related decisions, Herren left for China and Turkey to play for their teams, although none of these relationships lasted very long due to his extended drug usage.

“At one point in the NBA, I was spending over $20,000 on oxycontin, heroin, and other narcotics,” Herren said.

He told the audience that he had his best years during his time as the Massachusetts High School Player of the Year and as McDonald’s All-American.

Herren believes that many people know him for his drug history, rather than his performance as a player. Although it seems difficult to expect him to leave with anything but a notorious reputation, Herren thinks that his story might prove helpful to students familiar with it.

Related: Rediscovering Chris Herren: The Star BC Lost And The Kid It Forgot

When he found himself in the hospital struggling with his drug addiction, he felt lost. Rather than seeking out help, Herren wanted to kill himself to end the suffering. But when ultimately left to decide, Herren chose to continue on the struggle for sobriety rather than ending his life.

His talk stemmed from an experience in June 2008, when he almost died from a heroin overdose. Without any money or access to health care, Herren found himself out on the streets with limited options for rehabilitation. He said living so close to death and then finding a network of support helped him return to sober living.

After his recovery, Herren wrote Basketball Junkie, and helped with the release of ESPN Films documentary Unguarded.

Responding to his public appeal to others struggling with drug addiction, thousands of people reached out for advice and support. In 2011, The Herren Project was formed. It serves today as an outreach program that aims to educate the public on the dangers of substance abuse.

Herren’s self-titled project has taken to matching those with substance issues to treatment, serving as an intermediary between addicts and resources available to them. The Herren Project is a response to the increasing number of people struggling with substance abuse, he said.

The project is geared toward helping those who struggle with substance abuse take their first steps toward recovery. Its educational programs and resources are designed to increase awareness on the often overlooked or ignored signs of addiction.

Although most of The Herren Project’s initiatives involve education and public awareness, Herren also provides scholarships to programs, clinics, and camps to help with self-confidence.

Although Herren’s substance abuse damaged relationships with his wife, his children, his career, and even himself, he sees in this personal loss a potential gain for those who struggle with drugs, alcohol, and anger. 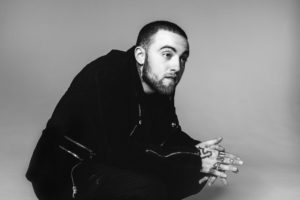