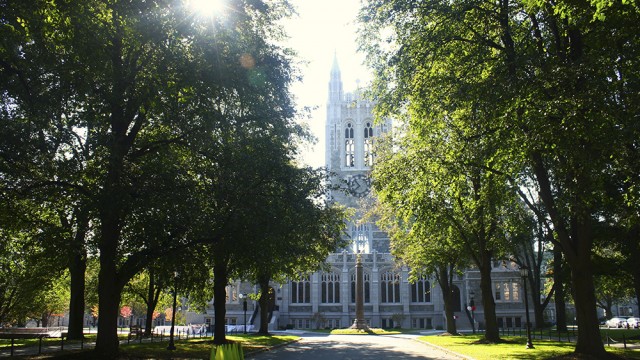 Vimeo – When YouTube isn’t enough, there’s always the cooler older brother that’s in a band and sneaks around spray-painting buildings at night: Vimeo. Vimeo is a website full of a lot of pointless but beautiful videos—some that are beautiful and not so pointless and more well known, like the recent Mod of Cards. Locked inside the staff pick’s page, there is a treasure trove of gems, everything from National Football player’s poetry put to images and intense analysis into how certain movie directors structure their scenes. Recently, test footage for a project called “The Leviathan” was released on Vimeo, and it became an overnight sensation. Hollywood has picked it up for a full-length feature film. If you’re ever looking for a way to kill time, take a peek at the website. Most of the time, it’s just weird stuff. Sometimes though, another gem shows itself. And gems are always worth the wait.

Productivity – You got enough sleep—that’s always where it starts. You beat the omelet line, and you’re in the library when the only people left are those just finishing their all-nighters. You don’t think for a second about checking Facebook, or scrolling through a Twitter feed—you get right down to it. All of the reading gets done an hour before you have to go to class, and then you get an early start on this and on that. You get to class, and you’re on a roll. The day is looking up, and suddenly the whole week—no matter how it was before—is looking up. Self-five.

Getting Sick – It’s not the BC Plague or the BC Stomach Virus—nothing that grand and in your face. It’s a nagging cough that doesn’t go away, a weariness that you can’t seem to shake. We’re approaching the end of the winter season, but that doesn’t mean we’re safe just yet. Advice: avoid anyone who is sick. Sick people usually feel so crappy about being sick that they’re looking to get other people in on the suffering. If you see a sick person, a BC Look-away won’t be sufficient—y’all need to book it. Don’t believe me? Be ready to suffer the consequences.

Your Bracket – It doesn’t matter how carefully you chose the teams you thought were going to be moving forward. It doesn’t matter how much time you spent watching ESPN, getting the low down on every single player. All of the late nights you should have been studying for biology but instead you were in the basement of Bapst figuring out what the upsets were going to be were for nothing. Your bracket sucks. Get over it. 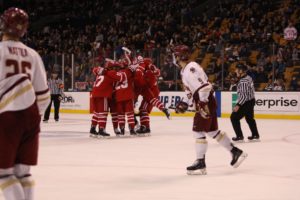