Home » Obamacare Not So Caring 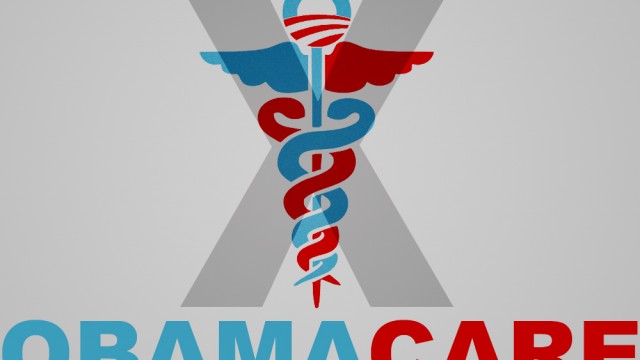 Obamacare Not So Caring

The case of King v. Burwell presents a dramatic challenge to one of the most important provisions of the Affordable Care Act (also known as Obamacare), a landmark law passed in 2009 dedicated to providing Americans with easy access to affordable healthcare. The Affordable Care Act stipulates that individuals will purchase insurance on “American Health Benefit Exchanges” managed by individual state governments. The incentive for buying insurance through the exchanges is that the Internal Revenue Service provides a tax break for financially qualifying Americans.

The Affordable Care Act simultaneously mandates two things that infringe on the appropriate federal oversight regarding subsidy distribution. The first is that states must establish their own exchanges, and the second is the qualification that if a state does not “elect” to establish an exchange, the federal government will establish and operate the exchange for the state.

The heart of the matter is that the Obama administration dangled the proverbial carrot of absolute subsidy assurance to states in exchange for their adoption of the Affordable Care Act. This both limits premium options of health insurance buyers and also determines whether a patient is entitled to a subsidy against his own insurance from the IRS. The plaintiff’s challenge to the regulation is that the IRS, in its interpretation of the language of the Affordable Care Act, went beyond its scope, stating that buyers are entitled to subsidies from the federal government if the states elected not to establish exchanges. The fevered issue now is that 36 states did not establish exchanges knowing their constituents would not qualify for federal subsidies, making this a case of high stakes litigation. Because of the complexity of the case, I felt it appropriate to establish the facts of King v. Burwell and to contextualize it for readers. Having done that, we can now move on to its implications.

Fundamentally, the ruling of this case is critical for the establishment of precedent for federal influence in lawmaking—can the executive branch simply reverse a law when it sees fit? In this case, in an apparent instance of executive overreach, it is a question of separation of powers. Utah Senator  Orrin G. Hatch adamantly chastises the Obama administration’s assault on the letter of the law. He explains that “the Constitution does not permit the federal government to order states to do things. The federal government and the states are coequal sovereigns. The federal government cannot command the states to do something any more than one state can command another state to do something.” What Hatch describes here is known as the “anti-commandeering principle,” the precedent for which is deeply embedded in Supreme Court case law.

But beyond the legal scope, this very issue impacts millions of Americans paying for health insurance. It is always difficult to speak in categorical terms, but the only reasonable solution going forward at this point, it seems, is to effectively dismiss Obamacare altogether and put all healthcare management activity on the individual states. The first problem that must be addressed is that of the eight million Americans who purchased health insurance through federal exchanges in the previous fiscal year under the false assumption that subsidies would be available for them (as the Affordable Care Act had stipulated before the case of executive “flip flopping”).

Perhaps the bigger problem, however, is the status of subsidies for the residents of the 36 states that did not establish exchanges (although it should be noted that they do not lose purchased insurance coverage premiums). Although affected individuals have options for maintaining coverage or replacing existing coverage, many may not be able to afford unsubsidized premiums even under a less expensive plan. This ushers in a cyclical problem contributing to the degeneration of the health care system.

The onus now falls on the Supreme Court and Congress to address this problem. First, the Supreme Court must not uphold the Affordable Care Act “subsidy scheme.” Next, the states must resolve themselves not to establish or adopt exchanges (in this the categorical is the only viable solution). States gain no flexibility and also burden themselves with long-term costs. In terms of federal action, Congress and the states must proactively exempt individuals and employers not participating in state exchanges from regulations and mandates of the Affordable Care Act.

The irony is that basic premium analysis in the 36 states without exchanges shows that the cost of coverage was markedly less before the adoption of the Affordable Care Act. The social, political, and economic headache of Obamacare continues to wreak havoc on the health care landscape of the United States, with no end in sight.

Obamacare affordable care act king v. burwell
Shortcomings In ‘Cultural Christianity’
I Am Imperfect (And So Can You!)