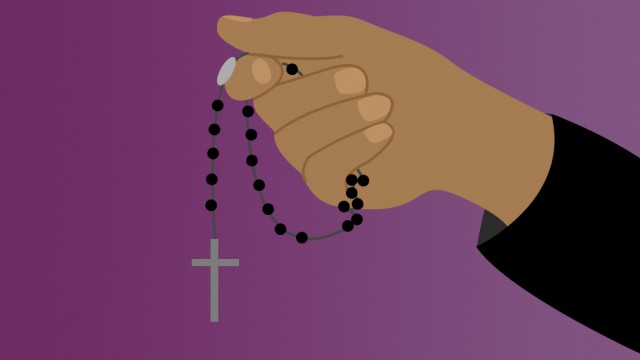 Religion is on its way out.

Superstitious, outdated, and oppressive beliefs are no longer needed or wanted in our modern world. This is the narrative that has swept the once-Christian West, asserting itself from Oxford University to Indiana. We are beyond faith, goes the argument, and better for it. Our secular values will soon create a liberal, egalitarian utopia. Disciples of the new religious orthodoxy point to Denmark and other Scandinavian countries as evidence for their confidence—according to studies, these progressive paradises are both the happiest and least religious places on Earth. If the rest of the world follows suit and abandons belief, we are told that we will join the Nordic nations in their calm prosperity.

But the story is much more complicated than this simplistic and utopian story suggests.

Denmark, it turns out, has an official state church, and a full 78.4 percent of Danes are members. Every year, 70 percent of teens are confirmed in the church. True, the nation is by no means devout—in a recent poll, only 25 percent of respondents agreed that Jesus is the Son of God. But the situation is not as conveniently secular as many would like to think.

The Danes, it seems, have adopted “cultural Christianity,” a system in which Christianity provides a moral foundation and social glue, even if individuals don’t believe in the faith’s literal truth. Denmark isn’t alone—this description summarizes the experiences of many Europeans. From Spain to Britain to Germany, less than 10 percent of the population attends services any given week, while well over half calls itself Christian. Why is this? Why do people hold on to a religion they don’t actively participate in?

Perhaps they intuitively understand that the West’s modern values are utterly founded on Christianity, that abandoning the faith means abandoning the cultural consensus it creates. In the words of secular Italian philosopher Marcello Pera, “The very ideas on which liberal societies are based and [are] justified—the concept of the dignity of the human person, the moral priority of the individual, the view that man is a ‘crooked timber’ inclined to prevarication, the limited confidence in the power of the state to render him virtuous—are typical Christian or, more precisely, Judeo-Christian ideas. Take them away and the open society will collapse.”

Some, perhaps, will bristle at this conclusion. Why do we need God to be good? Are we really that selfish? Isn’t humanity a value in and of itself?

The fact is, humanism is cut from the cloth of Christianity. The only reason it makes sense is because our society has been deeply imbued with 2,000 years of exhortations to love our neighbor, to serve the poor, and to humble our pride. Christianity’s own cultural inertia makes these values appear to be self-evident truths, but without the memory of faith’s firm assurances, there would be very little basis to make meaningful moral claims and expect others to follow them.

So it shouldn’t be surprising that even when individuals lose belief, they still hold onto the idea of Christianity. “Cultural Christianity” makes a certain amount of sense. It allows individuals to live somewhat coherently, acknowledging the source of their values rather than living untethered and inconsistent existences.

While it is undoubtedly preferable to militant secularism, however, “cultural Christianity” is ultimately a deeply flawed proposition. Turning Christianity into a vague set of platitudes warps it into a shadowy reflection of the real faith. It distorts the true spirit of the religion, turning something demanding and radical into an easy and conventional convenience.

Moreover, “cultural Christianity” is unsustainable. If there’s nothing genuine left in the faith—if people don’t actually believe the creed they profess—then the church is running on fumes. New generations will reject it wholesale, reacting against the hypocrisy surrounding them with hate and disgust. They will conclude that if the values of Christianity aren’t true, they must be false. In their eyes, the Church will be a nonsensical charade, and they will fight passionately to destroy it.

So let’s not slip into “cultural Christianity.” Let’s keep the faith running strong, based on the life of Christ—on His historical and physical existence—rather than on wishful thinking and opportunistic philosophizing. If we do this, we will find that true Christianity doesn’t fade into culture—rather, it perpetually changes culture. Only in this genuine, passionate, and active way can Christian morality survive and thrive, allowing for 2,000 more years of loving our neighbor.

TU/TD: Game Of Thrones And Online Shopping
Obamacare Not So Caring