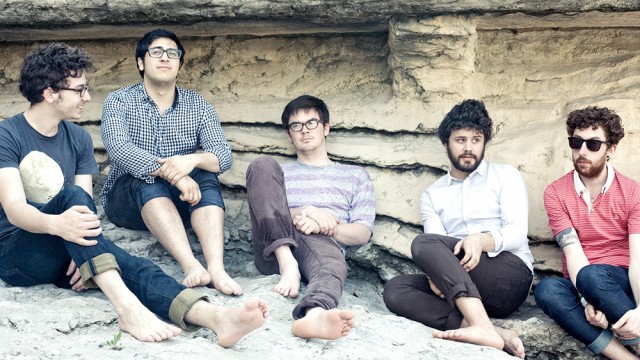 Passion Pit Mellows Out With ‘Kindred’

Capturing the forlorn feelings of rainy days as well as the promise of blossoming friendships, and adolescent optimism, Passion Pit’s Kindred highlights the woes and joys of family matters. Kindred, Michael Angelakos’ third studio album, continues to deliver a nuanced style and sound from what has normally been labeled alternative electronic dance. In this latest work, Passion Pit gives a simultaneously fun and uplifting soundtrack to a narrative of growth and renewal.

Lyrically, the whole of the album does persist in the style we’ve seen from Passion Pit in the past. A catchy chorus, interspliced with some spurring thoughts from Angelakos seems to be a winning formula. As a subset of the electronic dance movement, Passion Pit functions essentially as alternative even when it it flexes it synthetic and mixing muscles while remaining tethered to its rock roots. This is captured well in the lyrical content of the songs. Kindred continues on in this fashion, using an electronic, synthetic sound, while keeping a rock pulse with impassioned lyrics. In Kindred especially, we see a more centered theme—kin, personal growth, and friendship. Certainly in this album, attentive listeners will find the same kind of relatability and comfort in the simple words as they have found in the other work of Passion Pit.

In sound, Passion Pit varies its tempo through the album much more than in the past. From fast paced builders like “Five Foot Ten (I)” to slower more reserved pieces like “Looks Like Rain,” Kindred offers a variety of energy levels. This is appreciated and welcomed in the often high octane nature of any derivative electronic dance genre, yet Passion Pit again finds the middle ground. Kindred finds ways to both invigorate and soothe.

Two of the singles, “Lifted Up (1985)” and “Until We Can’t (Let’s Go)” function as a backbone for the album. The tracks provide a strong intro and center to the album. These songs set the precedent thematically, speaking of the sky, rain, love, and youthful ambition.

On a technical level, the use of the synth in different areas gave each song some variation, but similar sounding progressions. The synth does not overshadow or mute the presence of the drum and bass—which classically function as a track’s lifeblood. In many cases, Passion Pit’s ambient synths seem to trade off against the drums and bass. This facilitated the feelings of progression and variability within the songs themselves, but made the distinction between songs more difficult.

Kindred seems to point Passion Pit in a new direction. Thematically, Angelakos finds a center in speaking on the subject of youthful progression, giving a certain amount of uniformity to the album. The similarity between songs, however, leaves something to be desired on the technical level. Though one may find enjoyment in individual pieces and delve wholeheartedly into the sentimental lyrics Passion Pit is known for, nothing on the album really stands out as unequivocally unique. Though the previous album Gossamer was known for being chaotic and unpredictable in progression and nature Kindred feels almost too safe.

Though electronic dance and its derivative forms may not be for everybody, there is an enjoyable experience to be had in Kindred. Certainly, some of these songs will infect the airwaves in the coming summer months and solidify Passion Pit’s spot in their indie pop niche. The song “Lifted Up” said 1985 was a good year. For Passion Pit, 2015 will be a good year too.

album review Passion Pit
Janelle Monae Is QUEEN Of “Yoga”
‘Us Kids’ Is A Bold, Psychedelic Step Ahead For Small Talk