Home » A Different Kind Of Selfish 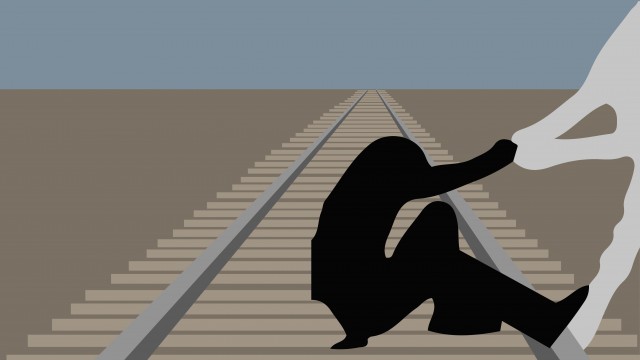 A Different Kind Of Selfish

Every single act we do is selfish. The machine through which we perceive and act in the world is, by definition, the self. Any action, thought, or emotion, however magnanimously motivated, still comes from some desire of the self. Acting completely selflessly, then, is impossible, because in every action we make, we always consider ourselves, at least extremely latently.

This may sound like a “by-definition” cop-out, or simply incorrect. Proceeding forward with those disclaimers, I will attempt to argue the contrary: that not only is everyone selfish, but also that selfishness is not necessarily a bad thing.

Imagine your loved one tied to the train tracks, because apparently you both fell into a magical phone booth that was actually a wormhole to the 20th century, when everything was silent and sepia, and also when you all had made serious enemies with the maniac railroad magnates of the day. Actually, for simplicity, just imagine a bus. No time travel.

The bus careens toward your spouse, and (s)he stands stock-still, staring into the eyes of the driver. For some reason, she is not moving at all. Even if you dive in front of the bus to save him/her to push him/her to safety, you are still thinking of yourself, if only subconsciously. So, you give your life for another (maybe we should abandon the entirety of the initial example and make this “other” a complete stranger). Why? To save them. Why? Because you will do anything possible to prevent a human life being extinguished. Why? Because the alternative is horrifyingly disturbing. You see the imminent collision and—in a clearly reductive but not inaccurate summary—think “I don’t want to be disturbed. Here, take me!”

In response to this scenario, one might retort that no one has the instant foresight to realize his or her future distress so quickly that he or she can respond to it, and that when faced with this type of instinctual response, conscious reasoning is a moot point. And I would tend to agree. This action, however, can be defined as self-centered in that it emanates from the self, of which instinct is a part. If it didn’t live there, then where would it reside? In another? I really hope not. Yes, my instinctual responses have been inherited through a long lineage of humanity that extends back to the time when fire was new and coral reefs were still a thing, but it is also “I” who inherited them.

“Why am I writing about this seemingly (probably) pointless subject?” I ask myself at this moment. Probably because I want to justify my own self-centrism, but also because this type of egomania is inescapable. When speaking of Sept. 11, for example, after an inevitably somber preface, we often ask each other, “Where were you?” rather than “Who were they?” Nearly 3,000 people were killed on Sept. 11, yet at any allusion to that horrible day, we transform a national tragedy into a challenge of our geographical recall. Personally, I was in first grade gym class, and, frankly, no one should give a hoot.

Yet it should come as no surprise that people give in to the tempting tendency to alchemize a day of tragedy into one of national strength and cohesion. Similar to the simultaneously local and nationwide bonding and empowerment proffered by the Boston Marathon bombing, former President W. Bush in his address to the U.S. called for, and believed in, our strength and togetherness as a people.

Clearly, healing through tragedy and uplifting each other through solidarity is not a bad thing, by any means. Quite the opposite, in fact. I only bring up Sept. 11 to solidify the point that we do tend, even in the most extreme situations, to make things about us, whether verbally or subconsciously.

To offer another example, when discussing Michael Jackson’s death, the veritable pop-cultural equivalent to Sept. 11, I am met with the same question, “Where were you?” And again, I know the answer, about which, remember, you shouldn’t give a hoot.

Isn’t it strange how firmly these moments impress themselves upon our memory? Whether through the death of one famous man or through the loss of thousands, our thoughts and emotions always return back to us, yet not in a pejorative sense. We wrap ourselves around events wholly external to us in order to preserve and constantly reinvigorate the existences of others through our remembrance. Homage can, however, quickly turn into misdirected appropriation. Discussing your location on Sept. 11 is no real cardinal sin, but you should try to avoid getting into pissing matches about whose relative was the most “almost-a-victim,” which I have unfortunately encountered. This type of discussion turns the aforementioned virtuous type of selfishness directed toward the other into its conventional, loathsome form.

Without any trace of selfishness, we would be frighteningly apathetic toward our surroundings and our fellow people. We animatedly cheer for marathon runners because the encouragement and support we give them is extremely rewarding for ourselves. We exercise for a temporary endorphin fix as well as for a long-term sense of wellness. If sex and physical activity did not produce dopamine and serotonin, we would all be doing lines of coke off of donuts and grow so plump that we would possess neither the ability nor the interest in reproducing.

If it weren’t for our inborn distaste for death and fear of loss, the world would be a much scarier place. People would casually stroll by as buses smashed into their spouses. No one would remember or care about Sept. 11, or the Boston Marathon, or the man who sang “Thriller,”—the latter of which feels strange but not unwarranted to include, because the only ones concerned would be voiceless. Everything we do is for ourselves, and by means of this self-motivation we may concern ourselves with what is good for us and/or others. So, the next time you throw yourself in front of a bus, just remember you’re doing it for yourself, and that’s perfectly okay.