Home » LTE: A Letter From Chris Marchese To Barb Jones 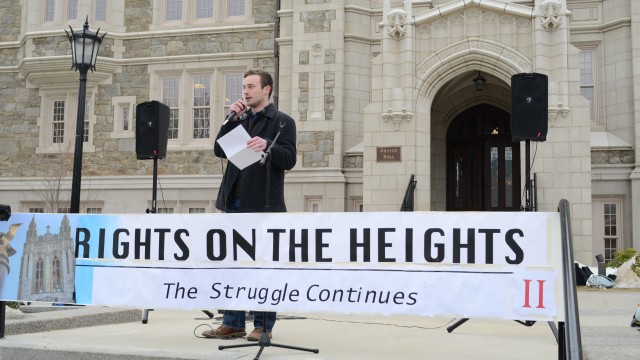 LTE: A Letter From Chris Marchese To Barb Jones

First, let us look at Vice President of Student Affairs Barb Jones’ letter to the editor regarding freedom of expression at BC (4/16/15).  In it, she writes, “Whether it is in examining racial inequality or climate change, Boston College supports the exploration of issues through intellectual discourse and open dialogue. We emphasize the capacity of our students to sort through competing ideas and formulate opinions on their own without a prescribed opinion or action from the University.”  In addition, she states, “As a University, BC vigorously sponsors learning and public discussion on climate change and related issues,” and, “We believe, as a university, that we have an obligation to our students to engage with them on all matters of societal, cultural or intellectual interest” (emphasis added).  These statements sound reassuring, but they are impractical at best and false at worst.

To voice an opinion publicly (i.e., in line with “open dialogue”/“public discussion”), one needs to apply for a demonstration permit.  BC only allows student organizations to apply for such permits.  BC will not recognize a student organization whose beliefs run contrary to its Jesuit, Catholic identity.  Yet, Jones asserts, BC emphasizes the capacity of students to sort through “competing ideas” to formulate their own opinions.  This presents BC with a catch-22: either the University has to recognize all potential student organizations and risk funding ones whose competing ideas are in conflict with Catholic doctrines or it has to sponsor (which means fund) events to expose students to these ideas itself.  This is neither likely to happen nor the most appropriate method for engaging with students.

Furthermore, BC believes it has an “obligation” to “engage” students on “all matters of societal, cultural or intellectual interest,” but since engagement either means “vigorously” sponsoring events or granting permits to student organizations to demonstrate on campus, the current policy raises more questions than it answers.  Will the University personally take up every issue students care about but student organizations don’t address themselves?  How would this work logistically?  After all, “all matters of societal, cultural or intellectual interest” at a school of over 9,000 undergraduates includes a lot of potential discussions.

Next, let us consider a statement by University spokesman Jack Dunn to The Gavel concerning the most recent divestment rally: “The protest today was peaceful and non-disruptive” and “Their [activists’] presence did nothing to detract from a wonderful spring afternoon that featured 2,500 admitted students and hundreds of undergraduates who lined Commonwealth Avenue to cheer on their classmates who were running the Marathon route in support of the Campus School.”  The purpose of BC’s demonstration policy, which applies to all public speeches, rallies, protests, and other forms of demonstration, is to ensure the safety of students and prevent disruptions of the University’s operations.  This basis, however, is undermined by BC’s own observations.  If over 100 passionate and politically-charged activists from the New England region were able to protest peacefully on campus without a permit and neither disrupt nor detract from the University’s operations on a day when there were thousands of additional students and parents present, then surely there is no reason the demonstration policy must be broad enough to cover almost all forms of public discourse and restrictive enough to apply only to student organizations.

Lastly, let us consider the current state of freedom of expression here on campus.  Last semester, during the St. Mary’s die-in, Dr. Jones stated, “The University understands the students’ desire to express themselves and engage with the University about issues of concern,” which is why “We have many avenues for student expression including the opportunity to have permitted rallies and demonstrations.”  For Climate Justice, the opportunity to have permitted rallies and demonstrations to express its opinion and engage with the University on divestment did not present itself because the group is not a student organization.  Thus, Climate Justice had to turn instead to the other “many avenues for student expression,” which, as Jones states in her letter to the editor, include: postponing the event until the group is approved as a student organization, partnering with a student organization that already exists, or hosting the rally in a public location contiguous to campus.  Do any of these other “avenues” seem sufficient for a University that believes it has an obligation to engage with students on all issues?

Creating the ideal freedom of expression policy is difficult, but creating a better one isn’t.  To respect the University’s Jesuit, Catholic values while also engaging with students on all societal, cultural, and intellectual matters, as well as promoting public discourse, BC must eliminate its demonstration policy and allow every individual student to voice his or her opinion publicly and without censorship or prior approval. 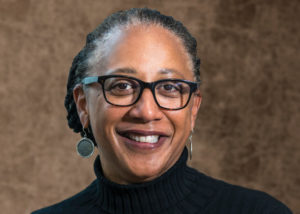 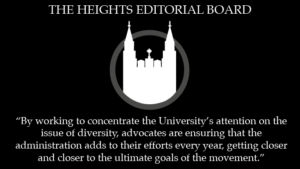 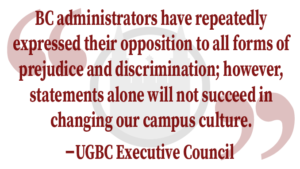