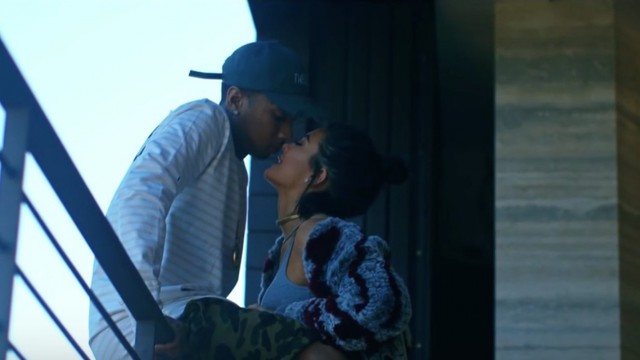 Yes, Tyga and Kylie Jenner are dating. The confirmation of this is essentially the only noteworthy reason, culturally, to watch this video. Hoping to bounce back from the commercial failure of The Gold Album, Tyga has released his music video for “Stimulated” and it fails to live up to the title.

The whole affair takes place on a lavish beachfront property, where Tyga sits crafting lyrics, presumably for his latest mixtape F*K Wat They Talkin Bout. While Tyga is honing his craft, which is paramount if he hopes to keep his career afloat, a mysterious woman is filmed walking towards him. A few moments later, the camera pans and the mysterious woman is confirmed to be non-other than rumored girlfriend, Kylie Jenner. The rest of the video is littered with many public displays of affection between Tyga and Kylie juxtaposed with Tyga meticulously working.

“Stimulated,” ironically (or uncomfortably) sampling Robert Miles’ “Children,” is Tyga’s message to all his critics both for his music and his much-maligned relationship. Despite the images of Tyga’s “affectionate” piggyback rides or the sexual nature of this song, the video and this ballad to the haters fail to convince any of the aforementioned doubters. What this hip-hop video lacks in scantily-clad woman and Beats product placement, it makes up for in endless, cliche beachfront montages, attempting to fool the viewer into believing that this video is some type of abstract visual art. It’s not.

If “Stimulated” is an indication of what’s next for Tyga and Kylie, than Kanye West and Kim Kardashian can rest easy knowing their status as the premier power couple is not any sense of danger. 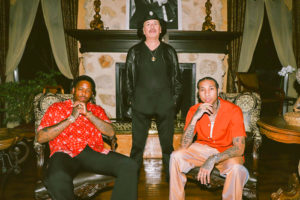 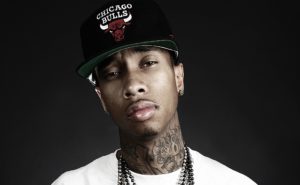