When Macklemore’s “Thrift Shop” music video was released back in the summer of 2012, people like me went crazy over it—and I’m still not sure why. Maybe it was because a mainstream rapper was rhyming about thrift store adventures and not just about sex and drugs, or maybe it was simply because it was a lighthearted piece of entertainment that didn’t take itself too seriously. Whatever intangible factor made “Thrift Shop” so successful, it’s happened once again in Macklemore and Ryan Lewis’ “Downtown.” The video extraordinarily balances the weird and the epic.

It begins with Macklemore greeting a moped salesman and eventually settling on one that was “800 cash … a hell of a deal.” He then drives the moped through the wall and rolls “downtown” with the crew. This essentially sets the over-the-top tone of the video, full of choreographed street dancing, hilariously dramatic moped motorcade sequences, powerfully anthemic rock hooks by vocalist Eric Nally, and a random guest cameo by retired MLB star Ken Griffey, Jr. Even the clever lyrics and ridiculous, mold-breaking style of Downtown are pretty hard not to love.

Macklemore has at times proven himself a thoughtful and socially aware artist, penning hits that deal with topics like sexuality (Same Love) and substance abuse (Otherside). That said, it’s refreshing to see him return to the playful weirdness that catapulted him to massive success three years ago. 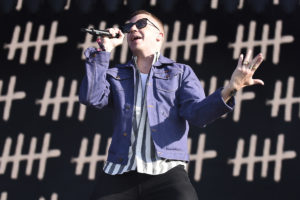