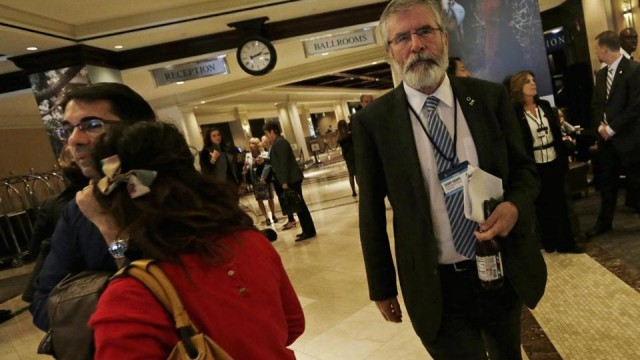 Sinn Fein president Gerry Adam was arrested last spring in connection with a 1972 murder that was disclosed in an oral history project sponsored by Boston College. He will not face charges, according to The Boston Globe.

All participants in the oral history—The Belfast Project—spoke to the University under the condition that the information would only be released upon their deaths. The materials were subpoenaed, however, due to questions about the 1972 death of Jean McConville.

The Public Prosecution Service for Northern Ireland has decided not to charge Adams, along with seven others, in this case. The Belfast Project was part of the evidence used in the case.

“We have given careful consideration to the evidence currently available in respect of each of the three men and four women reported and have concluded that it is insufficient to provide a reasonable prospect of obtaining a conviction against any of them for a criminal offence,” Deputy Director of Public Prosecutions Pamela Atchison said in a press release.