Home » Why The Hip-Hop ‘Hamilton’ Works: Breaking The Mold On Broadway 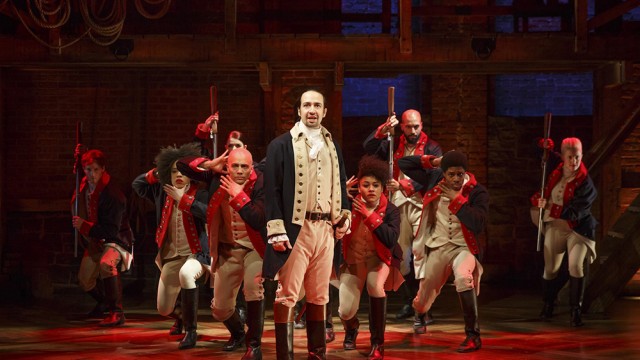 Why The Hip-Hop ‘Hamilton’ Works: Breaking The Mold On Broadway

When news first broke that Lin-Manuel Miranda—an accomplished composer of both music and tweets—was penning a musical based on the life of Alexander Hamilton set largely to hip-hop music, I was conflicted. It simply couldn’t work. Whether it was unappealing to audiences or simply a concept too odd to be successful, most signs led me to assume that it would flop. But part of me also recognized that this concept was bold, unique, and stood out like a sore thumb even before the first note was delivered. As I thought more about it, I came to realize that many of Broadway’s most admired and successful composers through the years have made a name for themselves by bringing something unorthodox to the musical theater world. Perhaps, then, Miranda’s rhyme-spitting forefathers may be less ridiculous than I first imagined.

To see how Broadway composers have found success by breaking the mold, one does not have to look much further than Andrew Lloyd Webber. In 1970, Webber and Tim Rice composed Jesus Christ Superstar—a dramatic, powerful, dialogue-free rock musical that was instrumental in redefining what could constitute a musical. Though classic musicals (like Carousel or The Wizard of Oz) have stood the test of time, rock musicals as old as Superstar or as new as the Grammy Award-winning American Idiot continue to hold a major stake in the musical theater world.

Webber certainly isn’t alone in his innovation of the musical theater industry. Though world-renowned composer and lyricist Stephen Sondheim may not have necessarily introduced a new genre in the same way that Webber did, he brought to the table a fascinatingly complex, unusual, sometimes dissonant but always beautiful composition style that made everything from his repertoire distinct and refreshingly original. When I played violin for a production of Sondheim’s Into the Woods five years ago, I looked at the score and felt that the notation on paper just couldn’t work. I was unfamiliar with Sondheim’s work, but I soon learned that his departure from the traditional musical sound carried with it an exciting and thought-provoking approach to theatrical composition.

Bearing Webber and Sondheim in mind, it became a bit easier for me to understand the logic behind what I originally perceived as an overly eccentric concept in Hamilton. In fact, several aspects of the Hamilton concept actually run parallel to the key ideas that composers like Webber and Sondheim introduced in the past. For one, several of the songs in Hamilton are nearly entirely barren of sung lyrics (with the exception of a few hooks), but rather rely on lyrics often delivered through rap.

It’s similar to Sondheim’s use of layered, syncopated vocal rhythms in uncommon time signatures. Hamilton’s most delicate song, “Dear Theodosia,” is sure to remind listeners that a ballad here or there won’t hurt even the most progressively composed musical, in the same way that Webber didn’t shy away from them in Superstar with “I Don’t Know How to Love Him”. While parallels like these certainly exist and allow for me to analyze why something is good or popular, the intangible, unanalyzable ability of art to connect with audiences regardless of whether or not it adheres to past norms is what composers like Webber, Sondheim, and Miranda have been able to channel so effectively.

To explore different musical styles is daring. To experiment with unusual instrumentation and vocals is inventive. To shine a completely different light on a pivotal piece of history is no small task. To attempt to do all of these and create a cohesive body of work in the process risks complete failure, a kind the composer wouldn’t encounter if the he or she stays within the bounds of what audiences normally expect from a musical.

Finally, to release an unconventional musical to the same musical theater community that allowed former Police frontman Sting’s Tony-nominated musical The Last Ship to flop just months prior is very brave. Perhaps it was faith in the strength and appeal of their composition that motivated Miranda and other innovative composers to think outside the box, or maybe their inspiration to create outweighed the possibility of failure. Whatever the case may be, compositional bravery exemplified most recently through Lin-Manuel Miranda’s Hamilton has continued to blaze new trails for musical theater and contributed to the constant evolution of the art as we know it. 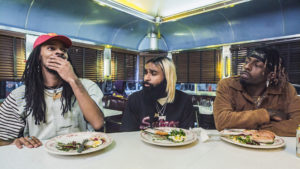