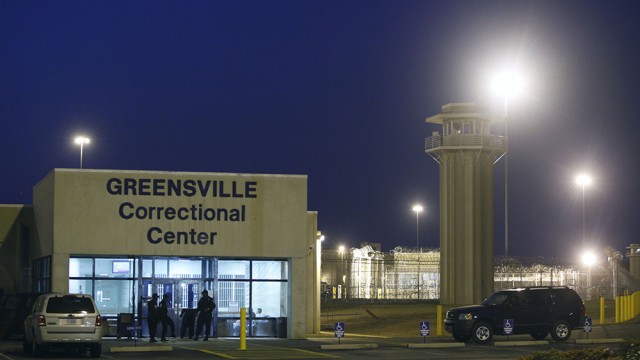 The United States has just 5 percent of the world’s people, but 25 percent of its prisoners. The Sentencing Project, a research and advocacy group, reports that 2.2 million Americans are in jail, a 500 percent increase over the past 30 years. Seventy-five percent of those in prison for drug crimes are poor people of color. All of this costs taxpayers $70 billion a year, according to The Sentencing Project, a national non-profit that advocates for a fair criminal justice system in the U.S.

These concerns about the American judicial system have prompted a group of 19 Boston College students to start Mass Incarceration: Missing in America (MIA). The group hopes to educate students about, and take action against, the wide-ranging, negative effects of so many Americans spending time in prison, on probation, and on parole.

The organization hosts its kick-off event, a slam poetry performance, this Tuesday at 7 p.m. in Eagle’s Nest.

The idea for Mass Incarceration: MIA came out of a six-week PULSE program the students participated in last summer through the Gabelli Presidential Scholars Program. They did community service at different placements in the Boston area, including Bridge Over Troubled Waters, which serves homeless and at-risk youths. At the end of the program, the group decided to start an organization focused on mass incarceration.

“Whether we were working in prisons, homeless shelters, or educational groups, we saw across the board that racial minorities and people of lower socioeconomic status were incarcerated at much higher rates,” Alexandra Mills, a member of the project and MCAS ’18, said. “It’s clearly a huge problem.”

“In 50 years people are going to look back on this like we now look back on Jim Crow. How could people let this happen and not notice the inequality and injustice in the system?”

The students kept encountering people affected by mass incarceration, when most of them did not even know the scope of the problem beforehand—this made them realize they wanted to highlight it on campus during the school year.

“If we haven’t really had to think about it, how many other people on campus don’t know about it?” Mills said.

The idea for Tuesday’s spoken word event came from a slam poetry show some of the students attended last summer, where they were struck by performances that highlighted the relationship between race and mass incarceration. The show was held at Haley House, a soup kitchen and activist group that provides low-income housing and other services.

With Tuesday’s show, the group seeks to extend that conversation to BC.

“The event will include speakers from BC, the greater Boston community, and Suffolk County House of Corrections,” Ameet Kallarackal, CSOM ’18, said in an email.

It is co-sponsored by 18 other groups, including the theology, history, and philosophy departments, BC SLAM!, and Amnesty International.

“We reached out to a lot of people and we had amazing support,” Andrew Cammon, CSOM ’18, said. “This issue is finally getting a lot of bipartisan support and attention from a lot of different groups, and that’s because its existence doesn’t really make any sense.”

Other ideas the group has for spreading awareness include a mass incarceration panel, which could feature some former prisoners, a police officer, and a sheriff discussing their perspectives on and experiences with mass incarceration. The panel would be held sometime in the spring.

“BC is usually such a fiery campus for social justice causes, but on this issue it’s just completely silent,” said John Sipp, MCAS ’18. “I’m glad we’re finally doing something to change that.”

In addition to its awareness campaign, Mass Incarceration: Missing in America plans to take action to solve some of the problems caused by mass incarceration. Right now, they are particularly focused on recidivism—connecting former convicts to available resources.

“The problem isn’t that halfway houses exist, it’s that connecting ex-cons to those kinds of resources is really challenging,” Cammon said. “So we’re in the preliminary stages of outlining a specific action plan.”

In the long-term, the group hopes to establish a permanent Students Against Mass Incarceration club on campus in order to inspire and unite students’ passion about the issue, Mills said.

According to Cammon, some of the 19 founding students, all sophomores, would join the executive board of the club.
The group views mass incarceration as one of the most serious issues facing the United States today.

“One of the people that we talked with, Professor Kevin Kenney in the history department, said that in 50 years people are going to look back on this like we now look back on Jim Crow,” Mills said. “How could people let this happen and not notice the inequality and injustice in the system?”