Home » In The New Year, BC Alumna Will Become First Female District Attorney In The Bronx 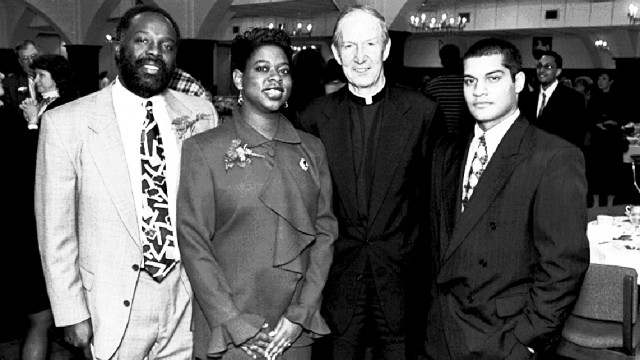 In The New Year, BC Alumna Will Become First Female District Attorney In The Bronx

Darcel Clark, BC ’83, knew that whatever profession she chose, she wanted to give back to the community. After serving as a prosecutor and an associate justice of the New York State Supreme Court Appellate Division, Darcel Clark was elected as the Bronx’s first female district attorney. On Jan. 1, Clark will be replace Robert T. Johnson, who has been the district attorney for nearly three decades. Clark is a member of the Boston College Board of Trustees, and a founding member of the Council for Women at Boston College.

Clark attributes her interest in law to her childhood in New York City. She grew up in the Soundview Houses, a city housing project in the Bronx. Both of her parents gave back to the community in their careers. Her father worked within the NYC housing authority and her mother was a tenant activist. Clark, however, was the first in her family to go to college.

Clark relied on the advice of her high school guidance counselor to create a path for herself after graduation. She always knew she wanted to be a lawyer, and informed her guidance counselor of her future goals. To her disappointment, the counselor suggested that she should attend secretarial school. Clark was confused by this, as she had stellar grades and would graduate with honors. Then, she realized her disadvantage.

“She wasn’t telling that to the Caucasian students that were going to her,” she said. “So I had to find another way to figure out how to go to college.”

“If I had listened to that guidance counselor, I might have been the best secretary in the world, but I never would have become a lawyer or a judge. Don’t let anybody shatter your dreams. Embrace that negativity and turn it into a positive.”

Clark went into the community to search for help, and was eventually accepted into a program that helped inner-city high school students to apply to college.

The program gave out free waivers for college application fees, provided guidance, and took members of the program to tour different universities. One of the Universities she visited was BC.

“After seeing BC and how the campus looked just like the viewbook, I was sold,” Clark said. “Until I left for BC, it would be the first time I was out of New York City.”

At BC, she was actively involved in student admissions and the student government.

“I was there when a lot of first things happened,” Clark said.

Clark was the first executive assistant for AHANA affairs. She was elected to this position by UGBC’s first female president, Joanne Caruso, BC ’82. Clark was also the first recipient of BC’s Martin Luther King, Jr. Scholarship.

Jack Dunn, University spokesperson, said that Clark is remarkably talented, and has earned a reputation as one of New York’s most respected jurists and public servants.

“Most of all, Darcel is a wonderful person who is always willing to help those in need,” Dunn said. “I am proud to call her a classmate and a friend.”

Since graduating BC, she has remained involved as a member of the Board of Trustees. She recently attended the BC v. Howard football game, and was spotted wearing a BC sweatshirt and carrying a Howard University baseball cap—she is also an alumna of Howard’s law school. At Howard University School of Law, Clark stayed active in the community, assuming several leadership roles, including three years as class president.

Her professors and peers saw her as a leader, so becoming a lawyer was a natural fit. Clark’s first job was as an assistant to the district attorney of the Bronx. Since then, she has assumed various other positions, which ultimately led to her becoming the Bronx’s district attorney.

Clark has several goals for her time in office. She will work to make the district attorney’s office more accessible, accountable, and responsible for the people of the Bronx.

The borough has the worst record of cases brought to trial in New York City, as the office struggles with a huge backlog of cases. Clark hopes to make the office more efficient by improving the time in which cases receive trials.

Riker’s Island is the city’s local jail and is under Clark’s jurisdiction. The jail has recently reported some of the worst violence it has experienced in years. Clark plans to collaborate with a number of stakeholders to make the jail safer for inmates as well as the corrections officers and employees.

For those looking to follow in Clark’s footsteps, she has one piece of advice.

“Never let anybody tell you that you can’t achieve your dreams,”she said. “If I had listened to that guidance counselor, I might have been the best secretary in the world, but I never would have become a lawyer or a judge. Don’t let anybody shatter your dreams. Embrace that negativity and turn it into a positive.”

ONE COMMENT ON THIS POST To “In The New Year, BC Alumna Will Become First Female District Attorney In The Bronx”