Home » Celebrating and Saving the Arts 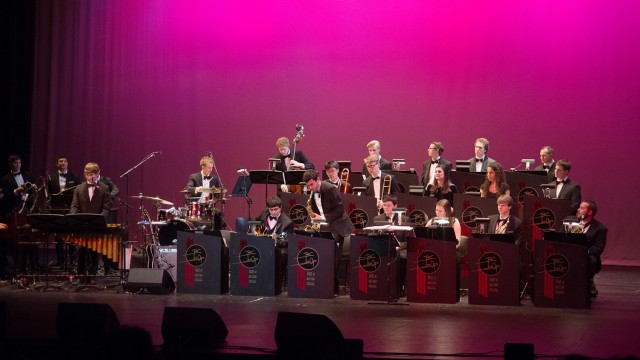 Celebrating and Saving the Arts

The Lyons Hall elevator was moving a millimeter a second. Maybe it was the uncomfortable summer heat or the incessant Welcome Week activities that stoked my restlessness, compelling me to seek refuge from my overly zealous floormates. I glanced at the words “Chamber Society” and “Cello Ensemble” that decorated the yellow flyer in my hands, feeling excitement and nervousness as the elevator inched its way to the fourth floor. The doors eventually creaked open to reveal a dimly lit hallway with the grim tinkling of piano keys reverberating off of its fading walls. Walking amid the unfamiliar shadows, I tentatively made my way to a room sparsely filled with musicians and singers. I was walking into a meeting that I had been eagerly looking forward to since I had arrived here—a recruitment meeting for the various music performance groups on campus.

My initial excitement about joining a performance group began to slowly ebb away as I realized that I did not find that community feeling that I had been searching for since I arrived at Boston College. There seemed to be an unspoken agreement in the room about the appropriate distance between individuals and, most of all, about the distance between them and the rest of the BC community. The longer I sat in the small crowd listening to professors market the different organizations, shrugging off the heavy veil of disappointment became an increasingly difficult undertaking. Despite my doubts, I auditioned for BC’s Chamber Society and was placed in a trio. After weeks of lugging my cello-sized violin case to rehearsal and practicing the music with my fellow trio members, I found myself slumped against my chair at rehearsal, reflecting on my feelings of dissatisfaction.

I come from a small town in Massachusetts where the arts were well ingrained into my school’s culture. Acapella concerts welcomed huge crowds with their infectious enthusiasm and talents. Beautiful artwork decorated the hallways during the beloved annual Encounters with the Arts celebration. Shrek, a hysterical musical production, was the epitome of high school theater success—having multiple sold-out shows and profiting from the sales of souvenir Shrek ears. In my community, art was as integral to the culture as were athletics or academics. Not only were these three parts conjoined harmoniously to form the identity of my community, but they also were celebrated as individual parts, each with unique achievements and contributions to the members of my community. Coming from such an environment and transitioning into my freshman year at BC, I found myself facing an unnerving balance in this new atmosphere.

I thought back to my first BC football game. Maroon and gold decorated the stadium. Foam fingers and clenched fists jabbed into the air, moving in time with the clamoring of the marching band. The crowd roared as armor-clad players raced onto the field. The enthusiasm and pride were infectious. This moment was a microcosm of BC culture. It contextualized how the sense of community and spirit was heavily invested in one particular aspect of this institution.

The spirit within the BC community for athletics is admirable, scarily impressive, and it is one thing I hope for in the arts at BC. At football games, sitting down during playing time is not a socially acceptable option. At my first Chamber Society concert, audience members needed candy-canes as incentives to stay for the duration of the concert. The arts community consists of talented and creative individuals who move tirelessly, going through the motions without celebrating each other properly. While athletics are deeply rooted in BC’s culture, the arts consist of pockets of talented individuals, disconnected and hopefully yearning for the BC community to rally behind their achievements as well. How I see it, such a goal is only achievable if the artists celebrate themselves and each other. When an artist’s passions and achievements are bound up in those of another, they fortify a tenacious community. By collaborating on projects or going to and promoting each other’s events, united artists can claim a principal space in the collection of things that make up BC’s identity.

Art deserves to be a truly integral part of BC culture because it connects the individual to something much greater than his or her own talents and capacities—it is inextricably tied up in the narrative of humanity. It shows us that we have the ability to create our own realities, express our inner truths and passions, and find meaning within our lives. Most importantly, art reminds us of our shared humanity, of how we have the responsibility to rally behind our fellow humans in their creative endeavors. Community is not a uniquely human matter, but the reasons for which it can be unbreakable are.