The coaching carousel for Boston College keeps plugging on.

This morning, BC Athletics announced that Paul Pasqualoni, a 43-year coaching veteran, will join the program as its new defensive line coach. He replaces Ben Albert, who departed for Duke to serve in the same capacity. In addition, Rich Gunnell will become the new wide receivers coach, taking over for former offensive coordinator Todd Fitch—the latter has accepted an offensive coordinator position at Louisiana Tech.

Pasqualoni has previously coached at the collegiate and professional levels. He served as the head coach for Western Connecticut State, Syracuse, and Connecticut. His 107 victories at Syracuse cements him as the school’s second-winningest head coach. He also has eight years of experience coaching in the NFL, most recently as defensive line coach for the Houston Texans.

Gunnell graduated from BC in 2009 and is a former Eagles wide receiver. As a senior, he served as team captain and was named MVP. He briefly held a spot on the Kansas City Chiefs’ roster, but did not see any NFL action. Gunnell most recently served as head coach of Marian High School in Framingham, Mass., and was an assistant defensive line coach at Tufts. He was also a graduate assistant at BC in 2012 and 2013.

BC Athletics has also announced other coaching changes. Pasqualoni will have help coaching the defensive line from Al Washington, who was named special teams coordinator earlier this offseason. Washington previously held the title of running backs coach. Tight ends coach Frank Leonard has also been promoted to assistant head coach, though he will still work closely with the tight ends. 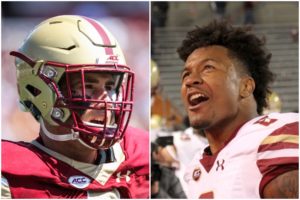 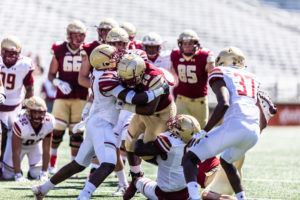 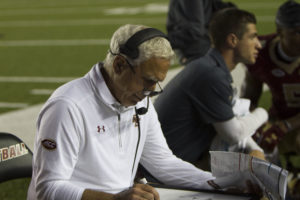